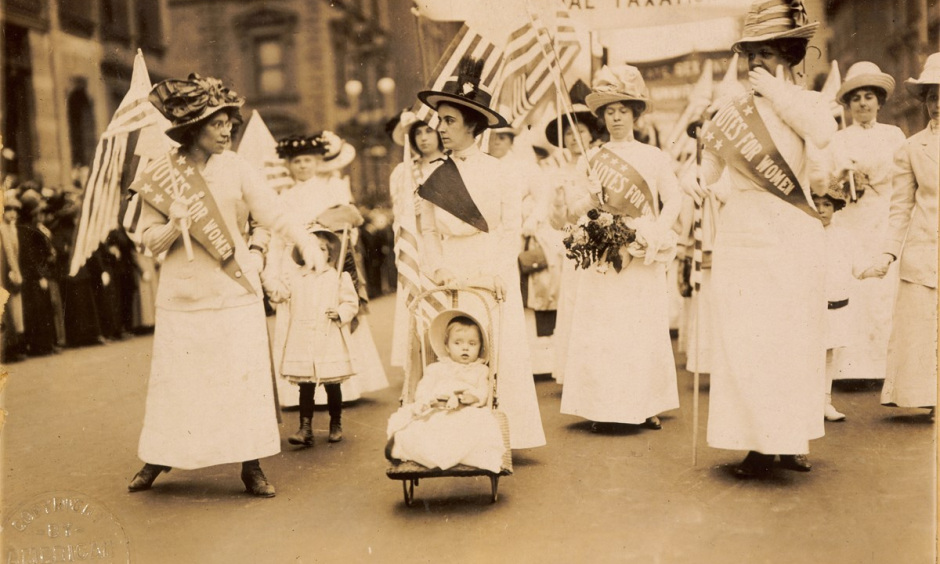 On August 26, we will celebrate Women’s Equality Day and mark the Centennial of the enactment of the 19th Amendment, which said, among other things, that “the right of citizens of the United States to vote shall not be denied or abridged by the United States or by any State on account of sex”. This historic event was the culmination of the decades-long struggle of courageous suffragists determined to shape the course of our Republic. On Women's Equality Day, we commemorate the efforts of those groundbreaking activists, celebrate the remarkable achievements of women, and reaffirm our commitment to equality under the law.

Although the 19th Amendment was ratified on August 18th, 1920, it was not until its certification by proclamation – meaning that it had been ratified by a two-thirds majority of states - a week later, on August 26, that it was officially enacted. Women’s Equality Day reminds us of the hurdles overcome by the heroic women who faced violence and discrimination in their efforts to continuously advance the Women's Movement.

To honor the Centennial of the 19th Amendment, the Office of Civil Rights, in partnership with the National Park Service, will host a Women's Equality Day virtual event titled "Woman's Suffrage and Empowerment." The event will take place on August 26, 2020, at 2:00 pm EST at www.doi.gov/events. All are encouraged to participate. Closed captioning and virtual sign language interpretation will be made available. For additional reasonable accommodations, please contact Ms. Acquanetta Newson at Acquanetta_newson@ios.doi.gov. To learn more about this landmark legislation, visit the National Park Service's 19th Amendment page.

Despite the fact that the right to vote, the cornerstone of democracy, belongs to all citizens, this right was not originally afforded to women. In the early 19th century, American women, who generally could not inherit property and made half of a man's wages in any available jobs, began organizing to demand political rights and representation.

The Women's Suffrage movement was successful because a broad and diverse group of women and men worked together to promote change. They demanded that rules written by men and for men be reformed to include women. Women's rights’ groups pointed out the hypocrisy of fighting for democracy in Europe while denying it to half of the American citizenry.

Changing the Constitution was a lengthy and complicated struggle and began in 1848 with the first Women's Rights Convention in Seneca Falls, New York. The Seneca Falls Convention had more than 300 attendees, including organizers Elizabeth Cady Stanton and Lucretia Mott.  The meeting launched the Women's Suffrage Movement, and it was where the rights of American women were outlined in the Declaration of Sentiments and signed by 68 women and 32 men, including Frederick Douglass.

Even though the 19th Amendment was ratified in 1920, many women of color were unable to exercise their right to vote. Though these women rallied alongside white suffragists, many women of color remained disenfranchised until the mid-20th century: Native American women (1924); Chinese American women (1943); and Japanese and other Asian American women (1952).  As late as 1962, some states still prevented women of color from voting on contrived grounds, such as literacy tests, poll taxes, voting ID requirements, intimidation, and claims regarding the legitimacy of residence were all obstacles. It was not until the passage of the Voting Rights Act of 1965, 45 years after the enactment of the 19th Amendment, that Black women were able to exercise this right without restrictions.

The struggle for Women's Suffrage was only the first step toward equality for women. Even though women have made great strides towards equity, diversity, and full inclusion the fight for equal pay continues. While women are paid less than men, women of color are often paid even less. Yet, in virtually every sector of our society, women are significant contributors to enriching life experiences in the United States.  Their resolve, innovation, leadership, passion, and compassion have changed the world and continue to inspire future generations of women.

As we celebrate the Centennial of a woman’s right to vote, the Department of the Interior continues to educate, honor, and value the richness of the diversity of our employees and their contributions to accomplishing our mission.