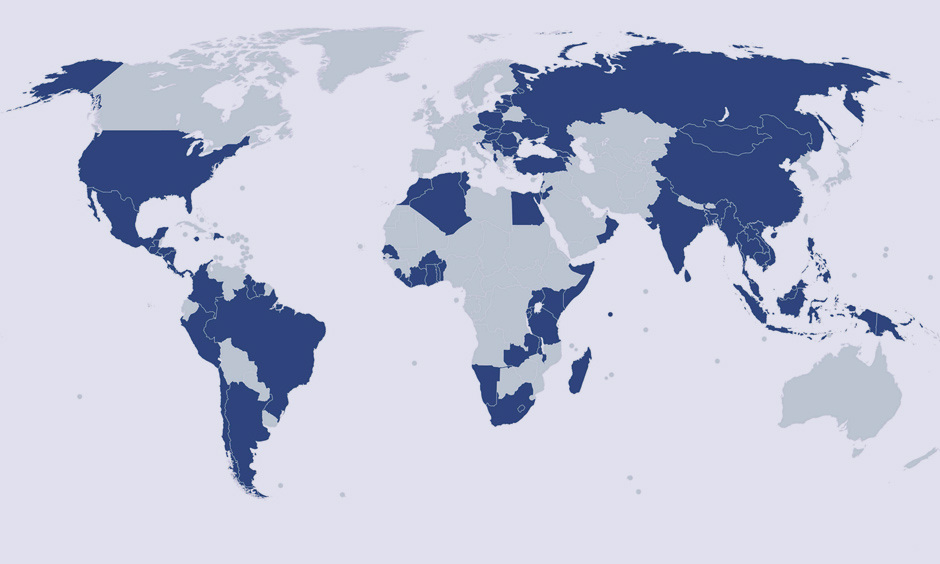 For day-to-day implementation of our work, we rely on technical advisors and in-country coordinators (ICCs), who also provide a bridge for enhanced collaboration between DOI-ITAP and local, regional, and national governments and other local partners.

Our technical advisors and in-country coordinators are technical experts trained in areas such as: 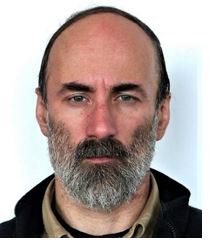 Paata Shanshiashvili is the technical advisor and in-country coordinator for the Georgia National Parks and Ecotourism Program and has supported DOI-ITAP for more than 15 years. He assembled a pool of best practices on protected areas management and mentored about one thousand relevant personnel in Georgia, Azerbaijan, and Armenia.

As a landscape architect since the early 1990s and leader of Georgia’s protected areas movement, he authored the protected areas national concept and framework legislation, "Law of Georgia on Protected Areas System," in 1996 as well as several laws and regulations that have designated 16 new protected areas.

He is a member of the IUCN World Commission on Protected Areas since the early nineties. In 2004, he was nominated for the IUCN/WCPA Fred Packard Award, because he "carried out his duties in the service of protected areas above and beyond the call of duty."

From 1998-2005, he worked as the director of The World Bank/GEF – Georgia Protected Areas Development Project. The project was one of the largest protected areas framework initiatives within the Eastern Europe and Central Asia region and aimed to create an ecologically and socially effective protected areas network. Prior to that, Paata worked as the conservation program coordinator for the World Wide Fund for Nature in Georgia from 1992-1997. 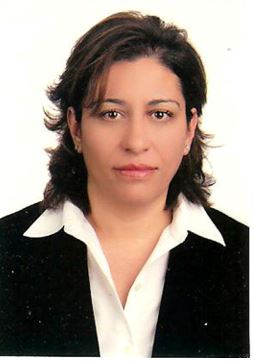 Rana serves as the DOI-ITAP local program coordinator in Jordan for the Environmental Cooperation Project. She has 20+ years of experience with the U.S. Government where she worked with the U.S. Embassy in Amman for over 14 years in the Public Affairs Section and later at the Regional Environment Hub Office. She represented DOI from 2011-2015 in implementing the Jordan Parks Project, funded by USAID; and from 2019-present representing ITAP’s Environmental Cooperation under the FTA, funded by State/OES. Rana is also a well-respected Jordanian painter and manages a Jordanian cultural tourism company – House of Culture.

Mr. Bunnat key skills in nature-based tourism and community mobilization in fundraising and biodiversity protection enables him to develop effective methods to enhance the livelihood of communities through ecotourism design, development, and management. This integrated approach of conservation and development, including the prioritization of key wildlife species and their habitats for protection and tourism, contributes to the enhancement of community livelihoods and engagement in management process through participatory land use/zoning process, tourism services and participatory monitoring/patrol of the conservation areas, is essential for conservation and sustainable use of resources.

Mr. Bunnat's professional experiences, practical skills, and strong motivation in Cambodian wildlife conservation and management permits him to effectively and successfully execute duties and activities in wildlife research in Cambodia, specifically as an In-Country Coordinator for DOI-ITAP's Counter Wildlife Assessment of Cambodia and the region. 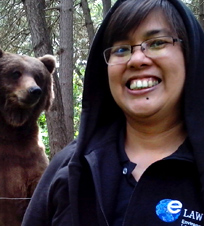 Located in Quezon City, Philippines, Ronely assists with the management of DOI's technical assistance project in the Philippines. Ronely is a legal practitioner focusing on environmental law. She previously held the positions of lawyer III in the Office of the Undersecretary for Legal and Legislative Affairs, and Attached Agencies of the Department of Environment and Natural Resources; legal consultant in the Office of the Assistant Secretary for Legal Affairs of the Department of Agrarian Reform; court attorney VI in the Office of Supreme Court Associate Justice Leonardo Quisumbing; and as the executive director of Tanggol Kalikasan, Inc. She received her bachelor's degrees in English language and law from the University of the Philippines.

Dr. Sophat has worked throughout the country with numerous organizations and partners, to include the Asia Development Bank, World Bank, European Union, U.S. Agency for International Development, German International Cooperation, and various international and local NGOs. His current research interests focus on participatory climate change adaptation/resilience and biodiversity monitoring linking to management intervention, hydropower development, and rural livelihoods in Mekong region and Coastal zone of Cambodia with an emphasis on conservation and livelihood improvement of rural communities. Dr. Sophat is currently serving as a co-chair for a National Ecosystem Assessment Report, funded by the UNEP’s World Conservation Monitoring Centre, and implemented by the Royal University of Phnom Penh and Ministry of Environment.

Dr. Sophat received a MSc and PhD in Natural Resource Management from the Asian Institute of Technology, Bangkok, Thailand, and Post-Doctoral degree in Transboundary Water Resource Management and Climate Change from UNESCO-IHE, Delft, the Netherlands. 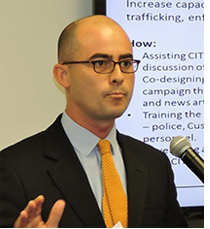 In 2018, Cristobal accepted DOI-ITAP´s invitation to expand its technical assistance efforts to other countries in South America. While continuing his work in Chile, he also supported national and international environmental practitioners working to combat wildlife trafficking in Belize, Suriname, Colombia, Brazil, Peru, and Guyana.

Cristobal has a law degree from Universidad de Chile and a master's degree in environment and development from the London School of Economics and Political Science. He worked as a consultant for the United Nation's Development Programme and Chilean Ministry of Foreign Affairs. He lives in Santiago with his wife Magdalena and three children: Juana, Lucia, and Miguel.

Rafael is the executive director of Friends for Conservation and Development (FCD) based in central Belize, which serves as a DOI-ITAP in-country partner organization. Through DOI-ITAP, FCD has bridged and fostered a vibrant binational effort with Guatemalan NGOs and developed joint strategies to counter illegal wildlife trafficking.Since 1986, Rafael has worked on environmental education and community outreach at the Belize Zoo and Rare, an international nonprofit organization operating in Latin American countries. In 2007, he began focusing his efforts on the protection of the Chiquibul-Maya Mountains, which forms part of the largest contiguous forest north of the Amazon. In 2013, Rafael was named an Officer of the Highest Order of the British Empire (OBE) for his work in the protection of the Chiquibul ecosystem by the Queen of England. Rafael received his bachelor's degree in natural resource conservation from the University of Montana, Missoula, USA, with a specialization in recreation management. 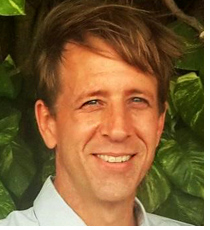 As the director of the Guatemala Program for the Wildlife Conservation Society (WCS), Roan has been instrumental in the planning and implementation of DOI-ITAP work in Guatemala. In 2004, he developed a partnership with DOI-ITAP and the Guatemalan government to improve fire prevention and governance in wilderness areas. Other accomplishments facilitated by DOI-ITAP include the development of an integrated approach to improving protected area governance with the U.K. Department for International Development (DFID) as well as the creation and strengthening of the Environmental Justice Forum of Peten. Most recently, Roan facilitated the establishment of a binational alliance between Guatemala and Belize to eradicate illegal wildlife trafficking with the support of DOI, the U.K. Illegal Wildlife Trafficking Challenge Fund, and U.S. International Narcotics and Law Enforcement Affairs (INL).

In 1996, Roan conducted research on the impact of overharvesting chicle and xate on the Petén´s Maya Biosphere Reserve. He subsequently established the Wildlife Conservation Society’s Guatemala Program, assisting the Uaxactún villagers to establish the Organización Manejo y Conservación and obtain the largest community-managed forest tract in Mesoamerica. In 2001, he led the creation and establishment of Asociación Balam, and spurred its growth into one of Guatemala’s leading conservation organizations.  From 2002 onwards, he co-directed biological monitoring of the Maya Biosphere Reserve, including research on the impacts of certified forestry, deforestation and key animal species.

Roan received his master's degree in Latin American studies with a specialization in tropical conservation and development from the University of Florida, and his bachelor's degree in anthropology from Duke University. 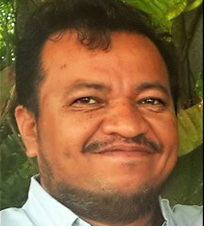 Bayron is the executive director of the Guatemalan NGO Asociacion Balam, which serves as a DOI-ITAP in-country partner organization in Guatemala. Through DOI-ITAP, Bayron has led initiatives aimed at establishing and institutionalizing public participation through cross-sector strategic partnerships that strengthen the voice of civil society as well as help hold the Government of Guatemala (GOG) accountable.  Through these venues, Bayron has continued to advocate for improved GOG regulatory framework and decision-making policy, working well with representatives at all levels of the government, community, and private sector.

Since 1998, Castellanos has worked on programs and projects related to the conservation of natural and cultural heritage in Petén, Guatemala.  Bayron received his degree in archaeology from the University of San Carlos of Guatemala with a specialization in the management of protected areas. He also studied environmental economics at INCAE Costa Rica, and completed postgraduate studies on socio-environmental conflict resolution at the University for Peace San José in Costa Rica. 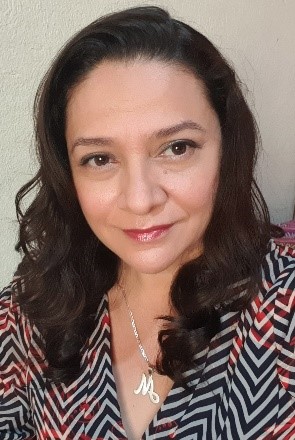 Mirna is the executive director of the NGO Environmental Justice Forum of Petén (“FJA-Peten” in Spanish), an important DOI-ITAP partner for strengthening enforcement of crimes against the environment and cultural heritage in protected areas. The organization also develops training programs for judges, prosecutors, and technical staff of government agencies to bolster the detection, investigation, and prosecution of environmental crimes.

That same year, Guatemala’s Supreme Court signed the “Strategy to Strengthen Environmental Law Enforcement in Guatemala” with the objective of promoting justice across the country and raising the national profile of crimes against the environment and cultural heritage. In 2020, Guatemala posted another two environmental prosecutors (Zacapa and Escuintla) and established two new environmental courts (Zacapa and Guatemala City).

Mirna graduated from the University of San Carlos of Guatemala with a bachelor's degree in law, social sciences, and notary public, and a master's degree in criminal law. 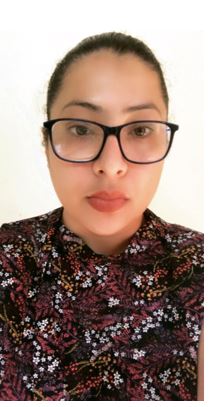 Since 2018, Andrea has worked with DOI-ITAP projects in Central America and Dominican Republic, assisting with management and administration, logistics, and communications.

Andrea has vast experience in the administrative and logistics field and is responsible for the logistical aspects of meetings, workshops, and other project activities organized by the regional office. She also has a role in the data and database management of project activities and in the systematization of data from the law enforcement activities reported by the countries. Andrea also manages and updates the ROAVIS website (www.roavis.net) and the wildlife application phone app (www.vidasilvestre.net).

Since 2010, Siézar has worked in programs related to the conservation of flora and fauna resources. She has a degree in business administration and marketing from Nicaragua´s Central American University (UCA). 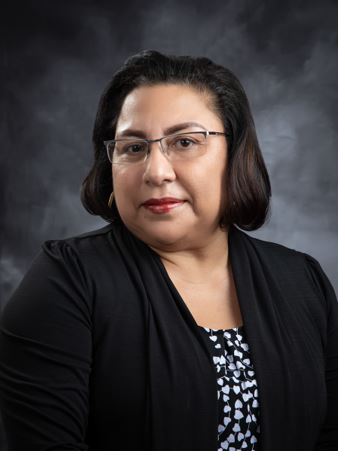 Fatima has coordinated DOI-ITAP projects in Central America and the Dominican Republic since 2008. Fatima holds expertise in the application of international environmental conventions such as CITES, as well as extensive experience in updating rules and regulations to improve implementation of the agreements. She has also developed a wide range of CITES and other training materials for workshops, to be used in “train the trainer” exercises, and via a variety of formats and platforms such as online and interactive.

With DOI-ITAP and at a regional level, she worked for two years to help develop and launch the Central America and Dominican Republic Wildlife Enforcement Network (CAWEN, or ROAVIS in Spanish). This has become a successful working model recognized by other regions, and serves as a strong forum for information sharing, collaboration, and joint activities and training among various enforcement and administrative agencies in the region.

Fatima previously worked with the Central American Commission on Environment and Development (CCAD) as an advisor/consultant on environmental agreements and implementation of regional biodiversity initiatives. She was an official of the Ministry of Environment and Natural Resources of Nicaragua until 2004, acting as lead CITES authority for Nicaragua and as a specialist in biodiversity and strategic planning.