A look back at previous Interior Museum exhibitions…

Awash in Color
June 12, 2017 – January 29, 2018
This temporary display showcased nine of the more than 50 hand-tinted photographs in the museum's collection. Visitors learned about the process of hand-tinting and how it was employed within the Department of the Interior to promote travel on public lands.

Naturally Connected: Charley Harper and the Department of the Interior
February 13 – May 8, 2017

American artist Charley Harper (1922-2007) distilled his observations of nature into bold, highly stylized designs that have remained timeless in their appeal. Naturally Connected reflected on Harper's artistic legacy and its connections to many facets of the Interior's mission, the symbiotic work of Interior’s bureaus, and inter-connectivity within the natural world. The exhibition featured 43 Harper serigraphs from the Interior Museum’s collection, plus 26 loaned materials from the Charley Harper Art Studio, including Harper’s personal drafting tools and two rare color studies for the National Park poster series. 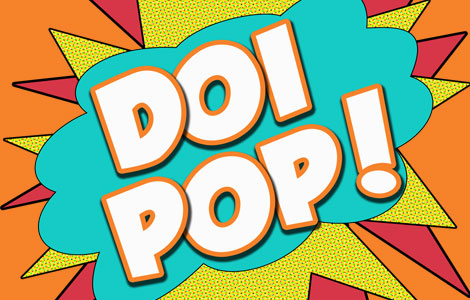 The exhibition ​explored the intersection of the Department of the Interior with popular culture, highlighting classic examples from the early 1900s to the present from across its bureaus. Visitors saw how the Department’s people and places have influenced American identity and figured into television shows, feature films, and bestselling publications. From silent films and animated cartoons to blockbuster hits and novels, visitors discovered just how often America’s public lands, wildlife refuges and national parks—and even the headquarters building—have been cast in memorable supporting roles. With historical artifacts and iconic imagery, the exhibition also illustrated how the Department itself has enlisted icons of pop culture for help in publicizing its missions. 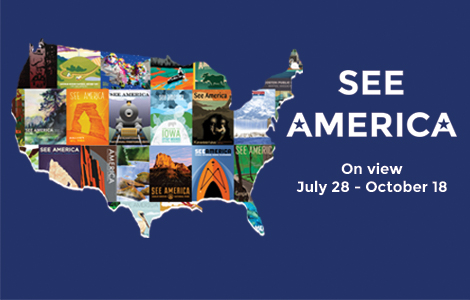 Presented with the Creative Action Network and the National Parks Conservation Association, this temporary show included 50 posters by 46 different artists depicting natural, cultural, and historical sites across the United States. The posters were part of a growing online collection of more than 600 images submitted to the Creative Action Network by more than 185 artists worldwide. Inspired by artwork created for the United States Travel Bureau by New Deal-era artists in the late 1930s, the contemporary “See America” series reimagines the theme for a 21st-century audience. The set encouraged tourism and invited viewers to appreciate and reconnect with America’s treasures. 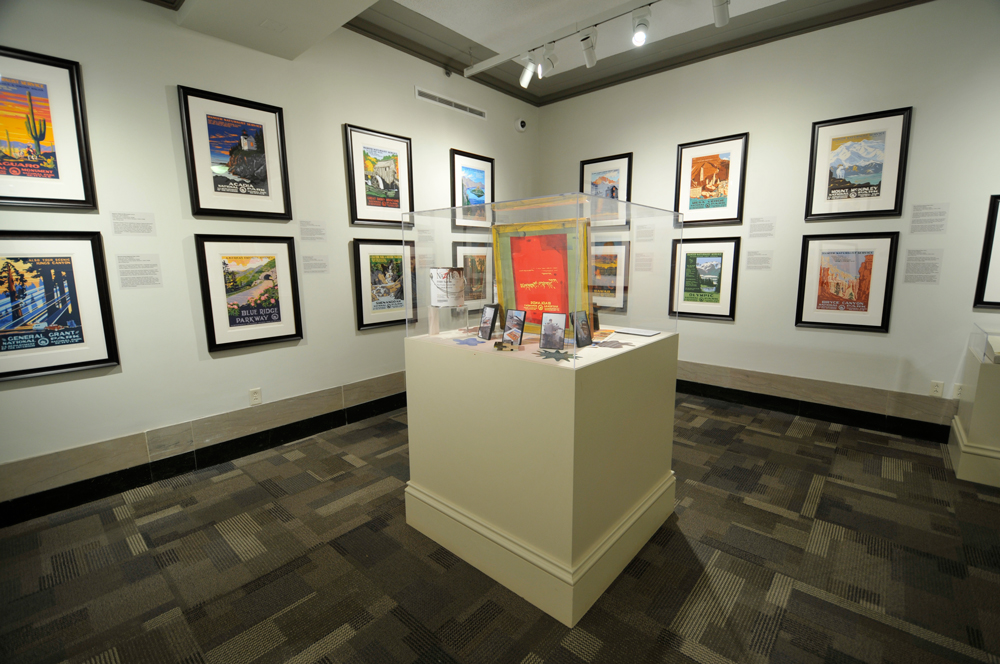 This visually stunning retrospective exhibition united for the first time six rare national park posters produced by WPA artists for the National Park Service in the late 1930s plus a full complement of contemporary editions in the style and silk screen tradition of the originals. Featured were nearly 50 iconic prints associated with 36 national parks, the Arctic National Wildlife Refuge and the Interior Museum. Contemporary editions were done by Brian Maebius and Doug Leen.

Ansel Adams: The Mural Project, 1941–1942
June 20 – November 30, 2009
This exhibition was comprised of eight images reproduced from photographs taken by Ansel Adams (1902–1984). In 1941, the Department of the Interior had commissioned Adams to photograph national parks, Indian reservations, Bureau of Reclamation dams, and other lands and projects in the West with the intent that the images would be installed as photomurals in the Interior's newly completed headquarters building. By June 1942, however, departmental resources were redirected due to World War II, and the photomurals were never realized. A sampling of correspondence and other images complemented this exhibition.

American Place: The Historic American Buildings Survey at 75 Years
July 18 – November 19, 2008
The Historic American Buildings Survey, a division of the National Park Service, began in 1933 as a Works Progress Administration effort to put unemployed architects to work surveying, drawing, and photographing America's architectural heritage. The National Historic Landmark Act passed in 1966, and that effort has continued to document our national structures and to ensure that conceptually they will exist for generations to come. This exhibition contained more than 65 drawings and photographs of historic American buildings.

Coral Reefs: Imperiled Habitats of the Sea
January 18 – August 8, 2008
To coincide with 2008 being the International Year of the Reef, the museum exhibited photographs of coral reefs in U.S. waters and coral samples from the museum’s collection dating from the 1940s and 1950s. The Department of the Interior and the Department of Commerce co-chair the U.S. Coral Reef Task Force that was established by Presidential Executive Order 13089 “to preserve and protect the biodiversity, health, heritage, and social and economic value of U.S. coral reef ecosystems and the marine environment” in the waters of the United States and internationally.