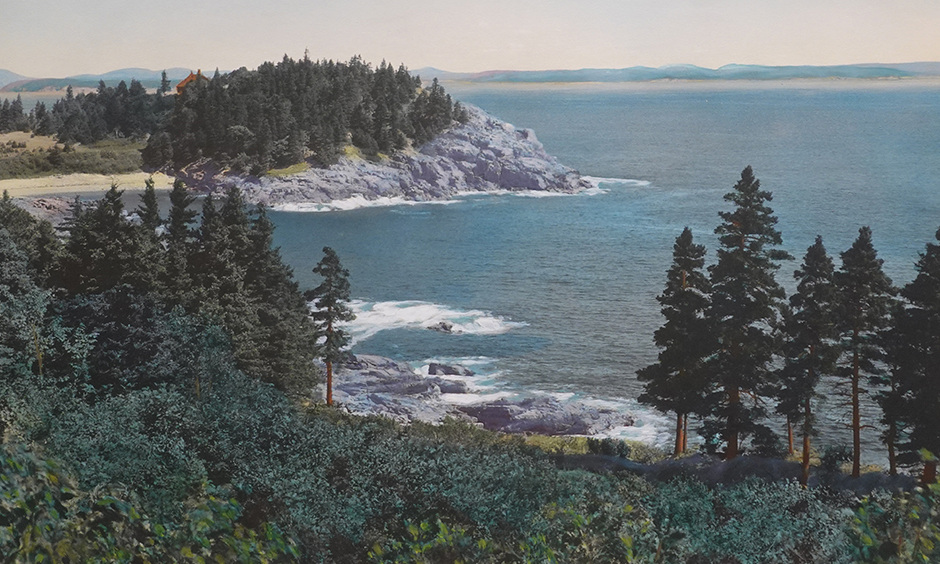 Nowadays, with one swipe of your smartphone’s screen, you can apply a dazzling filter to your latest digital photo. But 150 years ago, just having color in a photograph was a challenge!

Black-and-white photography was invented in the mid 1820s, and no sooner had it come onto the scene, than people began experimenting with color. However, replicable successes with color film emulsions were initially few and far between, so people turned to hand tinting printed photographs until the technology caught up. Hand-tinted photos appeared first in Europe and Japan and then in the United States. From the 1850s to the early 1900s, the technique was employed predominantly in portraiture in order to enhance a sitter’s facial features and clothing. But as photography became more accessible, hand tinting enriched ever more complex scenes. Soon, skilled colorists were quite literally blurring the lines between photography and painting. Even though Kodachrome color film became commercially available in 1935, it was not widely affordable until the 1970s, so hand-tinted photographs remained popular throughout.

The Interior Museum’s collection contains more than 50 hand-tinted photographs. In the examples depicted in this overview, the use of color serves both to impress and to invite the viewer.

The two images below of Oregon’s Crater Lake National Park—taken in the 1940s by an unnamed National Park Service photographer—demonstrate the impact of adding color to an image and offer insight into the colorization process itself.

Crater Lake is comprised of snowmelt and rain collected in the caldera of an ancient, dormant volcano. It’s the deepest lake in the United States, and that depth and purity contribute to its vivid blue appearance. As such, an image of Crater Lake made a great candidate for a hand-colorist to convey what early 20th-century photographic techniques could not.

But the Hayneses are perhaps best known for their hand-tinted photographs. Frank began his photographic career in 1875 taking advertising shots for Northern Pacific Railroad routes. He owned studios in Minnesota and North Dakota. By 1884, he had opened a studio in Yellowstone and quickly established himself as the “official park photographer,” selling his iconic hand-tinted souvenir prints, postcards, and stereoviews to tourists. When Frank retired in 1916, Jack took over the family business and expanded it to 13 Haynes concession shops within the park. Although they closed operations in 1967, Haynes imagery remains highly collectible to this day.

In February 1937, in the midst of the Great Depression, Secretary of the Interior Harold Ickes authorized the creation of the United States Tourist Bureau (later renamed the Travel Bureau). Under the premise that tourism could boost morale and stimulate the nation’s economy, the Bureau’s mission was to promote travel to and within the United States and its territories and insular possessions. The Bureau employed artists and designers to create promotional imagery, and although it was not a prerequisite, much of the material touted national parks.

In this same spirit, the Department of the Interior as an agency was finding ways to more broadly share the unique beauty of America’s public lands. The two photographic images hand-colored by Kathryne Dimmitt (1910–1996) below are good examples. Prior to retiring in the early 1950s, Dimmitt worked for the Department of the Interior for 17 years, serving as an art editor for Bureau of Reclamation publications and later as an illustrator. Independently, she was an accomplished artist and long-standing member of the American Art League and the Miniature Painters, Sculptors & Gravers Society of Washington.

Because hand-tinting is a painstaking process, the Department of the Interior seemed to reserve it for photographs warranting special attention. Often these were enchanting landscapes, but this treatment was sparingly applied to manmade wonders, too. Such was the case with the two images below of Bureau of Reclamation dams, considered to be engineering marvels of their times.

The construction of the massive Boulder Dam—later renamed Hoover Dam—took less than five years and employed more than 21,000 workers during the Great Depression. Straddling the Arizona–Nevada border on the Colorado River, it was the biggest dam in the world when it opened in 1936.

Completed in 1941, Washington’s Grand Coulee Dam is still the largest producer of hydropower in the United States and up until 2009 was the world's largest concrete structure.

In 1934, President Franklin D. Roosevelt signed the Indian Reorganization Act as the centerpiece of his “Indian New Deal”—a series of programs intended to increase tribal sovereignty and preserve Native American culture. At the Department of the Interior, this translated to an unprecedented focus on Native American rights and the creation of the Indian Arts and Crafts Board to promote economic development opportunities for American Indians and Alaska Natives.

In this context, it is perhaps not surprising that the Department photographed the historic Walpi Village at First Mesa in Arizona and emphasized its significance via hand-tinting. The site has been continuously inhabited for more than 1100 years and embodies traditional Hopi architecture and cultural identity.

While the colorist is often unattributed, in this instance the artist is known to be Pascal Hyde (1892–1973). In addition to serving as the National Park Service's Supervisor of Art from 1935 to 1944, she painted pieces that are at the Smithsonian American Art Museum, the State Department, the U.S. Senate, Balboa Park, and in several private collections. The Interior Museum has eight large-scale photographs expertly hand-colored by Pascal Hyde depicting Hawai‘i, the American Southwest, and various national parks.

What better way to instill wanderlust than with a photo? And how much more alluring is it when it’s in color? Hand-tinted photographs like these final examples helped to introduce the public to faraway locales.

This 1930s view of Waikiki Beach and the prominent tuff cone of Diamond Head established Oahu as a Pacific island paradise decades before Hawai‘i became a state. And this last image of the rocky shoreline at Schooner Head gave Americans a tantalizing glimpse of Maine’s Acadia, the country’s first national park east of the Mississippi River.

Public lands still inspire photographers, but with advances in technology, what was once manipulated or enhanced in the darkroom and by colorists can now be accomplished within the camera itself and with post-processing photo editing software. In 1957, eminent American photographer Ansel Adams (1902–1984) wrote, “I can get—for me—a far greater sense of ‘color’ through a well-planned and executed black-and-white image than I have ever achieved with color photography.” What do you think? 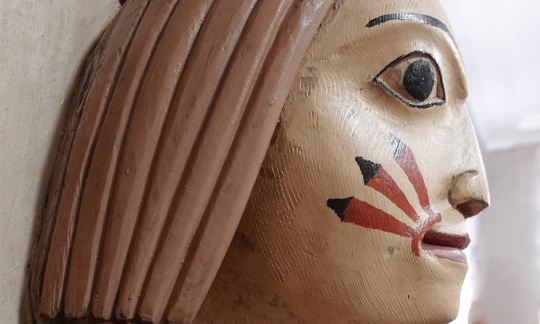