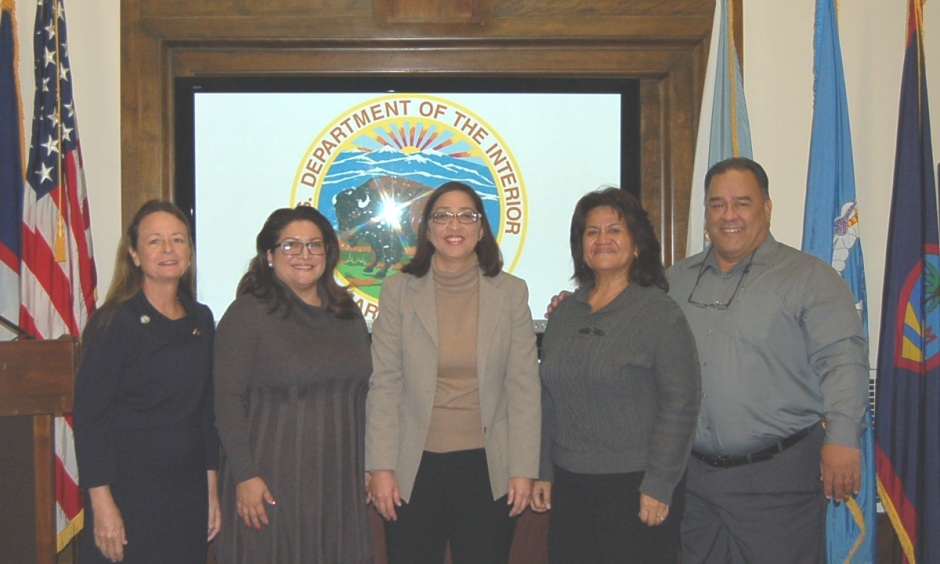 The meeting follows the signing of a Memorandum of Understanding (MOU) on December 6, 2016, by the island Governors and the Assistant Secretary, committing to help prevent, eradicate, and control invasive species as well as to protect and restore natural and cultural resources from the effects of invasive species in the U.S. territories..

“Invasive species pose one of the greatest threats in the U.S. territories to natural and cultural resources, as they are a significant driver of environmental degradation and species extinction,” said Assistant Secretary for Insular Areas Kia’aina.  “We can’t afford to let invasive species go unchecked in the territories.  They could threaten water and food availability, impair human health, damage already fragile economies, and undermine the security of our Pacific and Caribbean regions.”

"The wide expanse of oceans which separate us and previously protected us from invasive species now link us as Territories to help address the influx of invasive species and its impacts to our islands,” said Guam Governor Eddie Calvo.  “I thank and commend Assistant Secretary Kia'aina and the Office of Insular Affairs for facilitating this union through the creation of the USTISCC and for hosting this inaugural meeting. I also thank and congratulate partner territories for agreeing to work cooperatively and share resources to better confront invasive species challenges. I look forward to the great work we will accomplish together."

Governor Kenneth E. Mapp of the United States Virgin Islands expressed his desire to work cooperatively on the invasive species management through the newly established USTISCC when he stated, “The silent invasion of non-native plants and animals adversely impacts all of our island countries.  Collectively, our shared experiences will benefit one another as we strive to protect and restore our precious and unique natural and cultural resources.”

“The establishment of the USTISCC could not occur at a better time than now for the Commonwealth of the Northern Mariana Islands (CNMI),” said CNMI Governor Ralph Torres.  “With economic growth that the CNMI is presently experiencing with development and tourism, the potential for the introduction of invasive species on our islands is at an all-time high. I would like to personally commend Assistant Secretary Kia’aina and the Office of the Insular Affairs for forging for the establishment of the USTISCC. It is through these types of direct technical and financial assistance that the CNMI and the rest of the territories greatly benefitted from. Our economic growth brings me greater peace of mind knowing that effective defensive measures are being developed toward the prevention and control of invasive species.  Olomwaay and Si Yu’us Ma’ase. Assistant Secretary Kia’aina and the Office of Insular Affairs for the great job!”

Efforts of the USTISCC will include  helping to identify or establish programs to institutionalize the initiative; improve biosecurity capacities, including pathway management; develop early detection and rapid response systems as well as joint programs for the eradication and control of species of priority concern; and share best practices, scientific and technical information, personnel, and other resources necessary to facilitate prevention, eradication, and control of invasive species, as well as species recovery and habitat restoration in the U.S. territories.

Establishing the U.S. Territories Invasive Species Coordinating Committee builds on the work of the U.S. Territories Invasive Species Workshop: Capacity Building through Collaboration, a conference held in Honolulu, Hawaii in June 2016 which was co-hosted by the Office of Insular Affairs and the U.S. Fish and Wildlife Service.  The conference sought to strengthen capacity building training and knowledge for territorial officials on how to improve invasive species management in their respective jurisdictions.

The creation of the USTISCC and the territorial invasive species management plans advances
priority actions under the NISC Management Plan which calls for the development and implementation of recommendations to improve Federal-Territorial coordination on invasive species issues.