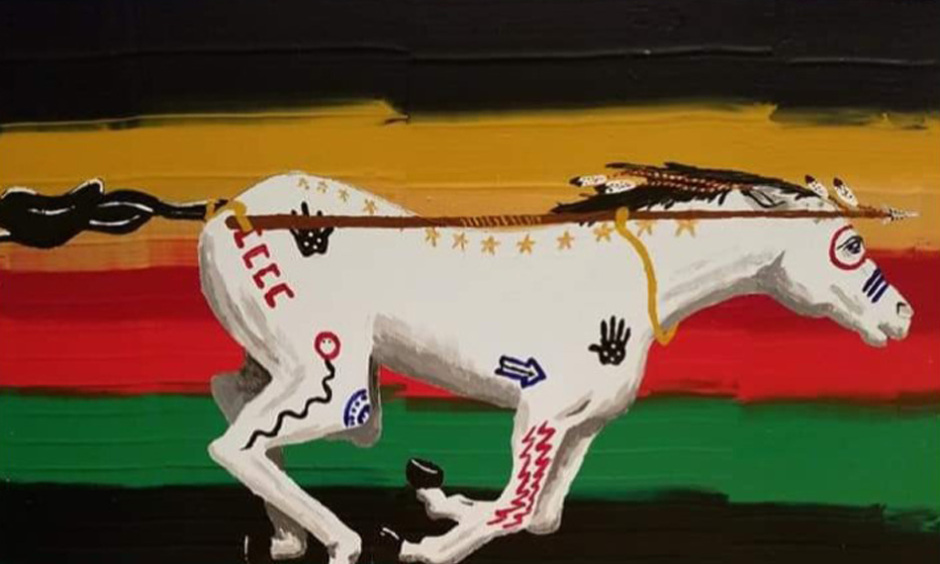 ANADARKO, OKLAHOMA: The Southern Plains Indian Museum, administered by the U.S. Department of the Interior, Indian Arts and Crafts Board, will feature an exhibit of metal art by Gene “Ironman” Smith.  The exhibition will run from July 19 to September 27, 2019.  A reception and gallery talk will be held July 29 from 6:00 P.M. to 8:00 P.M. The exhibition is free and open to the public.

Gene, an enrolled member of the Choctaw Nation of Oklahoma, is an expert in the craft of metal art.  He was born and raised in Sulphur, Oklahoma and currently resides in Norman, Oklahoma.  His mother and father, Edwina Heminger (Oglala Lakota) and Clyde Smith (Choctaw Nation), encouraged him to use his artistic ability to honor their American Indian heritage.  Gene especially took to heart a message from his mother: “Respect the ones that came before you, and the ones that paved the way to where you are today.”

In high school, Gene spent time experimenting with several mediums, and in 2016 he began his metal working journey.  He spent time in commercial welding before transitioning into fine art.  Gene feels a special connection to feathers and this is reflected in many of the designs that emerge from his artworks.

Memories of his mother’s stories led him to create his first life-size metal headdress, which he entitled "Traditional" in honor of her.  Each headdress takes him over one hundred hours to complete.  Gene heats the raw metal with a torch to forge it into shape, then he uses a grinding wheel to etch it with designs and details.  Every sculpture Gene creates is unique, and no two pieces are alike.  Gene feels his inspiration comes from visions given to him by those watching over him.

The artwork featured in the exhibition may be purchased by contacting Gene “Ironman” Smith directly by email at vette8491@hotmail.com.

The Southern Plains Indian Museum is managed by the U.S. Department of the Interior, Indian Arts and Crafts Board. Regular viewing hours are Tuesday through Friday, 10:00 a.m. to 4:30 p.m. All exhibits at the museum are free and open to the public.