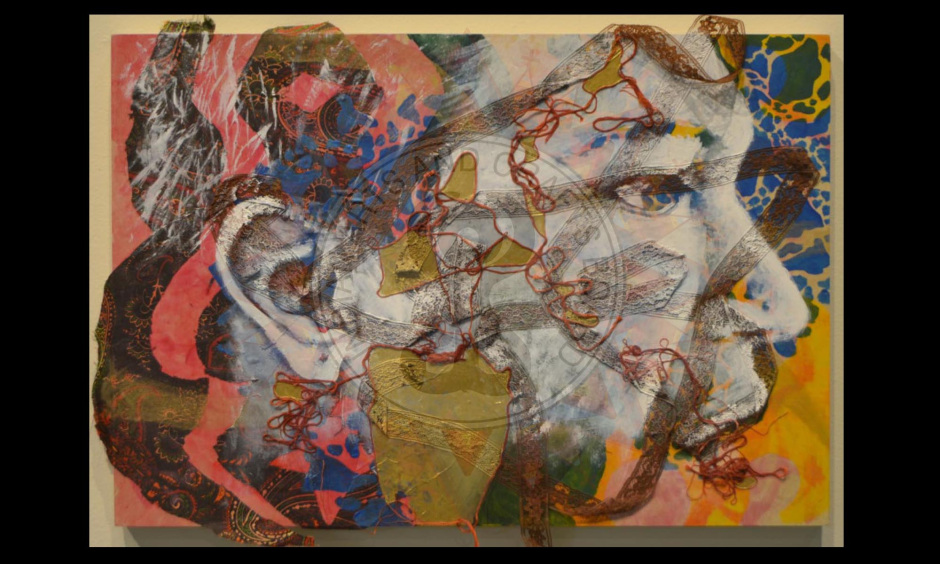 RAPID CITY, SOUTH DAKOTA: The Sioux Indian Museum, administered by the U.S. Department of the Interior, Indian Arts and Crafts Board, will feature an exhibit of artwork by April Holder.  The exhibition will run from October 6 to January 12, 2018.  An opening reception will be held on October 6 from 4:00 p.m. to 6:00 p.m.  Ms. Holder will be available to discuss her artwork during the reception.  The reception and exhibition are both free and open to the public.

Ms. Holder is a skilled emerging artist who works primarily in mixed media portraits. She holds a Bachelor of Fine Arts degree from The Institute of American Indian Arts, Santa Fe, New Mexico. An enrolled member of the Sac and Fox Nation of Oklahoma, she currently resides in Shawnee, Oklahoma.
Personal and historical memories provide the inspiration for much of Ms. Holder’s work. As a child, Ms. Holder was naturally attracted to the arts, and she has been working in portraiture for the past decade. The faces of her family members and friends often provide a starting point for her work. Exploring the narratives behind those faces is a central element of Ms. Holder’s art. Her work is rich with meaning, investigating themes such as the balance between a traditional upbringing and the embrace of contemporary influences, and the strength and endurance of the female spirit. The fabric and threads that are often incorporated into her mixed media works are a reference to her tribe’s history of creating ribbon work in traditional dress.
Ms. Holder received the Powers Award at the 2014 Red Cloud Indian Art Show as well as the Purchase Award in the 2011 Red Cloud Indian Art Show. Her work is included in the permanent collections of the Red Cloud Heritage Center, Pine Ridge, South Dakota and the Imago Mundi, Treviso, Italy. This exhibition will mark the first solo show of her work in a museum setting.
Prices for the artwork can be obtained by contacting The Journey Museum Store at (605) 394-2201. To purchase artwork after the exhibit closes, please contact Ms. Holder via email, holder_ad@hotmail.com.
The Sioux Indian Museum, managed by the U.S. Department of the Interior, Indian Arts and Crafts Board, is located in The Journey Museum, 222 New York Street, Rapid City, SD 57701. For admission fees and hours of operation please call (605) 394-6923.
* Exhibition brochure