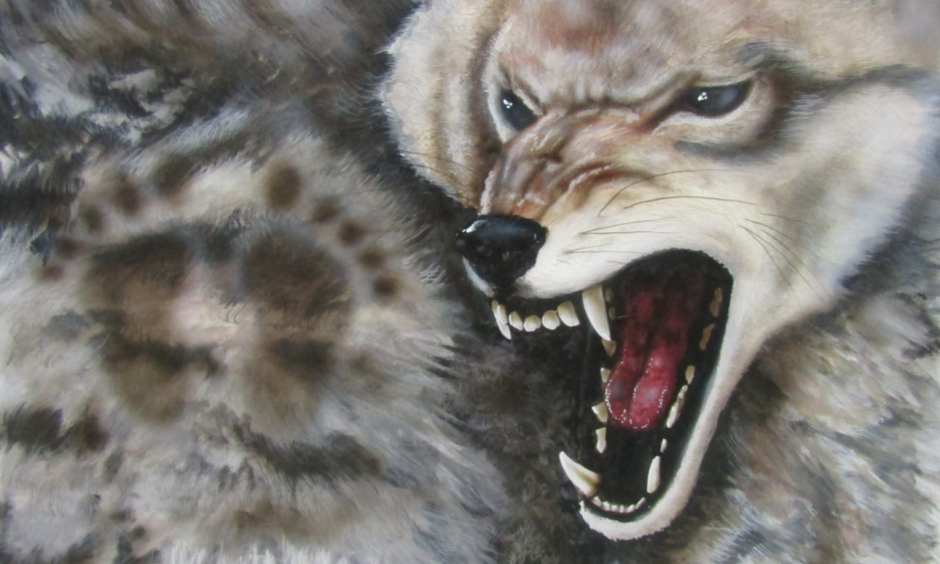 BROWNING, MONTANA: The Museum of the Plains Indian, administered by the U.S. Department of the Interior, Indian Arts and Crafts Board, announces the opening of a special exhibition, Summer Showcase, featuring Don Charbonneau, Duane Slick, and Belinda Bullshoe.  The exhibition will run from June 1 to July 28, 2018.  On Friday, June 1, 2018, there will be an opening reception from 3:00 p.m. to 4:30 p.m.

Don Charbonneau, an enrolled member of the Blackfeet Nation, is a skilled artist who works in a variety of media.  Raised in Washington State, he discovered his love of art at an early age.  For the last forty years, Don has utilized and refined his talent by painting a variety of surfaces from buildings to watercraft.  He is well known in the commercial art and sign industry and his work can be seen from Alaska to Alabama.

Don is currently pursuing more traditional forms of art, while incorporating techniques and materials from the commercial art industry.  Many of his new pieces reveal his Blackfeet heritage and reflect traditional values and customs.  Don's work frequently includes images of horses, buffalo, and human forms.  His use of contemporary methods to paint these figures enhances their dramatic effect and provides a distinctive point of view.  Don has been featured as the Blackfeet Honored Artist of the Month at the Blackfeet Heritage Center and he is the designer of the Montana State License plate honoring the Blackfeet Nation.

Duane Slick, an enrolled member of the Sac and Fox Tribe of the Mississippi in Iowa, is a talented painter and printmaker.  Born in Waterloo, IA, Slick earned his BFA in painting from the University of Northern Iowa and his MFA in painting from the University of California, Davis.  Currently, he is a Professor of Painting at the Rhode Island School of Design (RISD) in Providence, RI.   He began teaching painting and printmaking at RISD in 1995 and has also lectured at colleges and universities across the U.S. and taught at the Institute of American Indian Arts in Santa Fe, NM, from 1992-95.

His studio practice includes painting, printmaking, artist books and storytelling. His visual work blends oral and visual Native American traditions, focusing on trickster strategies and woodland nations patterning. His work has been exhibited widely – most recently at the Albert Merola Gallery in Provincetown, MA, and at RK Projects in New York City – and is included in the collections of the National Museum of the American Indian in New York City, the Eiteljorg Museum in Indianapolis, and the De Cordova Museum in Lincoln, MA, among many others. Slick is currently represented by the Albert Merola Gallery in Provincetown, MA.

Belinda Bullshoe, an enrolled member of the Blackfeet Nation, is a fashion designer and textile artist.  She began creating clothing in 2013, first crafting a scarf, followed by a car set cover.  She dedicated her first dress to her grandmother, Mary Morgan, a well-known artist and seamstress herself.  Belinda learned to sew under the tutelage of her grandmother, whose skill level was such that she was able to create clothing without the need of a tape measure.  When creating a new design, Belinda works spontaneously, without the use of preparatory sketches or drawings.  She draws inspiration for her designs from Blackfeet culture and feels honored to share this rich tradition with the world.

In February 2017, Belinda was the first Native American designer to open a major fashion show in New York City.  Her designs were also featured in Paris Fashion Week in September 2017.  Belinda’s clothing has been showcased in 26 fashions shows to date.