Celebrated as America's First Urban Refuge, John Heinz National Wildlife Refuge at Tinicum was established in 1972 for the purposes of preserving and restoring the natural area known as Tinicum Marsh. It was also created to provide environmental education and connect the surrounding urban communities to nature. More than 1.7 million people live within 10 miles of the refuge, and more than 35 million Americans live within a two-hour drive.

“Urban wildlife refuges provide spaces where communities can connect with nature and wildlife and the bountiful gifts they offer. As we work to address inequitable access to the outdoors for communities of color and underserved communities, places like the John Heinz National Wildlife Refuge serve as a model of what it looks like to create inclusive spaces that all people, regardless of their background, can access,” said Secretary Haaland.

During the visit, Secretary Haaland highlighted how the surrounding Delaware River Basin area will be direct beneficiaries of funding from President Biden’s Bipartisan Infrastructure Law, which represents the largest investment in physical and natural systems in American history. The infrastructure law includes $200 million for fish passage restoration programs nationally and $26 million for the Delaware River Basin Conservation Act.

Secretary Haaland discussed the importance of advancing environmental justice and the Department’s efforts to increase access to nature for all communities. The John Heinz NWR has made an intentional and significant effort to be more inclusive and collaborative across the entirety of its programs by actively listening to and partnering with surrounding communities that have historically been excluded from the conservation conversation. For example, in coordination with communities and local stakeholders, the Service has implemented a curriculum-based environmental education program, a year-long paid high school youth experience program, and a community engagement program.

The Urban Wildlife Conservation Program works through urban wildlife refuges, urban partnerships, and urban bird treaty cities across the nation to apply the tenets of community and partner engagement in their programs, targeting actions to be community and partner-focused, intentional, inclusive and collaborative. This kind of conservation stewardship and efforts to increase equitable access to public lands is also an essential component of the Biden-Harris administration’s America the Beautiful initiative, a decade-long, locally-led and voluntary campaign to conserve, connect and restore 30 percent of our lands and waters by 2030. 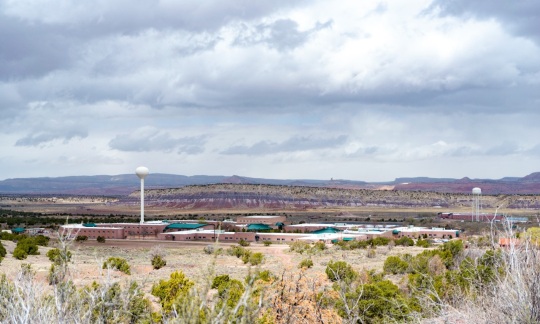