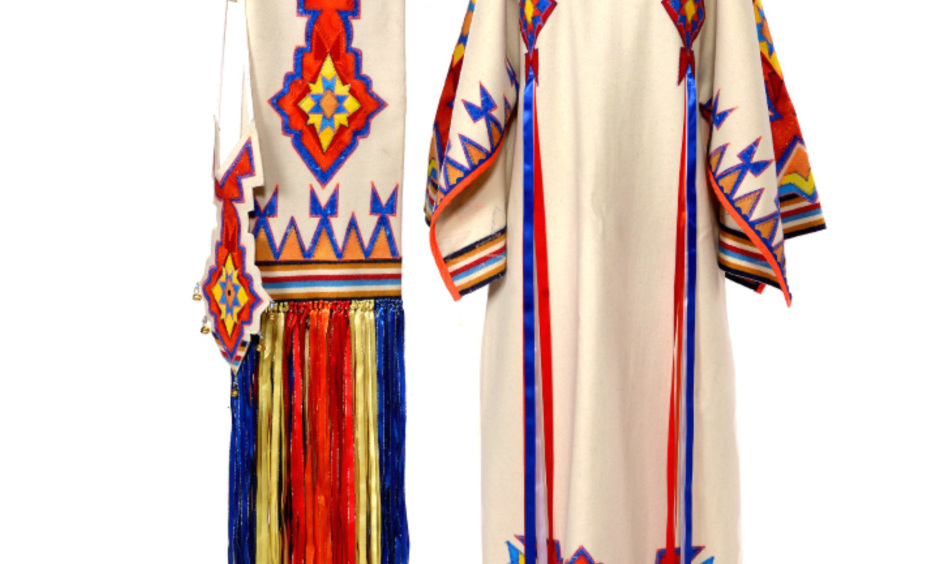 ANADARKO, OKLAHOMA: The Southern Plains Indian Museum, administered by the U.S. Department of the Interior, Indian Arts and Crafts Board, will feature an exhibition of embroidered regalia by Phyllis Whitecloud.  The exhibition will run from September 14 to November 30, 2018.  A reception and gallery talk will be held September 14, from 6:00 P.M. to 8:00 P.M.  The exhibition is free and open to the public.

Phyllis Whitecloud, an enrolled member of the Kiowa Tribe of Oklahoma, is a gifted seamstress and appliqué artist. Born and raised in Phoenix, Arizona, Phyllis currently resides in Anadarko, Oklahoma. Phyllis’s parents Revina (Kiowa Tribe of Oklahoma) and Herman Frank (Navajo Nation of Arizona) were both accomplished artists in their own right. Her father practiced traditional Navajo silversmithing, while her mother created beadwork. A proud mother to three sons, Gary Whitecloud Jr., Moses Tennyson Whitecloud, and the late Lance Windyboy Whitecloud, she also enjoys spending time with her four grandchildren and five great-grandchildren. Following her retirement from Riverside Indian School, where she was employed for 27 years as a home living assistant, she now works full-time as an artist.
As a child, Phyllis learned to sew under the guidance of her mother, grandmothers, and great-grandmothers. From them she learned the basics of dressmaking, as well as appliqué work. She first began making decorative shawls in her early 20’s for pow-wows and as give-a-way items. Later in life, Phyllis attended a class at Haskell University in Lawrence, Kansas, where she learned the ribbon work and appliqué styles of designing and creating Native American regalia.
Over time, her skills improved and her commissions became more elaborate. As pow-wows evolved and became more competitive, so too did the regalia worn by dancers. In response, Phyllis developed new techniques of sewing, ensuring that her pieces stood out from the competition. She began creating shawls to complement her beadwork. Eventually this work led to the creation of entire sets of matching regalia. Over the course of her career she has made over 200 shawls that can be seen throughout Indian Country. Following her work on women’s clothing, Phyllis then turned her attention to men’s straight dance outfits. Utilizing ideas from her son Windyboy, she fashioned shirts and vests with appliqué designs that became prominent among competitive male dancers. Her work has had a significant impact on the techniques and styles of regalia used across the Southern Plains today.
The artwork featured in the exhibition may be purchased by contacting Phyllis Whitecloud directly at (405) 638-0290.

The Southern Plains Indian Museum is managed by the U.S. Department of the Interior, Indian Arts and Crafts Board. Regular viewing hours are Monday through Friday, 10:00 a.m. to 4:30 p.m. All exhibits at the museum are free and open to the public. 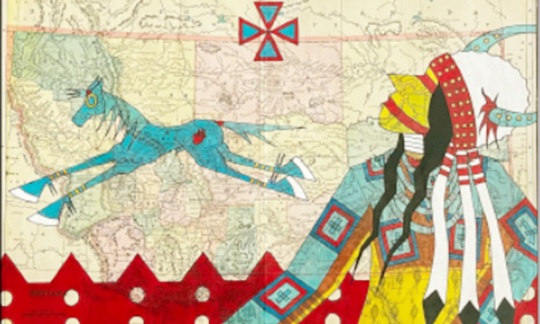 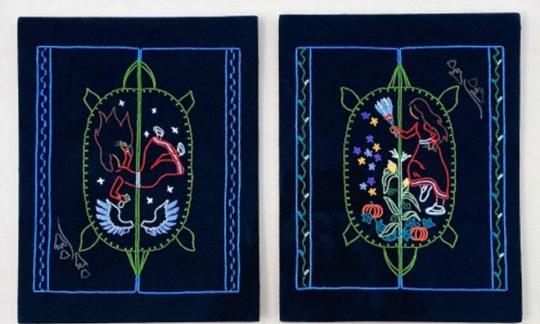 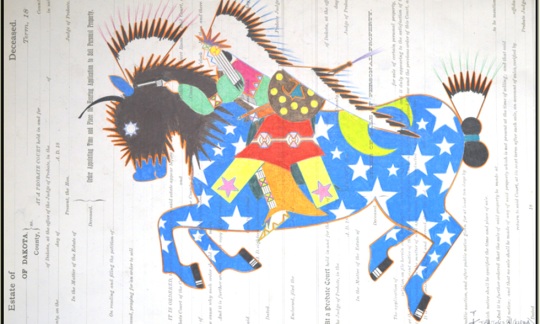