They’ve been called creepy, scary and spooky, but bats are an important species that impact our daily lives in ways we might not even realize. From pollinating our favorite fruits to eating pesky insects to inspiring medical marvels, bats are heroes of the night.

Bat Week — held the last week in October — celebrates the role of bats in nature and all that these amazing creatures do for us. Check out some interesting bat facts (and cool photos) below.

1. There are over 1,400 species of bats worldwide. Bats can be found on nearly every part of the planet except in extreme deserts and polar regions. The difference in size and shape are equally impressive. Bats range in size from the Kitti’s hog-nosed bat (also called the Bumblebee Bat) that weighs less than a penny — making it the world’s smallest mammal — to the flying foxes, which can have a wingspan of up to 6 feet. The U.S. and Canada are home to about 45 species of bats and additional species are found in the U.S. territories in the Pacific and Caribbean.

The little brown bat lives up to its name. It weighs only a 1/4-1/3 of an ounce, is about 2 inches long, has a 6-inch wingspan and you‘ll never guess what color it is. Photo by Ann Froschauer, USFWS.

2. Not all bats hibernate. Even though bears and bats are the two most well-known hibernators, not all bats spend their winter in caves. Some bat species like the spotted bat survive by migrating in search of food to warmer areas when it gets chilly.

3. Bats have few natural predators — disease is one of the biggest threats. Owls, hawks and snakes eat bats, but that’s nothing compared to the millions of bats dying from white-nose syndrome. The disease — named for a white fungus on the muzzle and wings of bats — affects hibernating bats and has been detected in 37 states and seven Canadian provinces. This deadly syndrome has decimated certain species more than others. It has killed over 90% of northern long-eared, little brown and tri-colored bat populations in fewer than 10 years. Scientists are working to understand the disease. You can help by avoiding places where bats are hibernating. If you do go underground, decontaminate your clothing, footwear and gear to help with not spreading this disease to other areas.

4. Without bats, say goodbye to bananas, avocados and mangoes. Over 300 species of fruit depend on bats for pollination. Bats help spread seeds for nuts, figs and cacao — the main ingredient in chocolate. Without bats, we also wouldn’t have plants like agave or the iconic saguaro cactus.

Just like a hummingbird, the lesser long-nosed bat can hover at flowers, using its 3-inch-long tongue — equal to its body length — to feed on nectar in desert environments. Photo by Merlin D. Tuttle, Bat Conservation International.

5. Night insects have the most to fear from bats. Each night, bats can eat their body weight in insects, numbering in the thousands! This insect-heavy diet helps foresters and farmers protect their crops from pests.

The endangered Indiana bat, which weighs about three pennies, consumes up to half its bulk every evening. Photo by Andrew King, USFWS.

6. Bats are the only flying mammal. While the flying squirrel can only glide for short distances, bats are true fliers. A bat’s wing resembles a modified human hand — imagine the skin between your fingers larger, thinner and stretched. This flexible skin membrane that extends between each long finger bone and many movable joints make bats agile fliers.

7. Bats may be small, but they’re fast little creatures. How fast a bat flies depends on the species, but they can reach speeds over 100 miles per hour according to new research.

8. Conservation efforts are helping bat species recover. At least 12 types of U.S. bats are endangered, and more are threatened. These amazing animals face a multitude of threats including habitat loss and disease, but we're working to change that. A unique international conservation partnership in the southwestern U.S. and Mexico has been working to help one species, the lesser long-nosed bat, recover to the point it can be removed from the Endangered Species list. In 1988, there were thought to be fewer than 1,000 bats at the 14 known roosts range wide. There are now an estimated 200,000 bats at 75 roosts!

The ancestors of the endangered Hawaiian Hoary Bat traveled over 3,600 kilometers from the Pacific Coast almost 10,000 years ago to become Hawaii's state land mammal. Photo by Frank Bonaccorso, USGS.

9. The longest-living bat is 41 years old. It’s said that the smaller the animal, the shorter its lifespan, but bats break that rule of longevity. Although most bats live less than 20 years in the wild, scientists have documented six species that life more than 30 years. In 2006, a tiny bat from Siberia set the world record at 41 years.

10. Like cats, bats clean themselves. Far from being dirty, bats spend a lot of time grooming themselves. Some, like the Colonial bat, even groom each other. Besides having sleek fur, cleaning also helps control parasites.

The spotted bat gets its name from its distinct appearance of black and white spotted fur. Another interesting fact about the spotted bat — it has the largest ears of any North American species. Photo by Paul Cryan, USGS.

11. Dogs aren’t the only ones with pups. Baby bats are called pups, and a group of bats is a colony. Like other mammals, mother bats feed their pups breastmilk, not insects. Most bats give birth to a single pup! There is at least one species that commonly has twins and that is the eastern red bat. Momma bats form nursery colonies in spring in caves, dead trees and rock crevices.

Bats benefit from maintaining a close-knit roosting group because they increase reproductive success, and it is important for rearing pups. Photo by Alan Cressler, USGS.

12. Bats are inspiring medical marvels. About 80 medicines come from plants that rely on bats for their survival. While bats are not blind, studying how bats use echolocation has helped scientists develop navigational aids for the blind. Research on bats has also led to advances in vaccines.

The Mexican long-tongued bat is a vital pollinator in desert systems. They have a long, bristle-like tongue, allowing them to sip nectar from agave and cacti. Photo by USFWS.

13. Innies or Outies? Humans aren’t the only ones with belly buttons. With a few exceptions, nearly all mammals have navels because of mom’s umbilical cord, and bats are no different. Now the real question is: Innies or outies?

Bats need your help. You can help protect these amazing creatures by planting a bat garden or installing a bat house. Stay out of closed caves, especially ones with bats. If you’re visiting an open cave, make sure to prevent the spread of white-nose syndrome by following these guidelines. 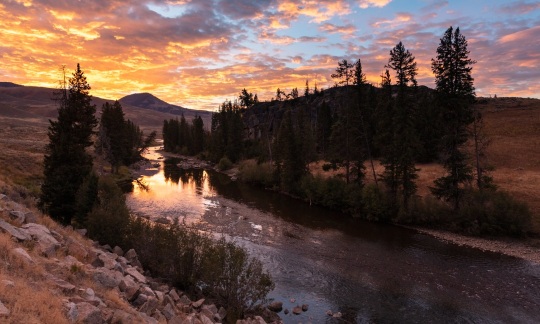 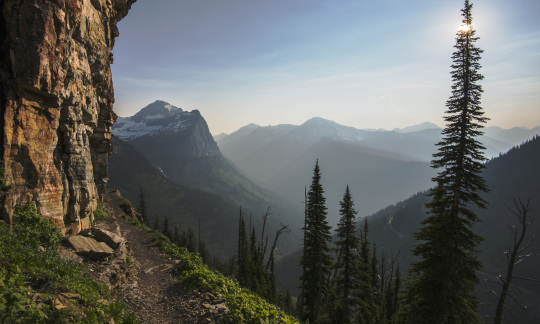