WASHINGTON — The U.S. Fish and Wildlife Service is proposing to remove 23 species from the Endangered Species Act (ESA) due to extinction. Based on rigorous reviews of the best available science for each of these species, the Service has determined these species are extinct, and thus no longer require listing under the ESA.

The purpose of the ESA is to protect and recover imperiled species and the ecosystems upon which they depend. For the species proposed for delisting today, the protections of the ESA came too late, with most either extinct, functionally extinct, or in steep decline at the timing of listing.

“With climate change and natural area loss pushing more and more species to the brink, now is the time to lift up proactive, collaborative, and innovative efforts to save America's wildlife. The Endangered Species Act has been incredibly effective at preventing species from going extinct and has also inspired action to conserve at-risk species and their habitat before they need to be listed as endangered or threatened,” said Secretary Deb Haaland. “We will continue to ensure that states, Tribes, private landowners, and federal agencies have the tools they need to conserve America’s biodiversity and natural heritage.”

These species extinctions highlight the importance of the ESA and efforts to conserve species before declines become irreversible. The circumstances of each also underscore how human activity can drive species decline and extinction, by contributing to habitat loss, overuse and the introduction of invasive species and disease. The growing impacts of climate change are anticipated to further exacerbate these threats and their interactions. They also underscore ongoing conservation challenges of the Service. Almost 3 billion birds have been lost in North America since 1970. These extinctions highlight the need to take action to prevent further losses.

Stemming this extinction crisis is a central component of the Biden-Harris administration’s America the Beautiful initiative, a locally led and voluntary, nationwide effort to conserve, connect, and restore 30 percent of lands and waters by 2030. One of the initiative’s goals is to enhance wildlife habitat and improve biodiversity -- to keep species from reaching the point where they are in danger of extinction or are too far gone to save.

“The Service is actively engaged with diverse partners across the country to prevent further extinctions, recover listed species and prevent the need for federal protections in the first place,” said Martha Williams, Service Principal Deputy Director. “The Endangered Species Act has been incredibly successful at both preventing extinctions and at inspiring the diverse partnerships needed to meet our growing 21st century conservation challenges.”

While protections were provided too late for these 23 species, the ESA has been successful at preventing the extinction of more than 99% of species listed. In total, 54 species have been delisted from the ESA due to recovery, and another 56 species have been downlisted from endangered to threatened. The Service’s current workplan includes planned actions that encompass 60 species for potential downlisting or delisting due to successful recovery efforts. Additionally, numerous species have avoided ESA listing thanks to the collaborative efforts of federal agencies, states, Tribes and private landowners, with the ESA serving as a catalyst for conservation efforts that help protect imperiled species and their habitat.

Ivory-billed woodpecker — Once America’s largest woodpecker, it was listed in 1967 as endangered under the precursor to the ESA, the Endangered Species Preservation Act (ESPA). The last commonly agreed upon sighting of the ivory-billed woodpecker was in April 1944 on the Singer Tract in the Tensas River region of northeast Louisiana. Despite decades of extensive survey efforts throughout the southeastern U.S. and Cuba, it has not been relocated. Primary threats leading to its extinction were the loss of mature forest habitat and collection.

Bachman’s warbler — As early as 1953, Bachman’s warbler was one of the rarest songbirds in North America. When first listed in 1967 as an endangered species under the Endangered Species Preservation Act, the bird had not been seen in the U.S. since 1962. Last documented in Cuba in 1981, there have been no verifiable sightings in that country since then. The loss of mature forest habitat and widespread collection are the primary reasons for its extinction.

Hawaiʻi and the Pacific Islands — Eleven species from Hawaiʻi and Guam are being proposed for delisting due to extinction, many of which had striking characteristics, such as the long curved beaks of the Kauai akialoa and nukupuʻu, the haunting call of the Kauai `o`o, and the brilliant colors of the Maui akepa and Molokai creeper. Species endemic to islands face a heightened risk of extinction due to their isolation and small geographic ranges. Hawaiʻi and the Pacific Islands are home to more than 650 species of plants and animals listed under the ESA. This is more than any other state, and most of these species are found nowhere else in the world.

San Marcos gambusia — Listed in 1980, this freshwater fish was found in the slow-flowing section of the San Marcos River in Texas. The San Marcos gambusia had a limited historic range of occurrence and has not been found in the wild since 1983. Primary reasons for its extinction include habitat alteration due to groundwater depletion, reduced spring flows, bottom plowing and reduced aquatic vegetation, as well as hybridization with other species of gambusia.

Scioto madtom — Listed as endangered in 1975, the Scioto madtom was a fish species found in a small section of the Big Darby Creek, a tributary of the Scioto River, in Ohio. The Scioto madtom was known to hide during the daylight hours under rocks or in vegetation and emerge after dark to forage along the bottom of the stream. Only 18 individuals of the madtom were ever collected with the last confirmed sighting in 1957. The exact cause of the Scioto madtom’s decline is unknown, but was likely due to modification of its habitat from siltation, industrial discharge into waterways and agricultural runoff.

Species proposed for delisting due to extinction:

The Service seeks information, data, and comments from the public regarding this proposal to remove these 23 species from the ESA and declare them extinct. The proposed rule is available in the Federal Register Reading Room inspection using the link found under the Fish and Wildlife Service Endangered and Threatened Wildlife and Plants section.

We will accept comments received or postmarked on or before December 29, 2021. Comments submitted electronically using the Federal eRulemaking Portal must be received by 11:59 p.m. Eastern Time on the closing date. 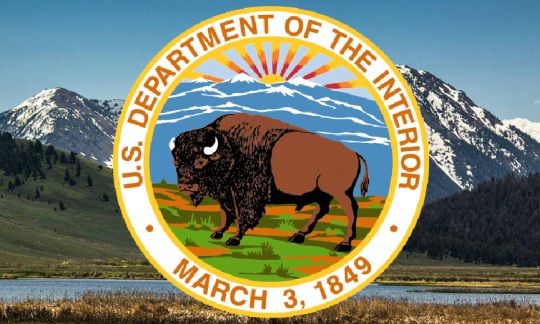