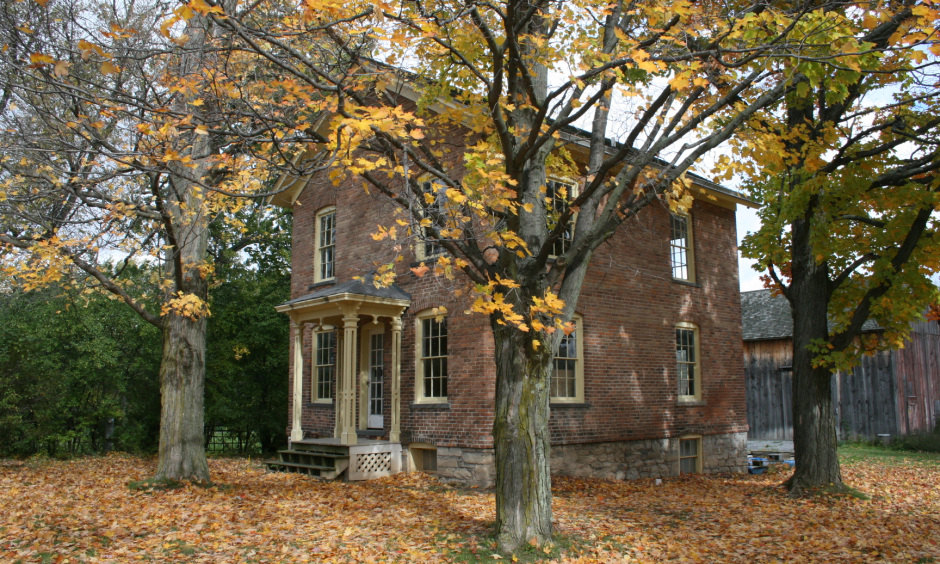 The new park commemorates the work of the fearless Underground Railroad conductor during her later years in life, when she was an active proponent of womens’ suffrage and other causes. The park is located at the site where Tubman lived and worshiped in Auburn, New York, caring for family members and other formerly enslaved people seeking safe haven in the North.

“It is our great privilege to share in the stewardship of two national historical parks devoted to commemorating the life and work of Harriet Tubman,” said Secretary Jewell. “These two parks preserve and showcase a more complete history of one of America’s pivotal humanitarians who, at great personal risk, did so much to secure the freedom of hundreds of formerly enslaved people. Her selfless commitment to a more perfect union is testament that one determined person – no matter her station in life or the odds against her – can make a tremendous difference.”

Also recognized for their foresight in protecting the Tubman Residence,  the Thompson Memorial African Methodist Episcopal (AME) Zion Church and the Tubman Home for the Aged in the wake of Tubman’s passing in 1913, Bishops and Church Leaders were thanked for their important and historic role in the preservation of important sites in the life of Harriet Tubman.

“The establishment of this park symbolizes our country honoring Harriet Tubman for her entire life of service as a soldier for God and country,” said Bishop Dennis Proctor, Chairman, Harriet Tubman Home, Inc. and Presiding Prelate of the North Eastern District, AME Zion Church. “As a partnership park it represents the best of the National Park Service to ensure the duality of its resiliency and the goal of diversity. For the Harriet Tubman Home and her beloved AME Zion Church, the park ensures our ability to continue to lift up more dynamically Tubman's core values of  freedom, family, faith, community, justice, self-determination and equality. Lastly, the park designation will spur economic engines of progress for Central New York.”

U.S. Senator Schumer, who initiated a study process and championed legislation to establish the park, expressed his gratitude to all involved in the formal establishment of the park unit.  “As a New Yorker and an American, I’m deeply proud to see Tubman Park finally become a reality,” said Senator Schumer. “The Tubman Historical Park in Auburn, New York will be a magnet for visitors that will tell the amazing story of Harriet Tubman’s life, an extraordinary American whose story deserves to be shared with our children and grandchildren. This park will serve that solemn purpose and preserve her legacy for countless generations to come.”

“I’m very pleased that the Harriet Tubman National Historical Park has been officially established today and can now move forward as planned,” said Senator Gillibrand. “The Harriet Tubman National Historical Park will bring families from all over New York and around the world to Central New York to learn about the extraordinary life and legacy of one of the great icons of American history. I was proud to fight for this park in the Senate, and I hope to see more of New York’s rich history recognized by the National Park Service going forward.”

Representative Katko, also a strong and long standing advocate for the Tubman National Historical Park, remarked on the formal establishment of the park unit and the great opportunity it offers to illuminate the Tubman story for a global audience. “I am thrilled that the Harriet Tubman home in Auburn will formally be established as a National Historical Park, and am happy to join Secretary Jewell to celebrate this occasion. After years of hard work by local advocates, community members in Auburn, and members of the AME Zion Church, this project is finally becoming a reality. Auburn is a place that Harriet Tubman once called home, and we are proud to preserve and highlight her extraordinary legacy and life’s work. With the official designation of this site as a National Historical Park, Harriet Tubman’s home will become a valuable public resource for Central New Yorkers and tourists to learn about her heroic contributions to our nation. This is truly an incredible tribute to Harriet Tubman’s remarkable legacy.”

The historic Thompson Memorial AME Zion Church, a modest, two-story, frame structure constructed in 1891 is directly associated with Harriet Tubman, her family, many of her supporters and the African American community of the time. The two-story Rectory is adjacent to the Church and both structures are located across the street from the For Hill Cemetery, the location of Tubman’s grave.

The historic church and rectory and other structures within the boundary of Harriet Tubman National Historical Park are largely intact from the time Harriet Tubman lived and worked in Auburn. They provide a strong physical basis for telling the story of Tubman’s years following the Civil War when she was active in the women’s suffrage movement, in the AME Zion Church and in the establishment of a home for elderly, indigent African Americans.

“Telling a more complete story of our country's rich history is a huge part of our mission,” said Will Shafroth, President of the National Park Foundation. “By providing the necessary funding to establish this park, we are preserving important places and artifacts related to abolitionist and humanitarian Harriet Tubman. A central purpose of our work is helping more people discover how their unique experiences connect to her life and legacy.”

The National Park Service is planning to host a celebratory  event this coming spring in Auburn, New York to mark the establishment of Harriet Tubman National Historical Park with the greater park community.

A sister site, Harriet Tubman Underground Railroad National Historical Park in Cambridge, Maryland, was created as a national monument by Presidential proclamation in March 2013. Congress designated it as a national historical park in December 2014 in the same legislation that created the Auburn unit.