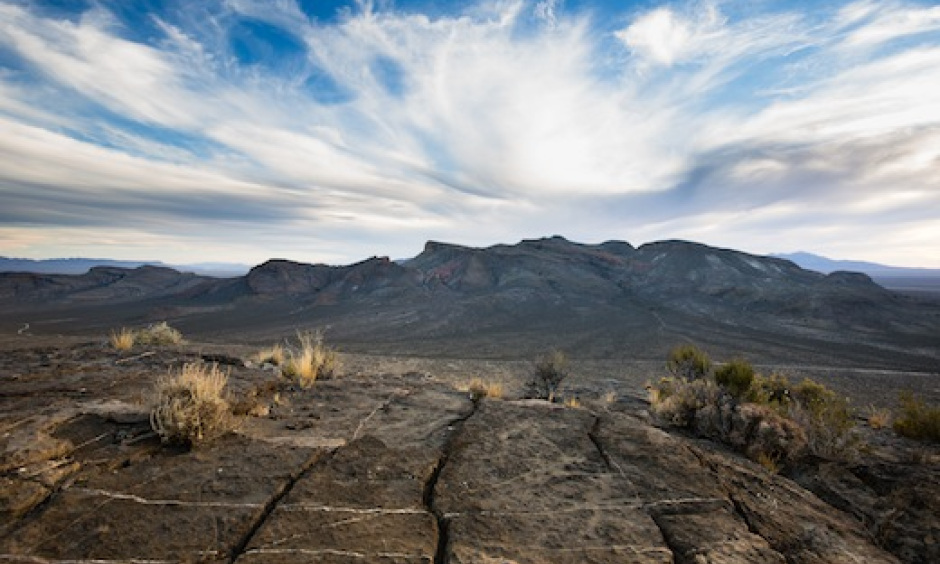 WASHINGTON – U.S. Secretary of the Interior Sally Jewell today joined members of Congress, state elected officials, and local business and community leaders in applauding the President’s designation of the Basin and Range National Monument on public lands in southeastern Nevada. This national monument – located in one of the most remote and undeveloped areas of the state – exemplifies the rich cultural history, varied wildlife and vast open spaces with stunning views for which the state is known.

The Basin and Range National Monument is one of three new national monuments announced by President Obama today that help tell the story of significant events in American history and protect unique cultural and natural resources for the benefit of all Americans.

“This area is a spectacular expanse of rugged public lands that tell the proud story of the West, from the ancient rock art of our First Americans to the early homesteaders looking for opportunity on the open range,” said Secretary Jewell. “Today’s action builds on local efforts to preserve and protect this special place, while also allowing traditional ranching practices, recreational opportunities, future scientific study and national security exercises. The President’s action ensures that this area will remain a beloved resource for generations to come.”

Basin and Range National Monument, located in Lincoln and Nye counties about two hours from downtown Las Vegas, spans approximately 704,000 acres of rugged mountains and sweeping valleys. The monument tells the story of the area’s native peoples as well as the history of more recent settlers and mining communities. The designation also preserves current uses of the land, including traditional ranching practices and ongoing military training operations, while ensuring that the land remains unspoiled for future generations.

In February, Interior Deputy Secretary Mike Connor and Bureau of Land Management (BLM) Director Neil Kornze visited Las Vegas at the request of Senator Harry Reid and Congresswoman Dina Titus to hear from the community about its vision for conservation in southern Nevada. Legislation to withdraw the Basin and Range area from mining and other uses had been introduced by Senator Reid and Congresswoman Titus. Nevada businesses have also supported protection of the area, including MGM Resorts International, the state’s largest employer; Wynn Resorts, Barrick Gold Corporation, and Rockwood Lithium North America, as well as the Las Vegas Metro Chamber of Commerce and the Las Vegas Convention and Visitors Authority.

The national monument, comprised of existing federal lands, will continue to be managed by the Department of the Interior’s Bureau of Land Management (BLM). It is the newest addition to the National Conservation Lands, a system managed by the BLM that contains some of the West’s most spectacular and unique landscapes, including Red Rock Canyon outside Las Vegas. The national monument includes Garden Valley and Coal Valley; the Worthington Mountains, the Golden Gate Range, the Seaman Mountains, and the Mount Irish Range; the Hiko Narrows and the White River Narrows; and the Shooting Gallery rock art site.

The proclamation allows for continued historic uses of the area, including hunting and fishing, which will continue to be managed under existing rules and regulations. Both Garden Valley and Coal Valley have long traditions of responsible ranching operations and careful stewardship of the land. The proclamation will not affect grazing operations in the monument, including use of motorized vehicles, construction and maintenance of water infrastructure, and construction of fences and other range improvements relating to grazing operations. Additionally, the designation does not affect U.S. military uses of the airspace and allows continued military access for emergency response and training activities.

The Basin and Range National Monument contains a wealth of scientifically significant geological, ecological, cultural, and historical resources and is an important area for studies of paleoecology, seismology, archaeology, and paleoclimatology. The area’s vast unbroken expanses on the transition between the Mojave Desert and the sage brush steppe of the Great Basin region makes it home to a wide diversity of plants and wildlife, including desert bighorn sheep, golden eagles, and a host of bat, lizard, and snake species.

Located on private lands within the monument boundary is the landscape sculpture City by Michael Heizer. Comparable in size to the National Mall in Washington, D.C., the work explores contemporary and ancient American influences in the context of the stark and open landscape.

Protection of the work and its surroundings has been supported by major American art institutions such as the Nevada Museum of Art, Los Angeles County Museum of Art, the Metropolitan Museum of Art, and the Museum of Contemporary Art. The Los Angeles County Museum of Art currently holds a conservation easement that ensures public access once the artwork is completed, no later than five years from now, and ensures the protection of City. The Museum intends to donate the conservation easement to the United States. Upon acquisition by the United States, the easement will be managed by the BLM as part of the monument.

“The Basin and Range National Monument is quintessential Nevada,” said BLM Director Neil Kornze. “The monument honors and supports the proud traditions of the ranchers and sheepherders who have taken care of this land for generations while also providing a backdrop to spectacular ancient rock art and an important contemporary artwork. Its designation is a great win for Nevada.”

The BLM will prepare a management plan for the monument in formal cooperation with the State of Nevada, local governments, and tribes. The plan will be developed in an open process with maximum public involvement.

“Collaborative management of this area is a key priority for the BLM in Nevada,” said BLM Acting Nevada State Director John Ruhs. “This designation represents an opportunity for new businesses in the communities of Lincoln and Nye counties while also supporting the traditional ranching economy. We look forward to working closely with local partners on this effort.”

The Antiquities Act was first used by President Theodore Roosevelt in 1906 to designate Devils Tower National Monument in Wyoming. Since then, 16 presidents have used this authority to protect unique natural and historic features on public lands in America, such as the Grand Canyon, the Statue of Liberty, and Colorado's Canyons of the Ancients.

With these new designations, President Obama will have used the Antiquities Act to establish or expand 19 national monuments. Altogether, he has protected more than 260 million acres of public lands and waters – more than any other President – as well as preserved sites that help tell the story of significant people or extraordinary events in American history, such as Cèsar E. Chàvez National Monument in California, Harriet Tubman Underground Railroad National Monument in Maryland, and Charles Young Buffalo Soldiers National Monument in Ohio.