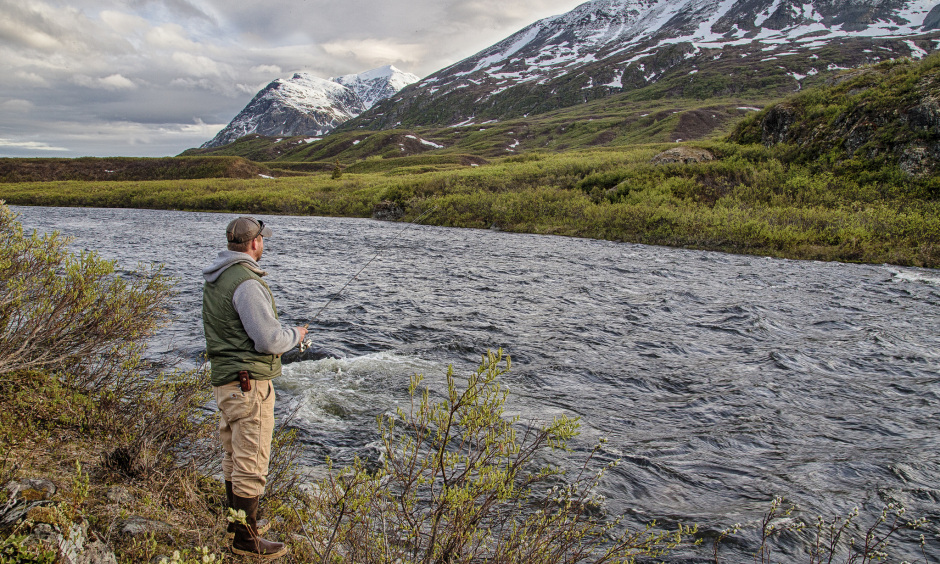 WASHINGTON - The U.S. Department of the Interior announced a new report by the U.S. Fish and Wildlife Service that shows that 101.6 million Americans—40 percent of the U.S. population 16 years old and older—participated in wildlife-related activities in 2016, such as hunting, fishing, and wildlife-watching.

The survey illustrates gains in wildlife watching—particularly around the home—and fishing, with moderate declines in the number of hunters nationally. The findings reflect a continued interest in engaging in the outdoors. These activities are drivers behind an economic powerhouse, where participants spent $156 billion—the most in the last 25 years, adjusted for inflation.

“This report absolutely underscores the need to increase public access to public lands across the United States,” said U.S. Secretary of the Interior Ryan Zinke. “Hunting and fishing are a part of the American heritage. As a kid who grew up hunting and fishing on public lands who later took my own kids out on the same land, I know how important it is to expand access for future generations. Many folks east of the Mississippi River rely on friends with large acreages or pay high rates for hunting and fishing clubs. This makes access to wildlife refuges and other public lands more important."

On his first day in office, Secretary Zinke reversed an order that would have banned lead ammo and tackle on National Wildlife Refuge lands, and he began the process of expanding hunting and fishing opportunities on public lands across the Department.

In August, the Secretary announced a proposal to expand of hunting and fishing opportunities at 10 national wildlife refuges, and he announced the initial stages of a plan to acquire land to make the Bureau of Land Management Sabinoso Wilderness Area accessible for the first time ever to hunters, hikers, and wildlife watchers.

In addition, Secretary Zinke recently made recommendations to President Trump on 27 national monuments that call for changes to some that, while still protecting the land, would also protect and expand public access to that land for citizens who want to hunt, fish, and hike and experience the joy and beauty of these special places.

The survey, the 13th in a series conducted nearly every five years since 1955, shows that the most substantial increases in participation involve wildlife-watching—observing and photographing wildlife. The report indicates these activities surged 20 percent from 2011 to 2016, from 71.8 million to 86 million participants during that time. Expenditures by wildlife watchers also rose sharply—28 percent—between 2011 and 2016, from $59.1 billion to $75.9 billion. Around-the-home wildlife-watching increased 18 percent from 2011, from 68.6 million in 2011 to 81.1 million participants in 2016. More modest gains were made for away-from-home wildlife watchers: 5 percent increase from 2011 to 2016, from 22.5 million to 23 million participants.

More Americans also went fishing. The report indicates an 8 percent increase in angling participation since 2011, from 33.1 million anglers to 35.8 million in 2016. The greatest increases in participation—10 percent—were seen in the Great Lakes area. Total expenditures by anglers nationwide rose 2 percent from 2011 to 2016, from $45 billion to $46.1 billion.

Hunting participation dropped by about 2 million participants, but still remained strong at 11.5 million hunters. Total expenditures by hunters declined 29 percent from 2011 to 2016, from $36.3 billion to $25.6 billion. However, expenditures for related items such as taxidermy and camping equipment experienced a 27-percent uptick, and hunting trip-related expenses increased 15 percent.

Regarding the decrease in participation in hunting, Zinke said: “Hunters and anglers are at the backbone of American conservation, so the more sportsmen and women we have, the better off our wildlife will be. Some of our wildlife refuges have great mentored hunting programs. I'd like to see these programs replicated and expanded across the country, and reach into areas where kids don't traditionally get the opportunity to hunt, fish, and connect with wildlife. Some of my best family time growing up and raising my own kids was hunting an elk, enjoying a pheasant, or reeling in a rainbow. These are the memories and traditions I want to share with future generations."

“No one does more for our wildlife and or wild places than hunters. Any decline in hunting numbers, real or perceived, is of great concern since hunting provides the lion’s share of funding for nationwide conservation work thanks to excise taxes on firearms, ammunition, and archery equipment that garner more than $1.6 annually,” said David Allen, Rocky Mountain Elk Foundation president and CEO. “The RMEF remains committed to growing and ensuring the future of our hunting heritage as well as elk, other wildlife and their habitat.”

“Hunters and anglers form the foundation of wildlife conservation in the United States, consistently generating more funding for habitat and wildlife management than any other source,” said U.S. Fish and Wildlife Service Principal Deputy Director Greg Sheehan. “Industry, federal, and state fish and wildlife agency initiatives that focus on hunter and angler recruitment, retention and reactivation are crucial to sustaining these conservation dollars and ensuring the next generation of wildlife enthusiasts have the opportunity, access, and awareness to pursue these time-honored American traditions.”

“I praise Secretary Zinke for his support of hunting and land access. The hunting and shooting sports community is grateful for an Administration that recognizes the economic, recreational, and traditional values of hunting and target shooting," said John Frampton, President and CEO of the Council to Advance Hunting and the Shooting Sports. "Although the numbers of hunters have declined, we are optimistic they will rebound as a result of Secretary Zinke's leadership, state wildlife agencies, non-government organizations, and industries working together. Hunting in this country is not only part of our national heritage, it is an important to our country’s economy, as indicated by the expenditures in the survey.”

As a partnership effort with states and national conservation organizations, the survey has become one of the most important sources of information on fish and wildlife recreation in the United States. Federal, state, and private organizations use this detailed information to manage wildlife, market products, and look for trends. Conducted by the U.S. Bureau of the Census, the survey is based on a 22,416-household sample surveyed through computer-assisted telephone and in-person interviews.

For more information about the survey and to view the preliminary report, please visit https://wsfrprograms.fws.gov/Subpages/NationalSurvey/National_Survey.htm