Boise, Idaho – Today, the Department of the Interior’s Bureau of Land Management released the Draft Programmatic Environmental Impact Statement (EIS) for Fuel Breaks in the Great Basin for a 45-day public comment period. This Draft Programmatic EIS analyzes a system of up to 11,000 miles of strategically placed fuel breaks to control wildfires within a 223 million-acre area that includes portions of Idaho, Oregon, Washington, California, Nevada and Utah.

“The Department of the Interior is dedicated to leveraging all of its assets to reduce wildfire risk and safeguard western communities,” said Secretary of the Interior David Bernhardt. “We look forward to receiving feedback from the public on this effort which promises to make a real difference in reducing the wildfire threat.”

“Wildfires devastate forests, rangeland and communities across Idaho and throughout the West, and without strategic planning they’re likely to continue in the years ahead,” said Casey Hammond, Principal Deputy Assistant Secretary for Land and Minerals Management. “With this initiative and others like it, we’re working proactively to curb wildfires’ destruction and make it safer and more effective for firefighters to protect people and property.”

Large, unbroken swaths of grasses, brush and other vegetation have provided a continuous supply of fuel for the recent catastrophic rangeland wildfires that have burned across the Great Basin states. The concept behind fuel breaks is to break up or fragment continuous fuels by reducing vegetation in key locations. When a wildfire burns into a fuel break, the flame lengths decrease and its progress slows, making it safer and easier for firefighters to control. The fuel breaks would be strategically placed along roads and rights-of-way on BLM-administered lands.

The proposed treatments are part of a larger national wildfire reduction strategy guided by President Trump’s Executive Order 13855 – Promoting Active Management of America’s Forests, Rangelands, and Other Federal Lands to Improve Conditions and Reduce Wildfire Risk, as well as Secretary’s Order 3372 – Reducing Wildfire Risks on Department of the Interior Land through Active Management. The two orders direct DOI and Department of Agriculture agencies to implement policies to improve forest and rangeland management practices by reducing hazardous fuel loads, mitigating fire risk and ensuring the safety and stability of local communities through active management on forests and rangelands.

The preferred alternative identified in the Draft Programmatic EIS would create up to 11,000 miles of new fuel breaks within a 223 million-acre area that includes portions of Idaho, Oregon, Washington, California, Nevada and Utah. Fuel breaks would be reseeded, using both native and non-native plant species throughout the project area.

“Fuel breaks have proven to be very effective in slowing rangeland wildfires, making them easier and safer for wildland firefighters to control,” said John Ruhs, State Director for BLM Idaho, which is hosting the Great Basin Fuel Breaks EIS Team. “We believe that creating a system of fuel breaks will help us enhance and improve our working landscapes.”

The BLM is seeking public input to ensure that all aspects of developing a system of fuel breaks are analyzed. The BLM will accept written comments on the Draft Programmatic EIS and will hold a series of public meetings to gather public comment.

Public meetings will be held from 5-7 p.m. at the following locations:

An electronic copy of the Draft Programmatic EIS and associated documents is available on the BLM Land Use Planning and NEPA register. For comments to be considered, they must be received by the BLM no later than midnight MST on August 5, 2019.

In 2018, the Department of the Interior worked closely with partners on 2,500 treatment projects to remove excess burnable vegetation on more than 1.2 million acres of DOI- and tribally-managed lands.  Another 170,000 acres were managed for resource purposes. These efforts helped to reduce wildfire risk in some of the most fire-prone areas of the country.

The DOI continues to be the leader in the research, development, and practical deployment of Unmanned Aerial Systems (UAS), or drones, on wildland fire management operations. With the largest drone program outside of the Department of Defense, the DOI uses drones to detect hotspots around fires, improve mapping, and monitor fire operations for improved safety.  In 2018, the DOI conducted 1,552 drone missions on 200 individual wildfires, doubling last year’s total.

In 2019, the DOI plans to deploy nearly 4,500 firefighting personnel, 500 tribal firefighters, 151 smokejumpers, 18 interagency hotshot crews and 4 Tribal hotshot crews. Firefighters will have over 600 pieces of specialized equipment available for use, including engines, water tenders, bulldozers, and other equipment. Aviation assets play a critical role in efforts to manage wildfires, and the DOI will have access to 23 single engine air tankers, 6 water scoopers, 41 Type 1, 2 and 3 helicopters, and a number of other aviation resources. 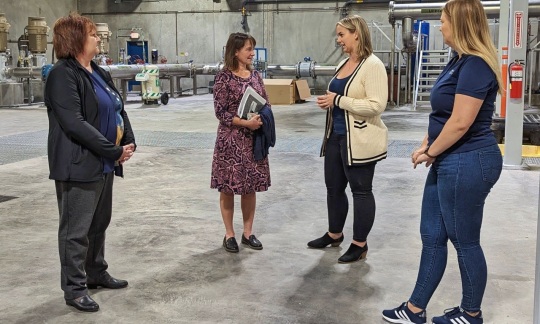 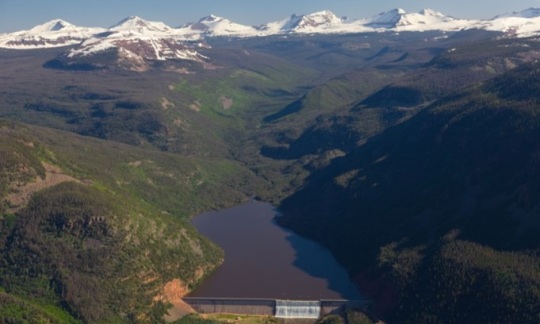