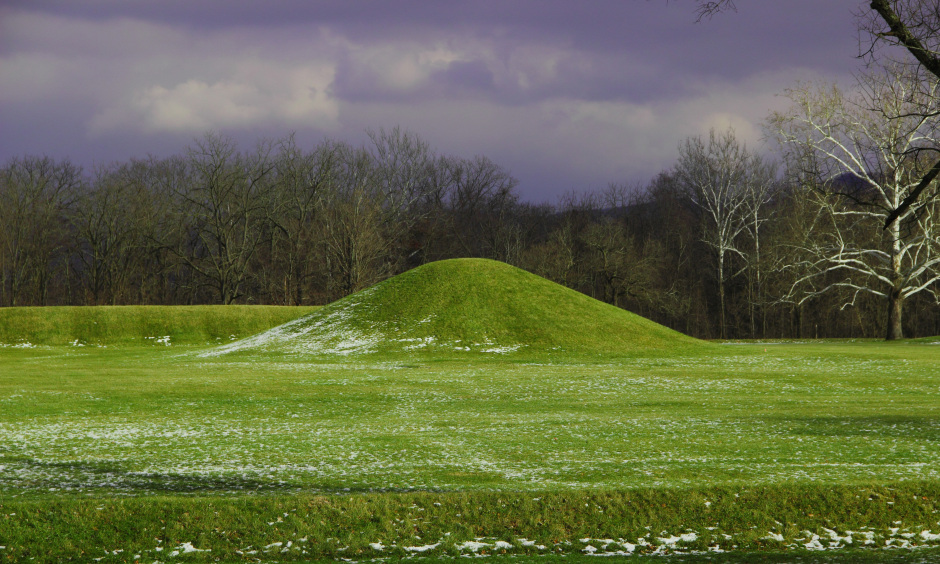 WASHINGTON – The Department of the Interior today announced the selection of the “Hopewell Ceremonial Earthworks” in Ohio—a group of ancient American Indian sites including both Hopewell Culture National Historical Park and related properties owned by the State of Ohio/Ohio History Connection—as a proposed nomination by the United States to the World Heritage List.

The list recognizes cultural and natural sites of universal importance such as the Grand Canyon in Arizona, the Taj Mahal in India, and the Galápagos Islands in Ecuador. There are 1,073 sites in 167 of the 193 countries that have signed the World Heritage Convention—including 23 World Heritage Sites in the United States.

“World Heritage Sites are unique places of natural, historic and cultural importance that are treasured by people of all nations,” said U.S. Secretary of the Interior Ryan Zinke. “The remarkable legacy of the Hopewell culture’s people in Ohio connects us to those who inhabited our land thousands of years ago. The World Heritage Convention offers us a way for the world to recognize their value.”

The “Hopewell Ceremonial Earthworks” properties include:

During the Middle Woodland period (1,500 – 2,100 years ago) the Hopewell people built enormous, landscape-scale geometric earthworks over a large area of what is now southern Ohio, in an extraordinary expression of cooperative cultural activity. This area was the nexus of interaction with people as far away as the Yellowstone basin and Florida. The earthwork complexes incorporate precise geometry, with circles, squares, octagons and freeform enclosures intricately related by precise and standard units of measure. These are among the largest earthworks in the world that are not fortifications or defensive structures. They also demonstrate sophisticated astronomical observation, and contain extensive deposits of artifacts that are among the most outstanding art objects produced in ancient North America.

“I am pleased that the Department of the Interior has selected the Hopewell Ceremonial Earthworks as a proposed nomination to the World Heritage List,” said Senator Rob Portman. “This site contains universal cultural value and tells the story of the Hopewell people who lived more than 2,000 years ago. The architecture, landscape, and structures were important ceremonial centers for the entire continent and its listing would help increase tourism and visitation to the site in southern Ohio. While I support the U.S.’s decision to withdraw from UNESCO and stand strong with our ally, Israel, I am pleased that the Department is contributing to the protection of the world’s most important sites like the Hopewell Ceremonial Earthworks.”

“Ohio’s contributions to this nation’s history include eight presidents, the birth of aviation, and countless advancements in military and agriculture. But the history extends far beyond 1803, and Hopewell Mounds is evidence of that,” said Congressman Steve Stivers. “These earthworks celebrate the incredible contributions that American Indians have made to our country, from Ohio to Yellowstone and Florida. I’m thrilled that Interior sees the value in this site and am hopeful that UNESCO will agree and add Hopewell Ceremonial Earthworks to the World Heritage List.”

“I am excited to support the Hopewell Ceremonial Earthworks as they take their next step towards being designated a World Heritage Site,” said Senator Bob Peterson. “I am grateful that others are realizing the history of Ohio, and really North America, that flows through this region.”

The Department of the Interior is undertaking this effort with full cooperation of each property’s owners and managers, including the National Park Service, the State of Ohio, and the Ohio History Connection, the state’s nonprofit history partner.

Inclusion of a site in the World Heritage List does not affect U.S. sovereignty or management over the sites, which remain subject only to U.S. law. Detailed information on the World Heritage Program and the process for the selection of U.S. sites can be found at https://www.nps.gov/subjects/internationalcooperation/worldheritage.htm.