The Department of the Interior today announced nearly $725 million in Fiscal Year 22 funding is available to 22 states and the Navajo Nation to create good-paying union jobs and catalyze economic opportunity by reclaiming abandoned mine lands (AML) as part of President Biden’s Bipartisan Infrastructure Law. The law allocates a total of $11.3 billion in AML funding over 15 years, which will help communities eliminate dangerous environmental conditions and pollution caused by past coal mining. This historic funding allocation is expected to address the vast majority of inventoried abandoned mine lands in this country.

“The Biden-Harris administration is committed to helping working families, often in rural and Tribal communities, who face hazardous pollution, toxic water levels, and land subsidence both during mining and long after coal companies have moved on,” said Secretary Deb Haaland. “The Bipartisan Infrastructure Law's historic investments will help revitalize these local economies and support reclamation jobs that help put people to work in their communities, all while addressing environmental impacts from these legacy developments. We thank Chairman Manchin and the bipartisan coalition of members of Congress for their leadership in funding this transformational program.”

AML funding will enable states to remediate abandoned mines that are leaking methane – a key contributor to climate change. This comes as part of the Biden-Harris administration’s unprecedented investments in coal, oil and gas and power plant communities, including through the Interagency Working Group on Coal and Power Plant Communities which coordinated federal investment to support economic revitalization in energy communities. This effort also advances the President’s Justice40 Initiative which commits to delivering 40% of the benefits of certain climate and clean energy investments to disadvantaged communities.

The Department will allocate and distribute nearly $725 million annually over the next 15 years, based on states’ and Tribes' demonstrated need for AML funding. As required by the Infrastructure Law, these allocations are determined based on the number of tons of coal historically produced in each state or on Indian lands before August 3, 1977, when the Surface Mining Control and Reclamation Act of 1977 (SMCRA) was enacted. States are guaranteed at least $20 million over the 15-year life of the program if their inventory of AML sites would cost more than $20 million to address. As state AML inventories are updated, future distributions will change.

Today’s announcement follows Secretary Haaland’s launch of a multi-state, multi-month tour of Appalachia. During a trip to Luzerne County, Pennsylvania, in January, she noted that states and Tribes can use these funds to design, build, operate, maintain and rehabilitate acid mine drainage treatment facilities, a more flexible use of funds than is allowed under traditional AML grants. This funding will be crucial to removing toxic metals from our waters and returning fish and wildlife to waterways that have been devoid of life for decades.

These investments supplement the traditional annual AML grants, which are funded by coal operators and ensured to be provided through 2034 thanks to language in the Bipartisan Infrastructure Law. The Office of Surface Mining Reclamation and Enforcement (OSMRE) expects to announce grant awards under that program in the coming weeks. Under the AML reclamation program, OSMRE has provided more than $8 billion to reclaim lands and waters that were mined or affected by mining prior to 1977, when SMCRA was enacted by Congress.

*Dollars have been rounded to the nearest thousand 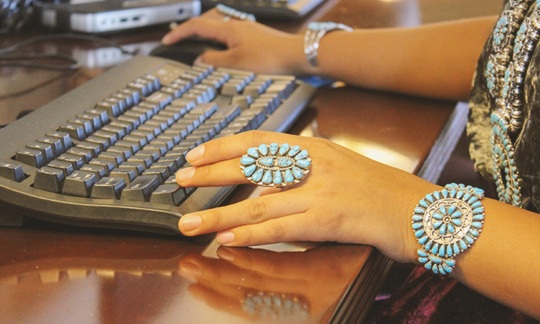