WASHINGTON, DC – In an historic step forward in the nation's clean energy future, Secretary of the Interior Ken Salazar today approved the first large-scale solar energy plants ever to be built on public lands. The two projects, both located in California, are the first in a series of renewable energy projects on public lands under final review by the Department of the Interior that would provide thousands of U.S. jobs and advance U.S. clean energy technologies.

"These projects are milestones in our focused effort to rapidly and responsibly capture renewable energy resources on public lands,” Salazar said in signing the final Records of Decision for the initiatives. “These projects advance the President's agenda for stimulating investment in cutting-edge technology, creating jobs for American workers, and promoting clean energy for American homes, businesses and industry.”

Salazar's approval grants the U.S.-based companies access to almost 6,800 acres of public lands for 30 years to build and operate solar plants that could produce up to 754 megawatts of renewable energy, or enough to power 226,000 – 566,000 typical American homes. The projects will generate almost 1,000 new jobs.

In April of 2009, Interior's Bureau of Land Management (BLM) committed to helping the nation reach its clean energy future by guaranteeing coordinated processing, full environmental analysis and public review for specific renewable energy projects where the companies involved demonstrated they were ready to advance to the formal environmental review and public participation process.

“We're confident that our solar program is smart from the start. With something as momentous as the introduction of large-scale solar development on the public lands, we have one chance to do things right,” said BLM Director Bob Abbey. “That's why we did complete environmental analyses on both these projects with expanded opportunities for public participation.”

The projects Salazar approved today will employ two different types of solar energy technology. The Imperial Valley Solar Project, proposed by Tessera Solar of Texas, will use Stirling Energy System's SunCatcher technology on 6,360 acres of public lands in Imperial County, California. The plant is expected to produce up to 709 megawatts from 28,360 solar dishes, enough to power 212,700 – 531,750 homes.

The Chevron Lucerne Valley Solar Project, proposed by Chevron Energy Solutions of California, will employ photo-voltaic solar technology on 422 acres of public lands in San Bernardino County, California, and will produce up to 45 megawatts from 40,500 solar panels, enough to power 13,500 – 33,750 homes.

The “fast track” program is part of the Administration's overall strategy to spur a rapid and responsible move to large-scale production of renewable energy on public lands. Through the American Recovery and Reinvestment Act of 2009, renewable energy developers that have their projects under construction by the end of 2010 or meet one of the program's safe harbor provisions can qualify for significant funding. The Recovery Act's payment for specified energy property in lieu of tax credit program makes Tessera and Chevron eligible for approximately $273 million and $31 million, respectively.

Each project has undergone thorough environmental review, including public scoping, draft environment impact statements (EIS) and final EIS's. The companies have undertaken extensive mitigation efforts to minimize any impacts to wildlife, water and other resources. State and federal agencies have set up a joint compensation fund operated by the National Fish and Wildlife Foundation to ensure that impacts are mitigated.

"There are 11 million acres of public lands in the California Desert, and a large majority of those lands are managed for conservation purposes,” Salazar said. “These projects, while a significant commitment of public land, actually represent less than one-hundredth of one percent of that total area. Given the many benefits, the extensive mitigation measures, and the fair market value economic return, approval of these projects is clearly in the public interest."

Salazar also praised the unprecedented partnership between Interior and the State of California in encouraging renewable energy projects. On October 12, 2009, Secretary Salazar and Governor Arnold Schwarzenegger signed an agreement directing Interior agencies and California State agencies to create a unique federal-state initiative to advance development of environmentally appropriate renewable energy on U.S. lands in California. The Imperial Valley Solar Project is one of the projects being jointly processed through the BLM and the California Energy Commission cooperative model.

“Our collaborative approach shows how separate government processes can be streamlined, without cutting any corners or skipping any environmental checks and balances in the process,” Salazar said. “I commend Governor Schwarzenegger and the people of California for their leadership and partnership on these important renewable energy projects." 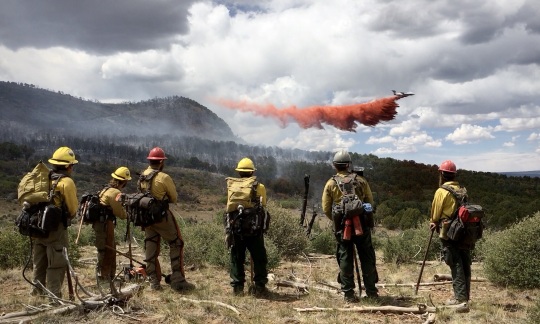