WASHINGTON, DC – Secretary of the Interior Ken Salazar today announced that the Bureau of Ocean Energy Management, Regulation and Enforcement (BOEMRE) has approved a Construction and Operations Plan (COP) submitted for the Cape Wind Energy Project, which is required before construction may begin on the generation facility planned in Nantucket Sound. The timeframe reported in the COP submitted by Cape Wind Associates suggests that construction of the nation's first offshore wind farm could begin as early as the fall.

“The Department has taken extraordinary steps to fully evaluate Cape Wind's potential impacts on environmental and cultural resources of Nantucket Sound,” said Secretary Salazar. “By signing the Construction and Operations Plan today, we are even closer towards ushering in our Nation's first offshore wind energy facility while creating jobs.”

“After a thorough review of environmental impacts, we are confident that this offshore commercial wind project – the first in the nation – can move forward. This will accelerate interest in the renewable energy sector generally and the offshore wind sector specifically, and spur innovation and investment in our nation's energy infrastructure,” said BOEMRE Director Michael R. Bromwich.

"With today's announcement by Secretary Salazar, we are one step closer to benefiting from the clean energy, green jobs and long-term economic benefits that will result from creating the nation's first offshore wind farm," said Governor Deval Patrick. "States up and down the East Coast are now looking to Massachusetts with envy as we launch this brand new American industry." ?

The proposed action, including its size and location, remain substantially the same as analyzed in the Cape Wind Final Environmental Impact Statement (FEIS) that was published in January 2009. The Cape Wind energy project calls for 130 3.6± megawatt wind turbine generators, each with a maximum blade height of 440 feet, to be arranged in a grid pattern on the OCS in Nantucket Sound, offshore Cape Cod, Martha's Vineyard, and Nantucket Island.

As part of its evaluation of the COP, the bureau conducted an Environmental Assessment (EA) under the National Environmental Policy Act (NEPA) to determine whether there were any significant impacts that had not been discussed in the 2009 FEIS or other environmental assessments, and concluded that all impacts had been properly examined. BOEMRE also issued a Record of Decision for the COP approval, which details the terms and conditions that Cape Wind Associates will need to follow these terms and conditions are in addition to those established in the lease agreement.

A notice about the preparation of an EA was posted on the BOEMRE website in February which initiated a comment period and provided an opportunity for public input. BOEMRE received and considered approximately 160 comments during the comment period. Issues considered in the EA include: additional surveys and sampling, conflicts with aviation traffic and fishing use, emergency response, migratory birds, microclimate, oil within wind turbine generators, permits issued by other federal agencies and consultations with other agencies. 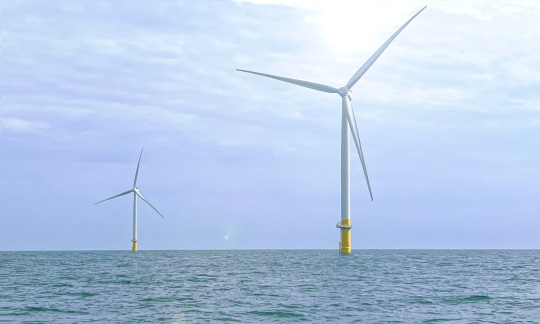