In making the announcement, Dr. McNutt, who is the chair of the FRTG, established by Admiral Thad Allen, the National Incident Commander, emphasized that since day one, the Administration's deployments of resources and tactics in response to the BP oil spill have been based on a worst-case, catastrophic scenario, and have not been contained by flow rate estimates.


The FRTG used three separate methodologies to calculate their initial estimate, which they deemed the most scientifically-sound approach, because measurement of the flow of oil is extremely challenging, given the environment, unique nature of the flow, limited visibility, and lack of human access to BP's leaking oil well.


The first approach led by the Mass Balance Team analyzed how much oil is on the surface of the Gulf of Mexico. The Mass Balance team developed a range of values using USGS and NOAA analysis of data that was collected from NASA's Airborne Visible InfraRed Imaging Spectrometer (AVIRIS), an advanced imaging tool. USGS has previously used the AVIRIS tool to discover water on the moon. This is the first time it has been used to measure the volume of an oil spill.


Based on observations on May 17th, and accounting for thin oil not sensed by the AVIRIS sensor, the FRTG estimated that between 130,000 and 270,000 barrels of oil are on the surface of the Gulf of Mexico. It is important to note that the FRTG also estimated that a similar volume of oil to the amount AVIRIS found on the surface has already been burned, skimmed or dispersed by responders or has evaporated naturally as of May 17th.


Given the amount of oil observed and the adjusted calculations for the amount of oil that has been burned, skimmed, dispersed, or evaporated the initial estimate from the Mass Balance Team is in the range of 12,000 to 19,000 barrels of oil per day.


This methodology carried several challenges, including the fact that the AVIRIS plane can only fly over a portion of the spill in a day, meaning that an assumption must be made that the area imaged is representative of the entire spill region.


The second approach led by the Plume Modeling Team used video observations of the oil/gas mixture escaping from the kinks in the riser and at the end of the riser pipe alongside advanced image analysis to estimate fluid velocity and flow volume. Based on advanced image analysis and video observations the Plume Modeling Team has provided an initial lower bound estimate of 12,000 to 25,000 barrels of oil per day. They continue to work to provide an upper bound.


This team faced several methodological challenges, including having a limited window of data in time to choose from, getting good lighting and unobstructed views of the end of the riser, and estimating how much of that flow is oil, gas, hydrates, and water.


Both estimates from the Mass Balance Team and the Plume Modeling Team were reality-checked with a basic calculation of the lower limit of possible oil that is spilling. The lower limit was calculated based on the amount of oil collected by the Riser Insertion Tube Tool (RITT), plus the estimate of how much oil is escaping the RITT, and how much oil is leaking from the kink in the riser.


The preliminary estimates provided by the FRTG are based on new methodologies being employed to understand a highly dynamic and complex situation. As the FRTG collects more data and improves their scientific modeling in the coming days and weeks ahead, they will continue to refine and update their range of oil flow rate estimates, as appropriate.


The FRTG is working diligently to ensure all estimates are peer reviewed by independent experts and academics as expeditiously as possible. They will also establish a website to ensure this information is available and reported to the public in a timely fashion.


Below are the resources surged to date to mitigate the impacts of the spill:


The Flow Rate Technical Group is comprised of federal scientists, independent experts, and representatives from universities around the country. It includes representatives from USGS, NOAA, DOE, Coast Guard, MMS, the national labs, National Institute of Standards and Technology, UC Berkeley, University of Washington, University of Texas, Purdue University, and several other academic institutions. BP is not involved in the FRTG except to supply raw data for the scientists and experts to analyze.


FRTG Members from the Federal Government appointed to date include:


FRTG Members from academia and independent organizations appointed to date include: 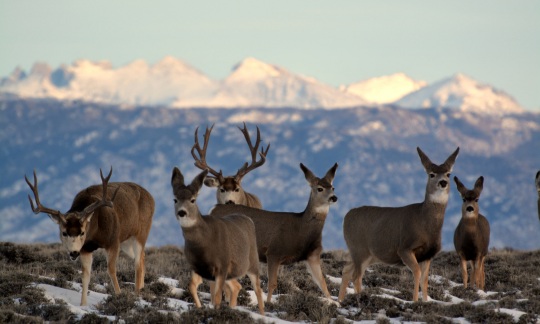