“Silver State is one of several renewable energy projects in the pipeline that will help Nevada and the nation create jobs as we build a clean energy economy,” Secretary Salazar said in signing the Record of Decision. “This project will provide renewable energy that will help meet our nation's growing demand as we strive to become energy independent.”

Silver State is one of many recent landmark announcements from Interior as part of the Administration's effort to encourage a rapid and responsible move to large-scale production of renewable energy on public lands. Last week, Salazar approved the first three solar energy projects ever to be built on public lands. All located in southern California, the three solar projects could generate 1,124 megawatts of clean energy, enough to power up to 337,200 homes. On October 6, Salazar signed a lease agreement with Cape Wind Associates LLC for a 130-turbine offshore wind farm that could generate up to 468 megawatts of clean, renewable electricity for Nantucket Sound communities. It is the nation's first lease for commercial wind energy development on the Outer Continental Shelf.

“The BLM is proud to play a major role in our nation's quest to capture more renewable energy resources here at home,” said BLM Director Bob Abbey. “Through wise planning and engagement with local communities and stakeholders, we can support large-scale solar development on public lands while protecting valuable natural and cultural resources. If we are smart from the start, we can capture America's renewable energy resources in the right way and the right places.”

In June 2009 the Secretary, with Sen. Harry Reid (D-NV), launched “fast-track” initiatives for solar development on western public lands. The BLM identified 14 solar fast-track projects, including the Silver State Solar Project that could be approved by the end of 2010.

Phase 1 of Silver State will consist of the construction and operation of a solar photovoltaic plant, including associated facilities, on 618 acres of public lands. The electricity generated from this plant is expected to supply power for about 15,000 homes; will be sold to the Nevada market via a Power Purchase Agreement with NV Energy; and will connect into NV Energy's existing electrical grid.

The Record of Decision (ROD) and right-of-way (ROW) grant and conditions for Silver State Solar Power North, LLC are available online at www.blm.gov/nv/st/en/fo/lvfo/blm_programs/energy.html. The project underwent extensive public environmental review by the BLM, through a draft and final environmental impact statement.

The 50 MW Silver State North Solar photovoltaic facility is the first project to be permitted by the BLM at the site. First Solar plans to construct up to an additional 350 MW at the site, which will require additional supplemental environmental review and analysis. 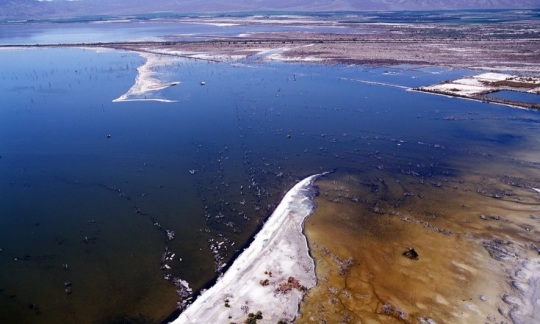