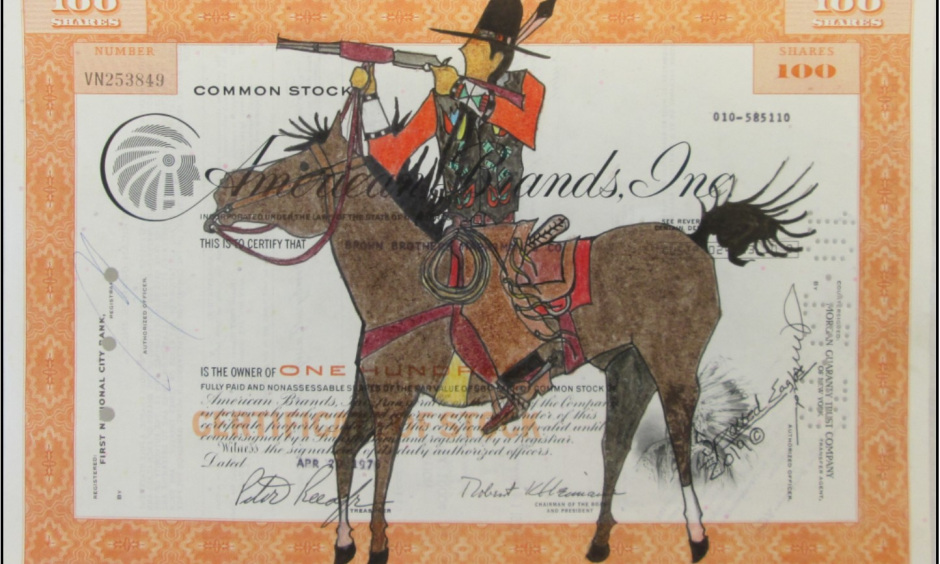 BROWNING, MONTANA: The Museum of the Plains Indian, administered by the U.S. Department of the Interior, Indian Arts and Crafts Board, announces the opening of a special exhibition, Summer Showcase, featuring Allen Knows His Gun and Karis Jackson.  The exhibition will run from June 1 to July 28, 2019.  On Saturday, June 1, 2019, there will be an opening reception from 3:00 p.m. to 4:30 p.m.

Joanne Caddotte, an enrolled member of the Blackfeet Tribe, is an emerging artist whose work focuses on traditional Blackfeet crafts. A graduate of Flandreau Indian School, she resides in Browning, Montana, where she works at the Lodgepole Gallery and Tipi Village.

Caddotte is currently focused on creating traditional Blackfeet backrests. The willow backrest is an iconic form of Plains Indian art. Designed to be easily transportable, it was one of the few pieces of furniture found in the tipi. Under the tutelage of the Blackfeet elder and artist Darrell Norman, Caddotte has learned all aspects of this unique art form. This knowledge includes: gathering and preparing wild willow stalks, adjoining them with deer sinew, and finally adorning the backrest with decorative elements. Caddotte feels her artwork is therapeutic. She hopes that her work will inspire others to learn more about traditional Blackfeet arts in order to pass on the culture to future generations.

Newtown Racine, and enrolled member of the Blackfeet Tribe, is a talented artist who works in a variety of media, including paintings, ceramics, and sculpture. He holds an Associate’s degree from Blackfeet Community College in Human Services and has  studied both art and Native American studies at the University of Montana. Currently he lives in Browning, Montana, where he works full-time as an artist.

Diagnosed with brain cancer at the age of ten, Racine endured a difficult treatment and recovery. As a teenager he discovered art and quickly realized he had found his true calling. Through his paintings he depicts the animals and landscapes of his Blackfeet homeland. In his pottery, he often uses Blackfeet tribal colors and symbols. He hopes that his artwork will inspire others to pursue their dreams no matter what obstacles they may face.

Preston Spotted Eagle, an enrolled member of the Blackfeet Tribe, is a skilled visual artist who specializes in ledger art.    A resident of Browning, Montana, he is currently pursuing a degree in Education at Blackfeet Community College.

Under the tutelage of his grandfather, Spotted Eagle learned the basics of draughtsmanship. Over the next fourteen years, he honed his craft through further experimentation. Utilizing colored pencils and ink on antique ledger paper from the 19th and early 20th centuries, his illustrations are representations of the Blackfeet way of life. Bold, stylized depictions of chiefs and mounted warriors, as well as animals sacred to the Blackfeet, capture the eye and imagination of the viewer. He draws inspiration for his work from both the Pikuni (Blackfeet) language and his involvement in traditional societies.