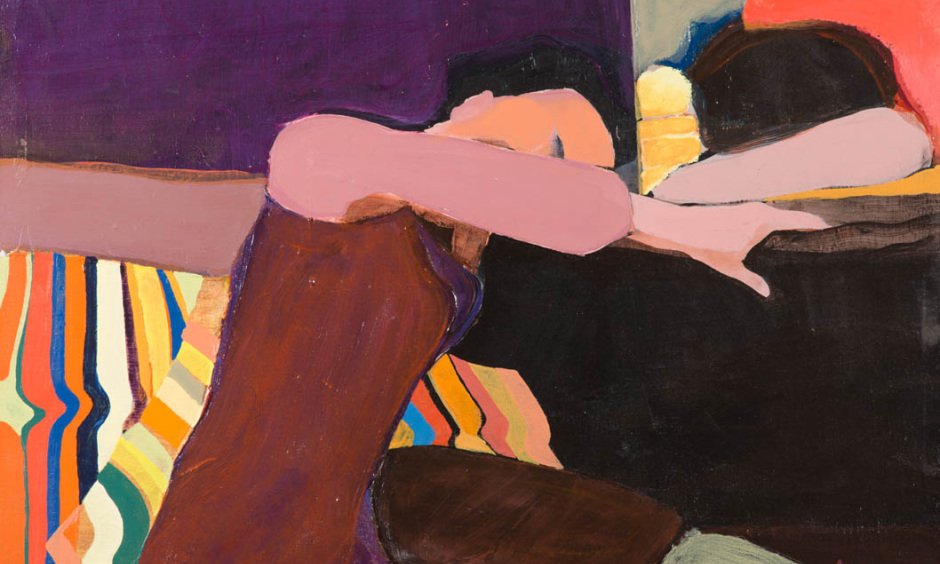 The Indian Arts and Crafts Board’s (IACB) museum collections contain a remarkable diversity of historic and contemporary Native American arts. In an effort to educate the public about these significant holdings and to promote our mission, the IACB will periodically feature one special artwork. The first item in this new series, entitled "Treasures from the IACB," is a painting by Robert Penn, Untitled, 1971 (acrylic on canvas, 28 5/8 x 28 ½ in., collection of the Sioux Indian Museum, R.71.2.2).

Robert L. Penn (Sicangu Lakota/Omaha, 1946-1999) was a protégé of master artist Oscar Howe (Yanktonai Sioux). As Howe’s workstudy student at the University of South Dakota (USD), Penn was greatly influenced by him and Penn’s first solo exhibition was held at the IACB’s Sioux Indian Museum in Rapid City in 1969. Penn graduated from USD in 1974 with a Bachelor of Fine Arts degree.

Penn said of his art, “No matter how different men may be from one another…I feel it is a function of art to be a reconciling force, to find interrelations between seemingly separate objects and events, to dissolve causes of opposition, and to give a meeting ground for different heritages. Art tells a stranger that he is not strange – nor is he alone.”

For more information on Robert Penn and his work, please click out these 1969 and 1974 IACB exhibition brochures.