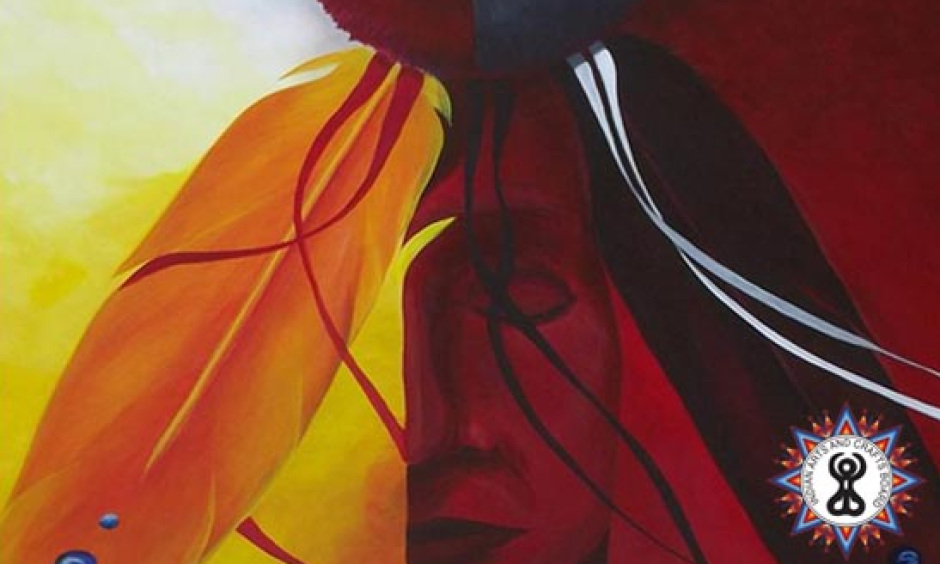 September 28, 2015 - RAPID CITY, SOUTH DAKOTA: The Sioux Indian Museum, administered by the Indian Arts and Crafts Board of the U.S. Department of the Interior, will feature an exhibit of artwork by Wesley May.  The exhibition will run from October 9 to December 4, 2015.  On October 9, an opening reception will be held for the exhibit from 4:00 p.m. to 6:00 p.m.  The artist will be available to discuss his work during the reception.  The reception and exhibition are both free and open to the public.

Wesley May, an enrolled member of the Red Lake Band of Chippewa Indians, is a talented painter and muralist.  Born in Minneapolis, Minnesota, Wesley now resides in Bemidji, Minnesota, where he works full-time as an artist.  Wesley began his artistic career at the age of six, when he began to imitate the drawings of other family members.  As a teenager, Wesley began to expand beyond drawing into the realm of painting.  Through experimentation and self-discovery, Wesley developed his own unique style of painting over the next several decades.

The first step in Wesley’s creative process is to draw a sketch of a subject that inspires him.  He begins with a single line, and then carefully adds additional lines in order to gradually build shapes and forms.  Once the drawing is complete, Wesley selects a small vignette from within the larger drawing that will become the subject of the painting.  He then applies paint to canvas and begins to create the painting.   Using acrylic paints, Wesley works in a freehand style, without the use of underdrawings.  The final product is a striking image of flowing lines and bold colors embodied with deep meaning.

Inspiration for Wesley’s work comes from his spiritual beliefs as well as from the individuals who have influenced his life.  The four colors of the medicine wheel are an important component of Wesley’s paintings, intended to demonstrate both the beauty and simplicity found in both life and art.   He believes that there are no mistakes in art and through live painting demonstrations Wesley encourages others to create their own artwork and push their artistic boundaries.

Prices for the artwork in the exhibition can be obtained by contacting The Journey Museum Store at (605) 394-2201.  To purchase artwork after the exhibit closes, please contact Wesley May by email at wesleymayarts@gmail.com.

The Sioux Indian Museum, managed by the Indian Arts and Crafts Board, U.S. Department of the Interior, is located in The Journey Museum, 222 New York St., Rapid City, SD 57701.  For admission fees and hours of operation please call (605) 394-6923.