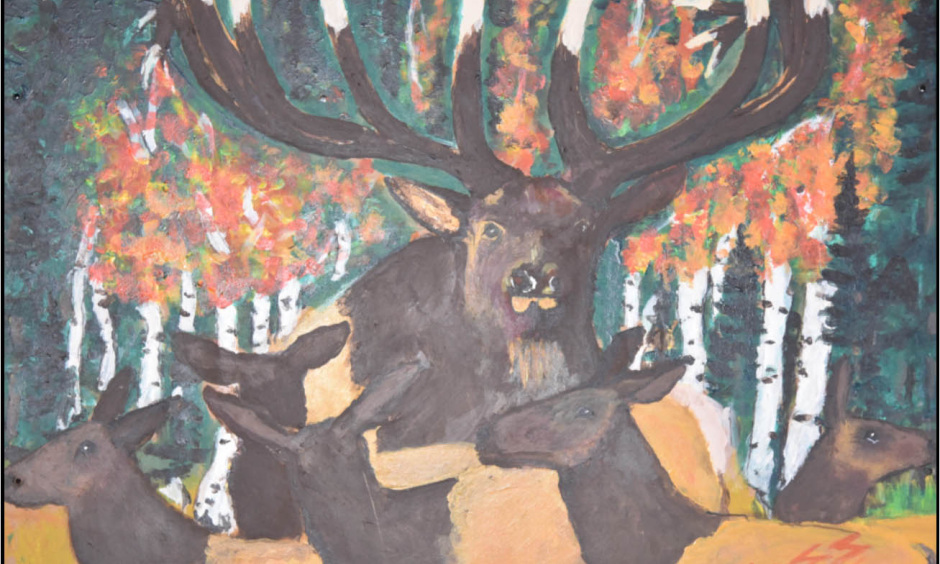 June 2, 2017 - BROWNING, MONTANA: The Museum of the Plains Indian, administered by the Indian Arts and Crafts Board, U.S. Department of the Interior, announces the opening of a special Summer Showcase, featuring William Gilham, Glen Still Smoking, and Kevin Crawford. The exhibition will run from June 9 to July 31, 2017. On Friday, June 9, 2017, there will be an opening reception from 3:00 p.m. to 4:30 p.m.

William Gilham, an enrolled member of the Blackfeet Tribe, is an accomplished portraiture artist.  He is a graduate of Flandreau Indian School and a veteran of the U.S. Navy who currently resides in Cut Bank, Montana.

Working primarily in oils, he creates highly detailed and realistic portraits of prominent historical figures in Blackfeet culture.  Historical photos often provide the starting point for the subject matter of William’s paintings.  William also makes his own frames to accompany each painting, carefully building up the molding on the frame with plaster and then applying metallic paints.  Through his art, he works to portray the traditional interactions between the Blackfeet people and the land and animals around them.  He uses his art as a tool to teach those unfamiliar with Native American cultures and peoples about the Blackfeet way of life.

Glen Still Smoking is a talented painter who works in both watercolors and acrylics.  A resident of Browning, Montana, he is an enrolled member of the Blackfeet Tribe.  He holds a B.A. in Anthropology from the University of Montana and currently works as both a firefighter and an artist.

A self-taught artist, Glen finds inspiration for his paintings in the world around him as well as from the works of other Native artists, including his father, Frank Still Smoking.  The subject matter for his paintings often come to Glen through dreams or visions, which he then transfers to his paintings.  His artistic process is fluid and spontaneous as he seeks to allow the work to speak for itself.  Glen hopes that his artwork will become a legacy he can pass on to his children and the youth of the Blackfeet Tribe.

Kevin Crawford is a traditional artist and craftsperson, as well as a full time elementary school teacher.  An enrolled member of the Blackfeet Tribe, he currently lives in Heart Butte, Montana.  He holds a B.A. in Elementary Education from the University of Great Falls.

Kevin specializes in crafting miniature tipis, as well as drums, shields, and buckskin clothing.  Growing up in a family of traditional artists and craftspeople, Kevin learned to work with leather, canvas, and other materials at a young age.  He has been creating arts and crafts for most of his life.  Through his craftwork, he hopes to bring the rich traditions of the Blackfeet people into the modern age and to pass along the knowledge of traditional skills to the next generation of Blackfeet artists.