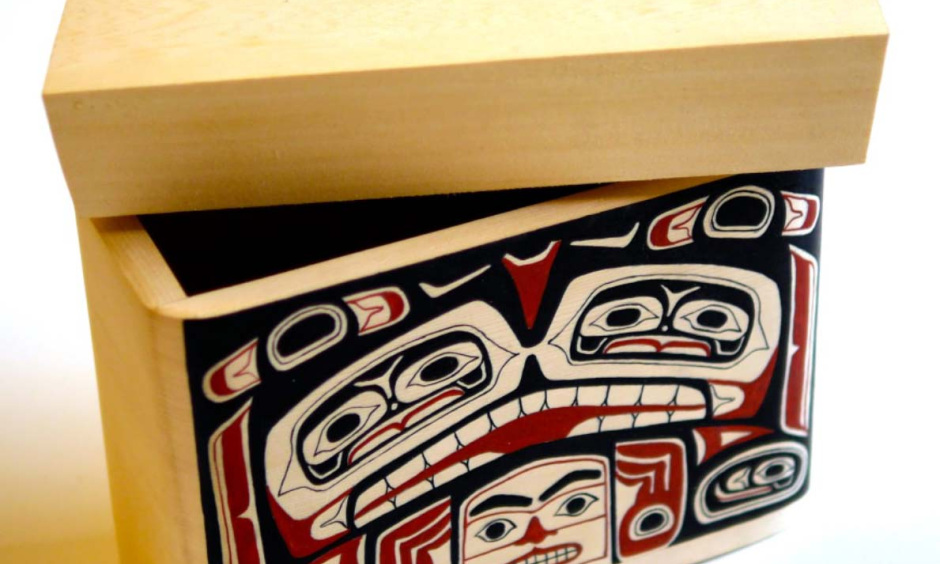 May 25, 2016 - BROWNING, MONTANA: The Museum of the Plains Indian, administered by the Indian Arts and Crafts Board, U.S. Department of the Interior, announces the opening of a special Summer Showcase, featuring Deborah Magee, George Bennett, Sr., and Melissa Melero-Moose. The exhibition will run from June 3 to August 1, 2016. On Friday, June 3, 2016, there will be an opening reception from 3:00 p.m. to 4:30 p.m.

Deborah Magee, an enrolled member of the Blackfeet Tribe, is an award-winning artist, specializing in quillwork. Growing up on the Blackfeet Indian Reservation, she developed a love of the outdoors and a respect for the plant and animal life around her early in life. She initially learned traditional methods of quillwork under the tutelage of a mentor. After perfecting those techniques, Deborah now blends them with a contemporary style that still reflects Blackfeet culture. Through her artwork she feels a deep connection to her ancestors who also created quillwork. Deborah’s work has garnered multiple awards including: Best of Division at the Heard Museum Guild Indian Fair and Market; Best of Show at the Great Falls Native American Art Show; and Best of Show at the Northern Plains Indian Art Market.

George Bennett, Sr. is a skilled woodworker and carver who is an enrolled member of the Tlingit tribe. Born in Juneau, Alaska, he attended Haskell Institute in Lawrence, Kansas, and then served in the United States Army in Vietnam from 1967-68, receiving a Purple Heart and Bronze Star. He now lives in Sitka, Alaska, where he works as a rural veterans’ liaison.

George learned the art of creating bentwood boxes from friends over 25 years ago. George follows the traditional method of making bentwood boxes, beginning with selecting and shaping the perfect cut of cedar wood. The wood is then steamed and bent into shape, and allowed to dry under clamps. The final step in the process is the painting of the box designs. These reflect the balance and harmony of traditional Alaskan Native culture. This exhibit marks the first museum showing of George Bennett, Sr.’s artwork.

Melissa Melero-Moose is a professional artist, curator, and writer who specializes in creating mixed media artworks. An enrolled member of the Northern Paiute Tribe, she currently lives in Sparks, Nevada. She holds a Bachelor of Fine Arts degree from the Institute of American Indian Arts, Santa Fe, New Mexico.

Melissa is a self-taught artist. Utilizing thin washes of acrylic color, she produces highly textured, multilayered paintings. Through the addition of three-dimensional items, such as willows, stones, and other found objects, her artworks exhibit great depth. Through technique and diverse media, Melissa seeks to create visual representations of Pauite life. She considers herself one of the pioneers of the “green” painting movement and is committed to using nontoxic materials and minimizing the environmental impact of her materials.