Ms. Sharp has held numerous leadership positions, including an appointment by Governor Gary Locke to serve as Trustee for Grays Harbor College, Governor of the Washington State Bar Association, Trustee of Washington State Bar Association – Indian Law Section, Vice President and Founding Member for the National Intertribal Tax Alliance, and Director/Secretary of the Quinault Nation Enterprises Board. Fawn has conducted lectures and publications all over the United States. 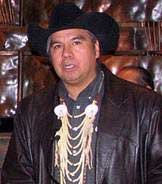 Tex G. Hall is a Chairman of the Great Plains Tribal Chairmen's Association. Mr. Hall is the current tribal chairman of Three Affiliated Tribes, a position he also held from 1998 to 2006. Mr. Hall is also a former President of the National Congress of American Indians (NCAI).

Mr. Hall grew up on his family's ranch in Mandaree, North Dakota where he still ranches cattle.

Mr. Hall earned his Master's Degree in Education from the University of Mary in North Dakota. In 1995, He was named North Dakota Indian Educator of the Year.

Mr. Hall has also been inducted into the North Dakota Amateur Basketball Hall of Fame, the National Indian Athletic Association Hall of Fame, and the Minot State University Bottineau Athletic Hall of Fame.

Her law teaching career began at the University of Wisconsin where she was a William H. Hastie Fellow. She has also served as professor, associated dean for academic affairs, and director of the Tribal Law and Government Center at the University of Kansas School of Law. She teaches and writes in the areas of American Indian law, property, energy and natural resources, tribal governance and economic development.

A citizen of the Cherokee Nation and a native of Muskogee, she spends her down time at home near the Illinois River in rural NE Oklahoma.

Dr. Peterson Zah is a Diné from the Navajo Nation; the largest tribe in the U.S. Zah has worked for over 40 years to defend the interests of all Native American people and is widely respected among U.S. tribes.

Dr. Zah previously served as the Special Adviser to ASU President on American Indian Affairs. During his tenure the university's Native American student population doubled from 672 to over 1,400. He is recognized for his efforts to increase retention rates from 43 percent to 78 percent, among the highest of any major college or university in the country. His guidance and support has also allowed for creating one of the largest and most profound groups of American Indian faculty members in the country; totaling 30. Throughout his career he has made education his first priority. In the fall of 2004 he received a lifetime achievement award from the National Indian Education Association.

Zah's respect for the value of education is rooted in his own story. Born in 1937 and raised in the middle of the Navajo Reservation at remote Low Mountain, AZ. He left his home and family in 1953 to attend the Phoenix Indian School, later enrolling at Phoenix Community College and finally ASU, where he earned a bachelor's degree in education in 1963. He returned to his homeland as a vocational educator, teaching Navajo adults the essentials of the carpentry trade, and then as a field coordinator for VISTA Indian Training Center at Arizona State University.

Zah, who is considered one of the 100 most important Native Americans in the last century and a key leader in Native American government and education, received an Honorary Doctoral Degree of Humane Letters from Arizona State University in 2005. He is also the 2008 recipient of the Martin Luther King, Jr. Servant Leadership Award.

During the 2007-2008 academic year ASU had 409 seniors and graduated over 300 Native American students; of this number 21 graduated with their Doctoral Degrees and 56 graduated with their Master's Degree. It is believed that this represents the highest in the nation at one major university. 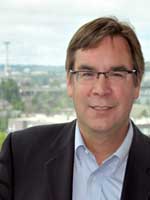 Mr. Bob Anderson is a Professor of Law and Director of the Native American Law Center at the University of Washington. He also has a long-term appointment as the Oneida Indian Nation Visiting Professor of Law at Harvard Law School.

He is a co-author and member of the Board of Editors of Cohen's Handbook of Federal Indian Law (2005) and is co-author of Anderson, Berger, Frickey and Krakoff, American Indian Law: Cases and Commentary (Thomson/West 2008). He teaches and writes in the areas of Indian Law, Public Land Law and Water Law. Students have selected Professor Anderson as a Professor of the Year three times at the UW.

In 2008, he was co-lead of the Obama Transition team for the Department of the Interior. He spent twelve years as a Staff Attorney for the Boulder based Native American Rights Fund where he litigated major cases involving Native American sovereignty and natural resources.

From 1995-2001, he served in the Clinton Administration under Interior Secretary Bruce Babbitt, providing legal and policy advice on a wide variety of Indian law and natural resource issues.

He is an enrolled member of the Minnesota Chippewa Tribe (Bois Forte Band).