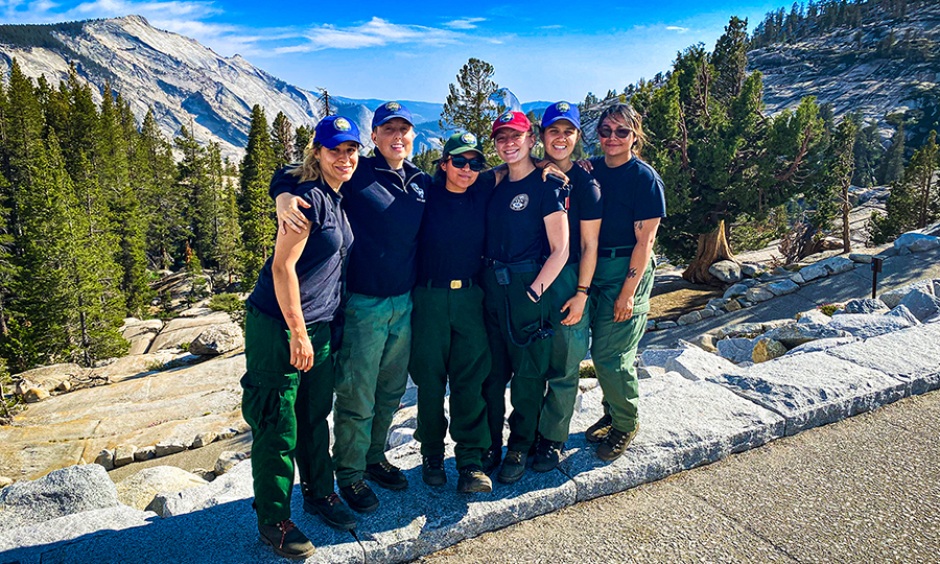 Six members of the all-women conservation corps fire crew at Yosemite National Park pose for a photo at a park viewpoint. (Photo by NPS.)

Women in the United States have been fighting fires for centuries. The first all-women wildland fire crew was created by the California Department of Forestry 80 years ago. Nevertheless, women are underrepresented in firefighting positions across local, state, and federal agencies.

When women don’t see themselves reflected in a profession, recruiting a diverse workforce often becomes more challenging. That challenge is increased by persistent perceptions that the physically demanding nature of the job should preclude women, despite the long history of exceptional female firefighters who have proven otherwise.

While some progress has been made in recent years, more work is needed. Today at the Department of the Interior, women comprise about 20 percent of the wildland fire workforce, and female representation drops off steeply in senior positions. At the National Park Service, women make up less than two percent of wildland fire leadership positions at the regional and national levels.

The participants were selected through a competitive process. Yosemite (video) and Grand Teton (video) national parks were selected to host the crews. The program provided the women with hands-on training. By the time they began their assignments, each team member qualified for certain firefighting positions.

Each six-woman crew helped to reduce vegetation that can fuel fires. These projects helped to decrease the risk to local communities, maintain healthy park ecosystems, and create better opportunities for safe fire response.

Because lightning strikes started multiple fires in Yosemite that summer, there were plenty of opportunities for the all-women team to work closely with experienced engine and hotshot crews on the fires.

“We’re hopeful that their experience with the women’s fire corps crews will empower them,” said Mel Whitenack, the wildland fire training specialist who coordinated the crews.

This initiative builds on other efforts to create supportive environments for women in wildland fire, like the Women-in-Fire Training Exchange (WTREX), which provides networking, mentoring, and hands-on training.

These initiatives are helping to create a more robust, resilient workforce. By welcoming diversity, which brings new perspectives and innovative ideas, the National Park Service is better positioning its wildland fire program to address the complex challenges of climate change, drought, and more intense wildfire seasons coupled with communities expanding into the wildland-urban interface.

In August, after completing their commitment to the conservation corps, many of the crew members from both teams were hired as wildland firefighters and began going out on wildfire and prescribed fire assignments.

While this new initiative started small, the National Park Service plans to build on its success.

“We are really pleased with how well the program worked in its inaugural year,” said Whitenack. “The best part of my job was seeing the women grow and excel. We hope that we will be able to build the program in coming years to host many more crews in many more parks.”

That vision is already beginning to materialize. This summer, the National Park Service again hosted crews in Grand Teton and Yosemite national parks. They also added two in Alaska. Already, they are planning to continue expanding in 2023.

Abigail Sherwood is an intern at the Interior’s Office of Wildland Fire.

Erin McDuff is a public affairs specialist with Interior’s Office of Wildland Fire. 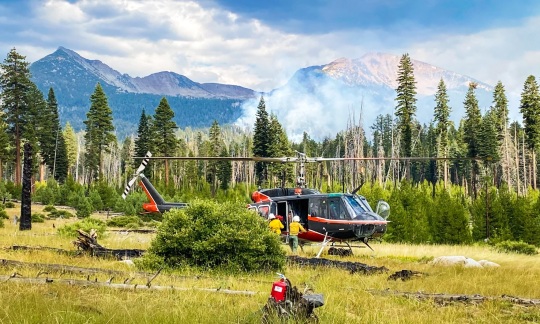 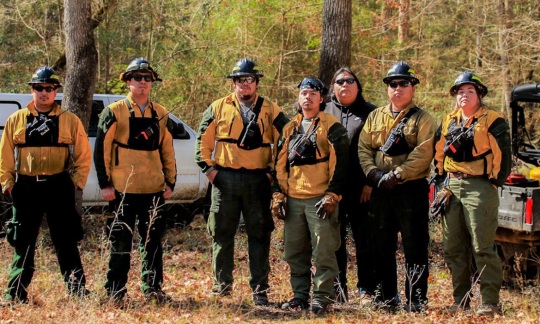 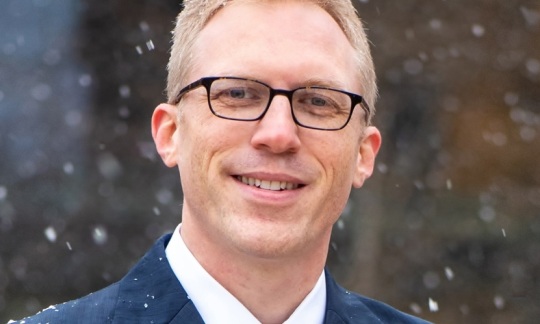