How One Tribe is Restoring the Fire-dependent Longleaf Pine 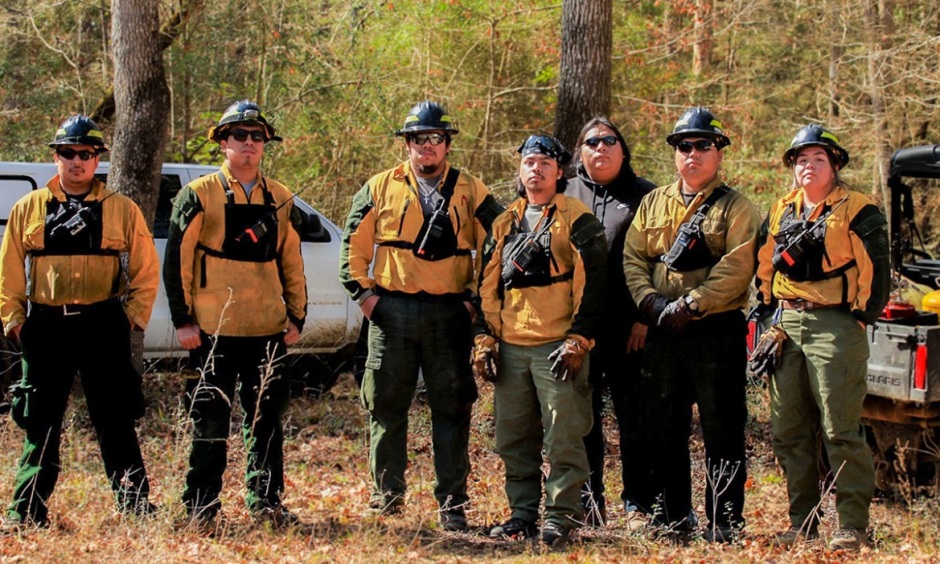 Members of the Alabama-Coushatta Tribe fire management team stand in a leaf-strewn clearing staring at the camera with determined expressions. Behind them is a dense, mixed stand of trees and two vehicles. Photo by Claire Everett, The Nature Conservancy.

The Alabama-Coushatta Tribe of Texas has a deep cultural connection to the distinctive longleaf pine tree. It has vanished from many areas where it once flourished, and the Tribe is striving to preserve the fire-dependent species. They recently received an award for those efforts.

Longleaf pines historically grew throughout the southeastern United States. They covered about 90 million acres, which is more than twice the size of the state of Georgia. The trees require frequent low-intensity fires to regenerate. Historically, those fires occurred every two to ten years, strengthening the trees and naturally thinning the stands. For centuries, the Alabama-Coushatta Tribe managed the land to help the trees thrive, including through prescribed fire.

As Western settlers spread throughout the country, they brought with them a practice of suppressing all fire. Combined with extensive timber harvests, the longleaf pine was decimated, its total acreage reduced by more than 95 percent. This loss is a significant cultural and spiritual concern for the Alabama-Coushatta Tribe, with its many traditions that are dependent on the longleaf pine.

“It’s very important that we move that tradition down, because once we lose that information, we lose part of our culture,” said Celestine.

In an effort to preserve this traditional resource, the Alabama-Coushatta Tribe’s fire management program, headed by fire management specialist Gesse Bullock, is taking a proactive approach to restore the Tribe’s longleaf pine stands. The Tribe invested in new fire facilities, personnel, and equipment. The Tribe also requested the establishment of a Reserved Treaty Rights Lands program to collaborate on restoration activities with neighboring non-Tribal landowners. The Bureau of Indian Affairs (BIA) provided funding to support the program.

In 2012, the Tribe planted 200 acres of longleaf pine seedlings. Since then, the Tribe’s fire management program has maintained the mature stands using prescribed fire.

“We have this valuable resource right here,” said Bullock. “It really means a lot to me to be able to use my talents and skills to improve our lands for the benefit of the Tribe.”

Their work recently received recognition from a southeast Texas conservation group, the Big Thicket Association. The nonprofit strives to preserve the natural and cultural history of the region. In October, the association presented its R.E. Jackson Conservation Award to the Alabama-Coushatta Tribe’s fire management program. The award recognized the Tribe’s ongoing stewardship of the land and effort to preserve the longleaf pine.

“This recognition is a direct reflection of what can be accomplished with support from Tribal and BIA leadership,” said Bullock. “I am extremely excited about this award as it helps generate excitement, meaning, and opportunities for growth within our program.”

In the future, the Tribe hopes to restore and preserve up to 400 acres of longleaf pine forest. This effort is reversing a long history of removing fire from the landscape and the resulting near disappearance of the longleaf pine.

Lessa Peter is a public affairs specialist with the Bureau of Indian Affairs’ Division of Wildland Fire Management at the National Interagency Fire Center in Boise, Idaho. 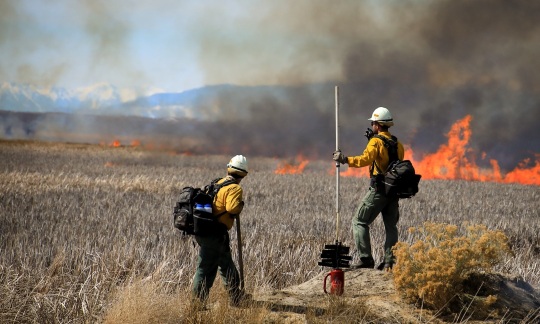 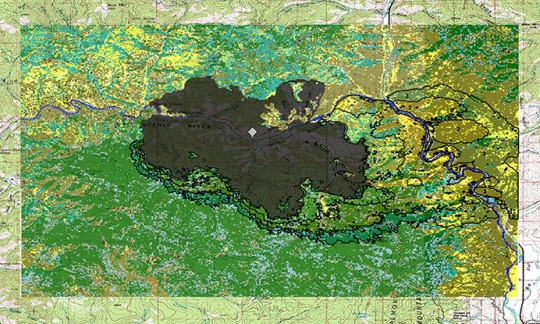 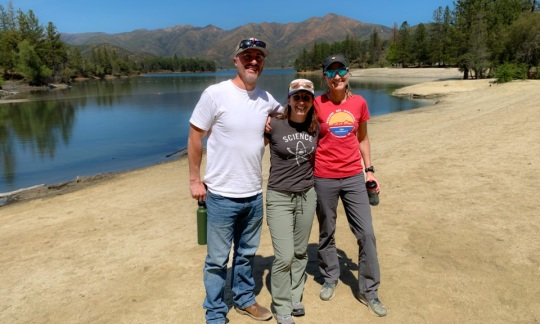