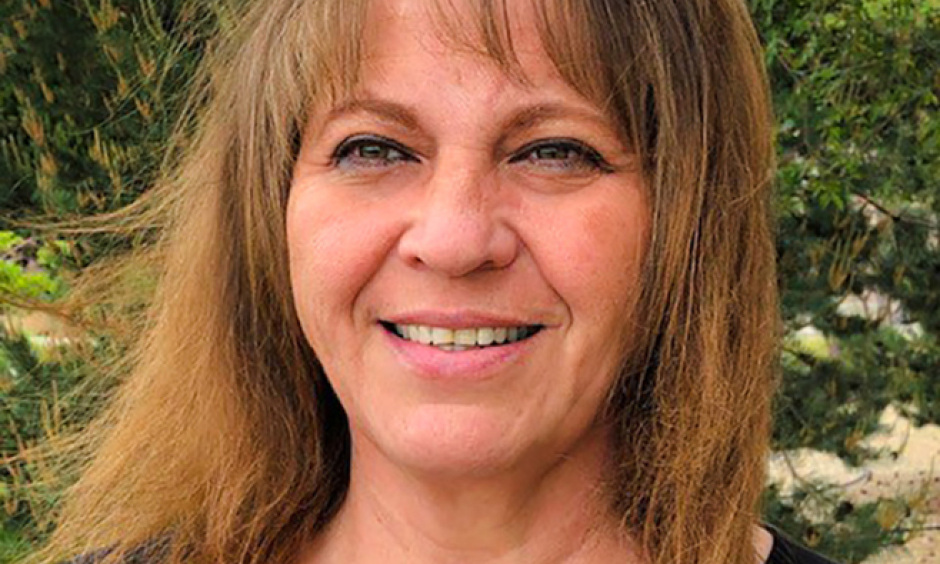 Jacqueline Martin is the Assistant Director for the Bureau of Indian Affair’s Branch of Wildland Fire Management and an enrolled member of Gros Ventre of Fort Belknap Indian Community. (Photo courtesy of Jacqueline Martin.)

Native American Heritage Month is celebrated each November. Now and throughout the year, the Department of the Interior and our partners elevate the cultures, traditions, and stories of America's Indigenous peoples. Through the Interior Department’s Wildland Fire Management Program, we work to reduce wildfire risk, rehabilitate burned landscapes, and promote a better understanding of wildfire, including in Indian Country as part of our responsibility for carrying out the federal government’s trust and treaty obligations. This year, we’re highlighting some of the people and initiatives that are improving wildland fire management in Indian Country.

“All my success comes from remembering where I came from. No matter how high I climb, I never forget what it was like to be part of the crew on the ground.”

Jacqueline Martin is the Assistant Director for the Bureau of Indian Affairs (BIA) Branch of Wildland Fire Management at the National Interagency Fire Center in Boise, Idaho. She has worked in wildland fire management for 30 years. As an enrolled member of the Gros Ventre of Fort Belknap Indian Community, who refer to themselves as A'aninin or "People of the White Clay," she joined the Montana Indian Fire Fighters in 1985. Martin attended Haskell Indian Nations University and studied forestry at the University of Montana. She served with the U.S. Department of Agriculture (USDA) Forest Service on seasonal fire crews in Montana and Oregon. In 1990, she joined the Bureau of Land Management as an engine crewmember, later becoming a station manager and winning Outstanding Station Manager of the Year in 1997. The next year, she became the first female fire management officer for the BIA at its Western Nevada Agency. In 2004, she became the first female deputy of fire operations for the BIA Branch of Wildland Fire Management, and she continued to break gender barriers when she began her current position in January 2021.

I started as an emergency firefighter in Montana, mainly to join my brother. That first summer led to an entire career that has enabled me to travel the world, meet incredible people, and foster lifelong friendships. I love the adrenaline of the work, the thrill and chase of the adventure, and the ability to spend time outdoors. This is not just a career but a way of life. Your coworkers become your family, and we support each other both on and off the job.

What challenges have you encountered?

Throughout my career, I have had to break barriers and continuously prove that I am capable of the job I have. This is something I feel is disproportionately a challenge for women. We have to be comfortable with the strengths we bring to each position and push ourselves to tell our story.

How I tell my story is through my work ethic. Every time I come into a job, I embrace the challenge by turning it into an opportunity to learn all the detailed aspects of the job and prove myself beyond expectations. I use that new knowledge and expertise to continue to advance my career.

How can we better support women?

When I first started, it seemed like an oddity to see another woman in the field. And there is a huge cultural gap, especially for Native Americans, where women remain the primary caregivers at home. While it has improved over time, it is still a work in progress. I encourage women to establish a network—not just in their crew, but across the nation—to support each other and build on our collective successes.

We can better support women by recognizing the different talents each person brings to the table and by allowing women the opportunity to rise to the occasion.

How does your heritage influence your work?

My grandmother is my role model. As a Native woman, she taught me to challenge policy and ideology, to push through the glass ceiling. She used to say, “Women can be anything they want to be. Just do it with your whole heart.”

My grandmother taught me that strength comes with empathy and care. To me, leadership means recognizing yourself not simply as an individual but as a member of the whole team. We are in this together, and we all share our successes and failures as one.

Jacqueline Martin is the Assistant Director for the Bureau of Indian Affair’s Branch of Wildland Fire Management and has worked in wildland fire management for 30 years.

Erin McDuff is a public affairs specialist with the Office of Wildland Fire.

Thao Tran is a senior government professional with robust experience overseeing budget, program management, and strategic planning. She previously served as Budget Officer for the Department of the Interior's Office of Wildland Fire and is committed to advancing equity, diversity, and inclusion in the federal government. 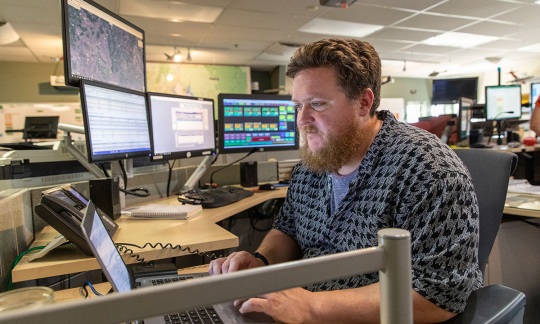 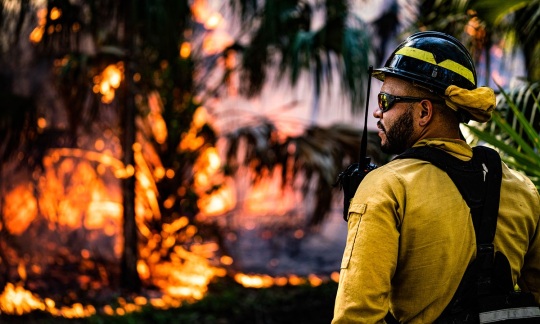 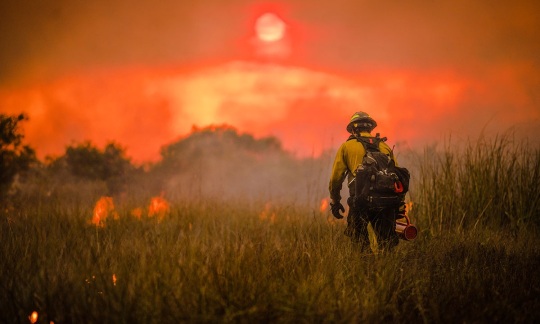