Secretary Haaland was in Detroit this week, where she toured the Detroit River International Wildlife Refuge and highlighted Interior's efforts to increase equitable public access to outdoor spaces. The Secretary heard from U.S. Fish and Wildlife Service staff about their ongoing work to nurture partnerships within local communities. She also joined Congresswoman Debbie Dingell at a ribbon-cutting ceremony to celebrate the re-opening of the John D. Dingell, Jr. Visitor Center, which will be used for environmental interpretation and education, as well as outreach to underserved communities.

Deputy Secretary Tommy Beaudreau completed a multi-day visit to Albuquerque this week where he met with state, local, and Tribal leaders, Interior employees and community members, to highlight the Bipartisan Infrastructure Law’s investments in drought resilience and water management. The Deputy Secretary also underscored the Biden-Harris administration’s commitment to unlocking and delivering the full potential of clean energy on our public lands and waters, while creating good-paying union jobs and reducing emissions.

More than two decades of drought and climate change have pushed the massive reservoirs on the Colorado River to historically low levels. Lake Powell is currently at its lowest level since its first filling in the 1960s. The Assistant Secretary for Water and Science Tanya Trujillo and the Bureau of Reclamation this week announced two separate urgent drought response actions that will help prop up Lake Powell by nearly 1 million acre-feet of water over the next twelve months – protecting infrastructure and operations at Glen Canyon Dam. With support from the Basin, more water will flow into the lake from upstream reservoirs, and less water will be released downstream.

Secretary Haaland and Bureau of Ocean Energy Management Director Amanda Lefton delivered remarks at the signing ceremony for a project labor agreement between North America’s Building Trades Union and Ørsted North America. This National Offshore Wind Agreement in support of projects from Maine to Florida is the first of its kind in the United States. Key to the Biden-Harris administration’s climate goals is the transition to an equitable, clean energy future while creating good-paying, union jobs.

Interior this week announced more than $10 million provided by the Bipartisan Infrastructure Law will be used for vital repairs and upgrades for Indian Affairs-owned water systems. Assistant Secretary for Indian Affairs Bryan Newland announced those investments from the banks of the Columbia River in Washington state. The Infrastructure Law invests more than $13 billion directly in Tribal communities across the country, including a total of $466 million to the Bureau of Indian Affairs over five years.

President Biden once again signed a proclamation commemorating May 5th as National Missing or Murdered Indigenous Persons Awareness Day. Secretary Haaland and Deputy Attorney General Lisa Monaco recognized the day with a virtual event to highlight the importance of the Not Invisible Act Commission in the collaborative efforts to address the crisis. The commission members, announced this week, represent law enforcement, Tribal leaders, federal partners, service providers, family members of missing or murdered individuals, and most importantly — survivors. It will make recommendations to the Departments of the Interior and Justice to improve intergovernmental coordination and establish best practices.

The U.S. Geological Survey and Apple this week released a new study on how much ore and waste rock must be mined, moved and processed to produce a refined unit of a mineral commodity. USGS says the rock-to-metal ratio and the underlying data unearthed by the study have many potential uses, such as helping manufacturing companies decide where to source minerals and which materials to use in their products.

The National Park Service this week announced more than $3 million in grants to fund 10 projects in 7 states to preserve sites related to the struggle for the equality for all Americans. These grants from the Historic Preservation Fund support physical preservation projects by states, Tribes, local governments, and nonprofit organizations.

The Interior Museum at the Stewart Lee Udall Building in Washington D.C. reopened this week, welcoming back employees and members of the public. The May 2nd date coincided with the historic 150th anniversary of the debut of Thomas Moran’s famous Yellowstone painting on view as part of the museum’s newest exhibition, Thomas Moran & the “Big Picture.”

And our social media Picture of the Week, a gorgeous silky phacelia blooming in the majestic landscape of Montana's Glacier National Park. This National Wildflower Week we celebrate the beauty of those colorful blossoms that bring joy to the heart and soul, while providing a valuable habitat for wildlife and a haven for pollinators.

This Week: Secretary Haaland visits Detroit to highlight Interior's efforts to increase equitable public access to outdoor spaces; Deputy Secretary Beaudreau talks drought resilience, water management and infrastructure during a trip to Albuquerque; Interior announces urgent drought response actions that will help prop up Lake Powell; an historic signing ceremony for a project labor agreement between North America’s Building Trades Union and Ørsted North America; more than $10 million provided by the Bipartisan Infrastructure Law will be used for vital repairs and upgrades for Indian Affairs-owned water systems; a solemn event to commemorate National Missing or Murdered Indigenous Persons Awareness Day; the U.S. Geological Survey and Apple team up for a new study on crucial minerals; more than $3 million in grants to preserve sites related to the struggle for equality for all Americans; the Interior Museum re-opens its doors in Washington, D.C.; and we're celebrating the beauty of wildflowers in our social media Picture of the Week! 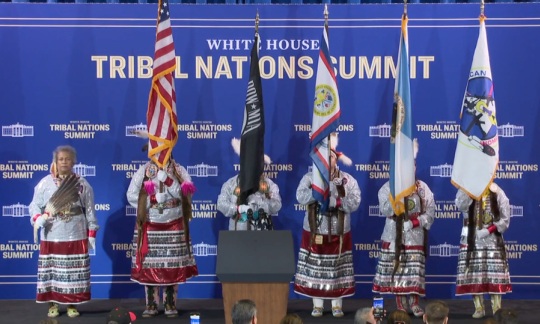 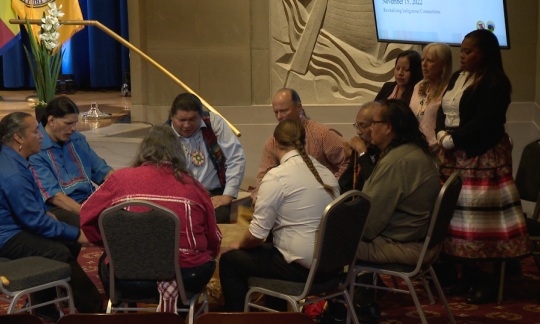 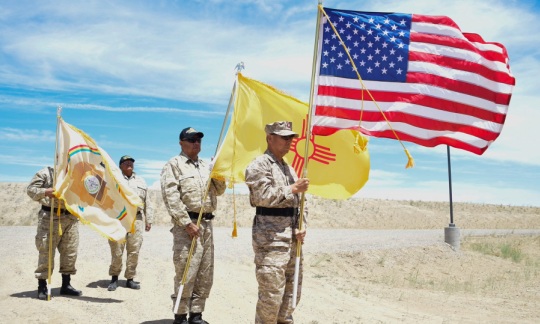