A Memorandum of Understanding (MOU)
among the U.S. Army Corps of Engineers, U.S. Department of Agriculture Forest Service, and six Department of the Interior bureaus focuses on boosting federal coordination, communication and collaboration to enhance the capacity of federal, state and tribal agencies to rapidly respond to discoveries of invasive mussels in western states.

“This MOU helps protect the economy and environment of the West by emphasizing preparedness and prompt response to invasive species outbreaks,” said Acting Assistant Secretary for Policy, Management and Budget Scott Cameron. “Early action can avoid costs later. The MOU complements Interior’s ongoing work with states, tribes and other federal agencies and partners to protect the West from harmful impacts of invasive mussels and other invasive species.”

“Invasive mussels and other invasive species pose a significant risk to the Forest Service’s ability to meet our stewardship mission on national forests and grasslands, and across the landscape,” said Chief Vicki Christiansen of the USDA Forest Service. “Healthy streams, lakes, and rivers benefit Americans in a myriad of ways, from clean drinking water to important native species to diverse recreational opportunities. One in five Americans relies on water that comes from National Forest System lands, and we are committed to working with our partners to protect and sustain the nation’s vital aquatic resources.”

After prevention, rapid response is the most cost-effective action to eradicate newly arrived invasive species before they spread and cause harm to infrastructures, ecosystems and economies. Many waterbodies in the West remain free of invasive mussels; however, with infestations in the Colorado River Basin including Lake Mead, Lake Powell, Lake Mojave and Lake Havasu, the risk is high that mussels may hitchhike on watercraft and be introduced to uninfested waterways.

Invasive mussels annually cause more than $1 billion in economic impacts and management costs nationwide. The MOU leverages efforts at local, regional and national levels to promote coordinated rapid response capabilities and advances such actions as training through in-field and table-top exercises, monitoring waterbodies to enable early detection, pursuing more efficient compliance with environmental regulations so paperwork does not get in the way of problem-solving control measures, and sharing data and available resources, including staff, equipment and funding. In addition, the MOU emphasizes federal agency commitments to working closely with states, tribes and other partners.

The MOU extends efforts led by the Administration under

Invasive quagga and zebra mussels clog hydroelectric facilities and municipal and irrigation water supply systems, degrade recreational opportunities, and damage aquatic ecosystems. In the Great Lakes region, invasive mussels cause more than half a billion dollars of damage a year and have dramatically changed the ecosystem. They pose a similar threat across the West—particularly in the Columbia River Basin—and in others including the Colorado River Basin. 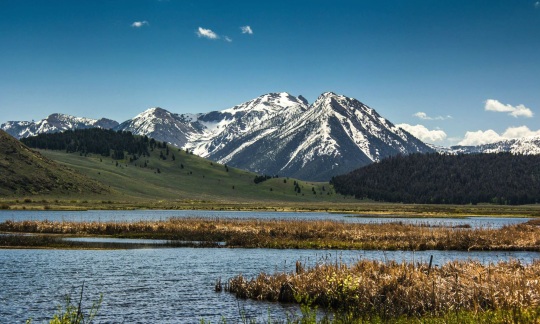