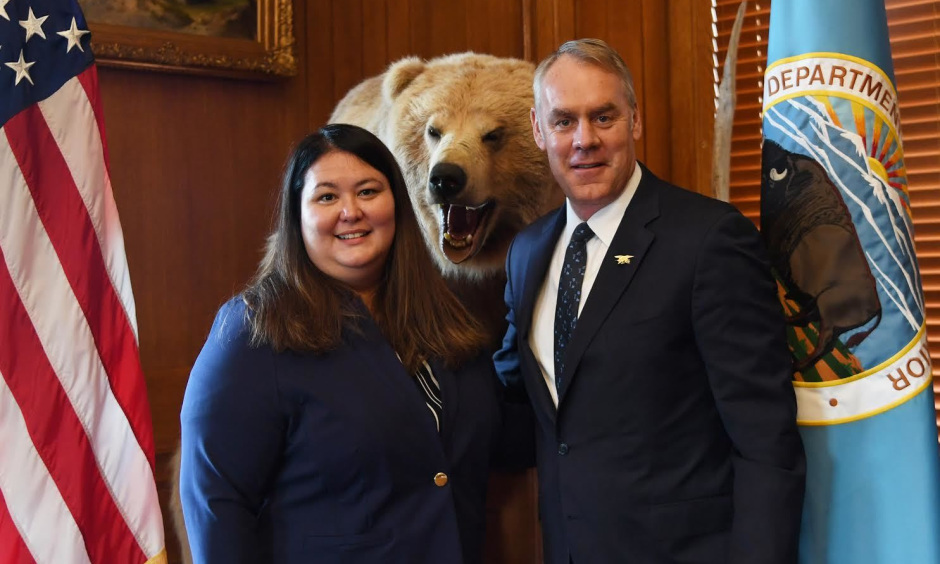 WASHINGTON – Earlier this month, Tara Mac Lean Sweeney, a prominent Alaskan leader and acclaimed businesswoman with the Arctic Slope Regional Corporation, was sworn in as the Department’s Assistant Secretary for Indian Affairs. Sweeney was nominated by President Donald J. Trump in October 2017. Sweeney, a member of the Native Village of Barrow and the Iñupiat Community of the Arctic Slope, is the first Alaska Native and only the second woman in history to hold the position.

“Tara is a results-driven team leader and coalition builder who has an impressive combination of business acumen and service to her community,” Secretary of the Interior Ryan Zinke said. “Her lifelong active engagement in Native American policy development and her outreach, advocacy, and organization skills are the combination we need to carry out the President’s reform initiative for Indian Country. She will be a great asset to the Department."

“I am honored to be able to serve Indian Country in this capacity,” Tara Sweeney said. “My goal is to develop strong relationships with Tribes, Alaska Native corporations, and Native Hawaiian Organizations to work on innovative solutions for lifting up our communities. I am motivated to work with Indian Country to find efficiencies inside the Bureau of Indian Affairs, improve service delivery and culturally relevant curriculum in the Bureau of Indian Education, and create a more effective voice for Tribes throughout the Federal Government. I am humbled by the confidence President Trump and Secretary Zinke have shown in me and ready to serve.”

Sweeney grew up in rural Alaska and has spent a lifetime actively engaged in state and national policy arenas focused on advocating for responsible Indian energy policy, rural broadband connectivity, Arctic growth and Native American self-determination. She has served her Arctic Slope Regional Corporation and its subsidiaries in a variety of capacities for nearly two decades. The $2.6 billion corporation is the largest locally-owned and operated business in Alaska, with about 13,000 Iñupiat Eskimo members and 12,000 employees worldwide. In her role as the Executive Vice President of External Affairs, she was responsible for all facets of government affairs and corporate communications. Her primary responsibilities include strategic policy and position development, implementation and execution; engagement with federal and state executive and legislative branches on improving policies affecting Indian energy, taxation, resource development, government contracting, broadband development and access to capital; as well as all facets of corporate communication as official company spokesperson, including stakeholder engagement and coalition building.

Sweeney also has served in leadership positions on numerous business and nonprofit boards at both the state and national level, including chair of the Arctic Economic Council from 2015 to 2017; co-chair of the Alaska Federation of Natives (2013); Coast Guard Foundation Board of Trustees; the University of Alaska Foundation Board of Trustees; FCC Advisory Committee on Diversity for Communications in a Digital Age; Analytical Services, Inc.; Kohanic Broadcast Corporation (parent to the first Native American-owned, publicly supported FM radio station); Cherokee Nation New Market Tax Credit Advisory Board (CNB Economic Development Company, LLC, beneficiary); Breast Cancer Focus, Inc.; and Arctic Power.

Among her honors, Sweeney -- a lifetime member of the National Congress of American Indians -- was crowned Miss NCAI in 1993 and traveled the country as an ambassador for the organization. In 2003, Governor Frank Murkowski recognized Sweeney’s passion for rural Alaska, appointing her to his cabinet as Special Assistant for Rural Affairs and Education. In 2008 she was honored as a “Top Forty Under 40″ business leader by the Alaska Journal of Commerce. In 2014 & 2017 her team won two Emmy® Awards from the Northwest Chapter of the National Academy of Television Arts & Sciences, for its IAM IÑUPIAQ commercial campaign 2014 and its 2017 long-format documentary titled, “True North, the Story of ASRC”. She also served as co-chair for Senator Dan Sullivan’s (R-AK) successful Senate campaign. In 2017 she was inducted into the Anchorage ATHENA Society, a program of the Anchorage Chamber of Commerce that encourages the potential of women as valued members and leaders of the business community.

Born to Dr. Bryan Mac Lean and the Late Representative Eileen Panigeo Mac Lean, Sweeney is the granddaughter of the Late May Ahmaogak Panigeo and the Late Henry Panigeo of Barrow. She is the great granddaughter of the Late Bert and Nellie Panigeo and Isabel and Dr. Roy Ahmaogak. She was raised, attended schools and lived most of her life in rural Alaska in villages from Noorvik to Wainwright, Barrow, Bethel, and Unalakleet. She graduated from Barrow High School in 1991. A 1998 graduate of Cornell University School of Industrial and Labor Relations with a Bachelor of Science Degree, Sweeney is married to Kevin, and together they have two children, Caitlin and Ahmaogak.

Through its Bureau of Indian Affairs (BIA) and Bureau of Indian Education (BIE), Interior provides services (directly or through contracts, grants or compacts) to 1.9 million American Indians and Alaska Natives. There are 573 federally recognized American Indian tribes and Alaska Native corporations in the United States. The BIE provides education services to about 42,000 Indian students. The Indian trust, co-managed by BIA and the Office of the Special Trustee, consists of 55 million surface acres and 57 million acres of subsurface mineral estate. More than 11 million acres belong to individual Indians and nearly 44 million acres are held in trust for Indian tribes. On these lands, the Department manages more than 122,817 revenue-producing leases. In conjunction with the Department of the Treasury, Interior also manages about $4.9 billion in Indian trust funds. In Fiscal Year 2016, $1.2 billion was received into and disbursed from tribal and individual Indian beneficiaries’ accounts. 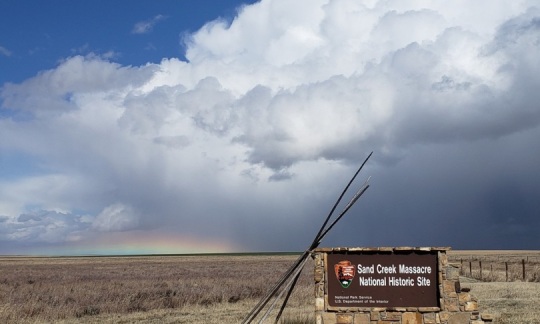