Report Focus on Immigration and

Proposed Military Activities in the CNMI 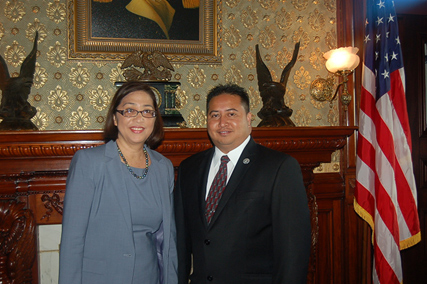 WASHINGTON, D.C. (January 17, 2017) – U.S. Special Representative Esther Kia’aina and the Commonwealth of the Northern Mariana Islands (CNMI) Special Representative, Governor Ralph Torres, transmitted the 902 Consultations Report to Congressional leaders today.  The report is the culmination of eight months of official consultations, informal discussions, and site visits to locations in the CNMI, a U.S. territory in the Western Pacific region.

The 902 Consultations process began on May 19, 2016, when President Obama designated Esther Kia’aina, the Assistant Secretary for Insular Areas, as the U.S. Special Representative for 902 Consultations.  These discussions are authorized by Section 902 of the Covenant to Establish the CNMI in Political Union with the United States of America.  The U.S. and CNMI Special Representatives agreed to focus on two critical issues raised by the CNMI: (1) the expiration in 2019 of the CNMI-Only Transitional Worker (CW) program; and (2) proposed military activities in the CNMI.

The first meeting occurred at the White House on June 6, 2016, and was followed by mid-June site visits to the CNMI islands of Saipan and Tinian to see businesses and construction sites impacted by the limited number of foreign workers, facilities working to train and grow the U.S. worker population, and areas impacted by the expansion of military training. Meetings with elected officials and affected members of the community as well as the site visits, provided first-hand knowledge to the Special Representatives and their teams of the economic challenges facing the CNMI people, government, and private industry. This was followed by official 902 Consultations in August, September, October, and December, and an historic trip to the remote northern island of Pagan on September 30.

The consultations and site visits were the basis for this report which reflects the views of both the U.S. and the CNMI and concludes with recommendations that both sides agreed would help the CNMI transition to a U.S. workforce and help advance the national security concerns of the U.S. in the dynamic Asia-Pacific region.

On the issues of immigration and labor, the Special Representatives agreed to several recommendations for action to address the need for workers and a stable economy in the CNMI.

On the issue of proposed military activities in the CNMI, the Special Representatives and their teams reviewed the history of military activities in the CNMI, the original military plans for Tinian, and significant DoD projects in recent years (the Guam and CNMI Military Relocation Project, the Mariana Islands Training and Testing Project, the Air Force’s Divert Activities and Exercise Project, and the CNMI Joint Military Training Project (CJMT).

CNMI concerns focused on the: (1) Potential Inconsistences between the CJMT and the CNMI Covenant, the Technical Agreement, and the 1983 Lease Agreement; (2) Potential Impacts of the CJMT on the CNMI’s Economic Self-Sufficiency; (3) The Need to Ensure Meaningful Opportunities for the CNMI to Participate in the Decision-Making Affecting the Commonwealth; and (4) Appropriate Compensation for Military Activity on Farallon de Medinilla.

The Special Representatives, who credited the 902 Consultations process for strengthening relations between the U.S. Department of Defense (DoD) and the CNMI Government, recommended the creation of a CNMI/DoD Coordinating Council, which will institutionalize a process and improve communications and relations between DoD and the Commonwealth. This Coordinating Council addresses concerns by the CNMI that conversations with DoD should take place outside and beyond the required environmental analysis processes and gives territorial leaders a forum to engage in open communication to bridge disagreements and resolve issues.

“It has been an honor to represent the United States for this process,” said U.S. Special Representative Esther Kia’aina. “This joint report reflects the strength of the U.S.-CNMI relationship and will provide federal policymakers in the Executive Branch and the Congress with a roadmap on how to best address important issues that have a tremendous impact on the economy and overall well-being of the CNMI people.”

“It was truly an honor to work alongside my federal government counterpart, Assistant Secretary Esther Kia'aina, in this significant endeavor for the people of the CNMI,” said CNMI Special Representative Ralph Torres. “I thank President Barack Obama for allowing the CNMI an opportunity to voice our concerns and have those concerns be incorporated into the Report's final recommendations. This is an important and historic event in our relationship with the Federal Government and is one that will continue to provide for greater understanding of the critical issues facing the CNMI going forward.”

Since the Covenant was fully implemented in 1986, several 902 Consultations have been initiated. This is the first known 902 Consultations to result in a report to the President that has been transmitted to Congress.

For a copy of the full report, please visit the Office of Insular Affairs website here. 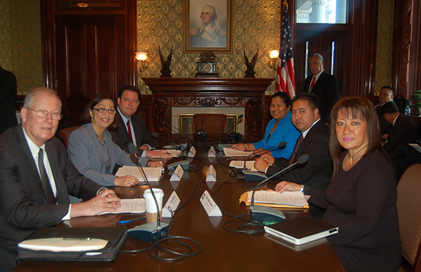 The Secretary of the Interior is responsible for coordinating federal policy with respect to the territories of the U.S. Virgin Islands, American Samoa, Guam, and the Commonwealth of the Northern Mariana Islands, and administering and overseeing U.S. federal assistance provided to the freely associated states of the Federated States of Micronesia, the Republic of the Marshall Islands, and the Republic of Palau under the Compacts of Free Association. On behalf of the Secretary, the Assistant Secretary for Insular Areas executes these responsibilities through the Office of Insular Affairs whose mission is to foster economic opportunities, promote government efficiency, and improve the quality of life for the people of the insular areas. 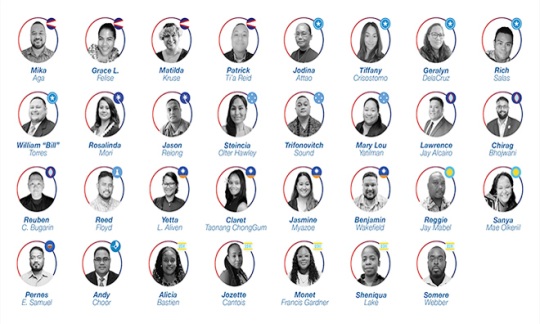 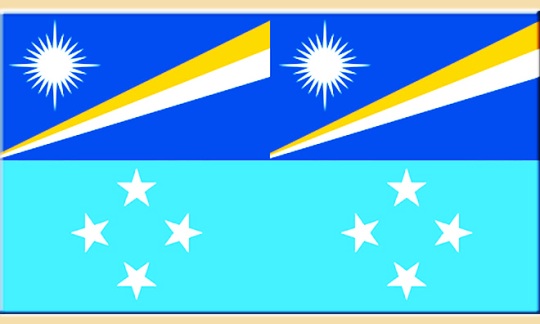