Program has promoted economic growth, generated billions in private investment, and helped create 2.2 million jobs in communities across the country

DETROIT, MI – Secretary of the Interior Ken Salazar today asked the National Park Service to conduct an internal review of the highly successful Federal Historic Preservation Tax Incentives Program to ensure that it is maximizing opportunities to use historic preservation to promote economic development and revitalization of communities, especially in urban areas.


“Preserving and restoring historic buildings has the potential to breathe life into local communities and their economies,” Salazar said at a meeting in Detroit that included economic development, real estate and design professionals and other stakeholders. “The Federal Historic Preservation Tax Incentives Program is the largest and most effective federal program specifically supporting historic preservation, and we want to make sure that we are doing everything we can to work in partnership with local communities, developers and other stakeholders to provide guidance and promote restoration efforts.”


The program, administered by the National Park Service and the Internal Revenue Service in partnership with State Historic Preservation Offices, provides a 20 percent tax credit to developers who undertake a substantial rehabilitation of a historic building while maintaining its historic character.


Since its inception in 1976, it has supported more than 39,000 approved projects and generated $66 billion in private investment in the rehabilitation of income-producing properties. These projects have created more than 2.2 million jobs. These jobs have tended to be local, and more high skilled and higher paying than new construction.


Salazar has asked Director of the National Park Service Jonathan B. Jarvis and Associate Director of Cultural Resources Dr. Stephanie Toothman to examine the program with a view to strengthen partnerships with local communities and State Historic Preservation Offices. The review will also look at ways the National Park Service can better promote the program to broaden the public's understanding of its benefits and eligibility requirements.


“I think too few people realize this program's ability to strengthen communities and create jobs,” said Director Jarvis. “As we approach the 50th anniversary of the National Historic Preservation Act, this program review will help ensure that we are being effective in promoting the program's opportunities and working directly with the stakeholders with whom it benefits.”


The incentive program is especially valuable in economically depressed area. Properties in the program often have been vacant for years, or even decades, and are in highly deteriorated condition. The majority of tax credit projects are in depressed areas; in fact, a recent analysis for Fiscal Year 2002 to Fiscal Year 2008 indicated that about two-thirds of all projects were in areas at or below 80 percent of median family income.


“When we work together with local communities, non-profit organizations, developers and other partners to restore old building that are rundown or vacant, we not only help preserve our national heritage but we also begin the process of transforming depressed neighborhoods and helping them realize their full economic potential,” Salazar said.


In Detroit, the Federal Historic Preservation Tax Incentives program has supported 70 projects since 2000, representing over a half billion dollars in private investment. Today's meeting was held at the Odd Fellows Building, which was rehabilitated in 2006 by the Southwest Detroit Business Association with the help of historic tax credits. The building was structurally unsound, without a roof, and close to being demolished when the association acquired it. 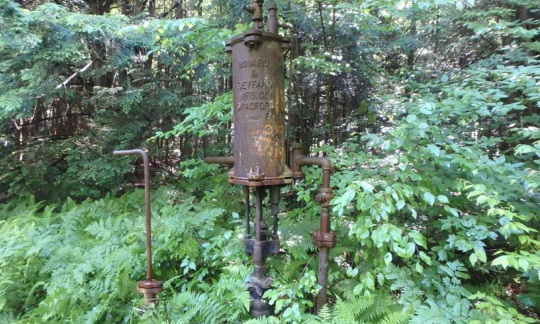