POINT ARENA, Calif. — Secretary of the Interior Sally Jewell today hosted a public listening session in Point Arena, California to hear from the community about their vision to conserve a scenic and significant area of coastal public lands in Mendocino County. Secretary Jewell was joined by Congressman Jared Huffman and the Bureau of Land Management Principal Deputy Director Neil Kornze.


Today's meeting comes on the heels of Secretary Jewell's major speech on conservation where she emphasized support for locally-driven efforts to preserve and protect places that hold special meaning to communities across the country. Congressman Huffman, along with Congressman Mike Thompson, Senator Barbara Boxer and Senator Dianne Feinstein, has introduced legislation to include approximately 1,255 acres of the Point Arena-Stornetta Public Lands to the existing California Coastal National Monument.


“Today I had a chance to hike this spectacular coastline and to see first-hand how important this area is for the community and for its economy – from tourism to outdoor recreation,” said Jewell. “And this afternoon I heard from a community who is proud of their incredible landscapes and proud of the work they've done over the years to protect them for current and future generations. We have an opportunity here to not only support the community's vision to conserve this land, but also to create a world-class destination for outdoor recreation and the study of coastal resources, and to strengthen the local economies.”


A Bureau of Land Management report estimates that outdoor recreation on the public lands in California contributed nearly $900 million to the economy in 2012.


“I am very pleased that Secretary Jewell accepted my invitation to the Point Arena-Stornetta Public Lands and was able to see the tremendous support from the local community for adding these lands to the California Coastal National Monument,” Congressman Huffman said. “This is an unmatched opportunity to preserve a pristine stretch of coastline and boost the local tourism industry, already Mendocino County's largest employer. I hope Secretary Jewell and the Obama administration find this land as beautiful and worthy of preservation as we do.”


For the past decade the Bureau of Land Management has been working with partners, including the Trust for Public Land, the Conservation Lands Foundation, California Natural Resources Agency, California Coastal Conservancy, The Nature Conservancy and many other partners and private land owners to preserve the coastal bluffs and meadows of the Stornetta and Point Arena ranches.


With completion of several land acquisitions, in part funded by the Land and Water Conservation Fund, the public now has unfettered access to 12 miles of federal and state-managed public lands, from the community of Point Arena north to Manchester State Beach.


The lands provide breathtaking vantage points for the rocks, islands and exposed reefs of the California Coastal National Monument, which was established in 2000. Point Arena community leaders have led efforts for protection and increased recognition of these public lands.


Administered by the Bureau of Land Management, the Stornetta Public Lands, located along the Mendocino County coast just north of the town of Point Arena, include more than two miles of coastline, the estuary of the Garcia River and adjacent beach, and a small island accessible during low tide. Stornetta borders the Pacific Ocean and the historic Point Arena Lighthouse on the west. To the north it is bordered by Manchester State Park. To the east it is bordered by State Highway 1 and Windy Hollow County Road.


In addition to providing recreation access for residents and visitors to the southern Mendocino County coast, the property provides an outdoor classroom setting immediately adjacent to Point Arena schools, and is within easy reach of a community college and a state university. The lands are recognized by several state and federal agencies as containing significant natural resources, including important wildlife habitat, several riparian corridors, extensive wetlands, ponds and other water sources, cypress groves, meadows and sand dunes.


The area is important habitat for migratory waterfowl, shore birds and raptors, as well as several endangered or threatened species, such as the Point Arena mountain beaver, Behren's silver spot butterfly, western snowy plover, California red-legged frog, and salmon and steelhead that live in the Garcia River. The Garcia River is prime Coho and Chinook salmon habitat.


A map of the Point Arena Stornetta Public Lands is here. 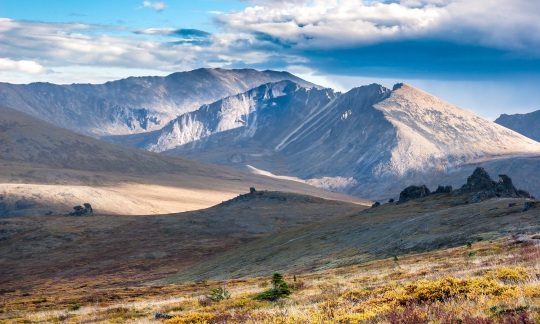