WASHINGTON, DC – As part of an ongoing agenda to change the way the Department of the Interior does business, Secretary of the Interior Ken Salazar today announced a set of reforms that will provide federal inspectors more tools, more resources, more independence, and greater authority to enforce laws and regulations that apply to oil and gas companies operating on the Outer Continental Shelf.


Salazar has also enlisted the National Academy of Engineering to provide a set of fresh eyes on the issues surrounding the Deepwater Horizon incident and an independent, science-based understanding of what happened.


“The tragedy aboard the Deepwater Horizon and the massive spill for which BP is responsible has made the importance and urgency of our reform agenda even clearer,” said Secretary Salazar. “We have been – and will continue to be – aggressive in our response to BP's spill, but we must also aggressively expand the activities, resources, and independence of federal inspectors so they can ensure that offshore oil and gas operations are following the law, protecting their workers, and guarding against the type of disaster that happened on the Deepwater Horizon.”


The reforms Secretary Salazar announced today are the first of several potential changes the Department of the Interior is considering. Secretary Salazar is conducting a 30-day safety review at the request of President Obama, has assembled an Outer Continental Shelf Safety Oversight Board to provide recommendations for improved management and oversight of OCS operations, and the MMS is conducting a Joint Investigation of the incident with the U.S. Coast Guard.

Secretary Salazar announced that he intends to restructure the Minerals Management Service (MMS) in order to establish a separate and independent safety and environmental enforcement entity. Salazar said the MMS's inspection, investigation, and enforcement operations will be separate and independent from the agency's leasing, revenue collection, and permitting functions. Currently, the Minerals Management Service collects energy revenues on behalf of American taxpayers and enforces laws and regulations that apply to offshore energy operators.

“The job of ensuring energy companies are following the law and protecting the safety of their workers and the environment is a big one, and should be independent from other missions of the agency,” said Salazar. “We will responsibly and thoughtfully move to establish independence and separation for this critical mission so that the American people know they have a strong and independent organization holding energy companies accountable and in compliance with the law of the land.”

The oil spill response legislation that the Obama Administration will submit to Congress will propose an additional $29 million for inspections, enforcement, studies and other activities. This includes approximately $20 million for increased inspections of other platforms, engineering studies, and enforcement of safety regulations for other offshore platforms, another $7 million for more comprehensive evaluations of policies, procedures and actions that may be needed in light of the Deepwater Horizon incident, and $2 million for the Fish and Wildlife Service, U.S. Geological Survey or others to conduct general environmental studies. MMS's budget for inspections for Fiscal Year 2010 is $23 million.

At the request of the Obama Administration, the National Academy of Engineering will conduct an independent, technical investigation to determine the root causes of the Deepwater Horizon disaster so that corrective steps can be taken to address the mechanical failures underlying the accident.

The National Academy of Engineering (NAE) is a highly-regarded and respected organization affiliated with the National Academy of Sciences (NAS). Its projects, like those of the NAS, are implemented by the Academies' operating arm, the National Research Council (NRC). Its project teams are composed of members of the NAE and other experts from academia, industry, and - when appropriate - from government. The team members are unpaid experts throughout the world with knowledge and expertise in various engineering disciplines. Similar, independent investigations have been conducted of events like the space shuttle Challenger accident. NAE and NAS analyses and technical investigations often lead to results and findings that have had enormous impact on future policy decisions.

The independent NAE analysis and technical investigation will complement -- but not replace -- the on-going joint investigation that the USCG and MMS are conducting under their respective governmental investigative authorities.

The Obama Administration, in the oil spill response legislation it is submitting to Congress, is proposing to eliminate a 30-day congressionally-mandated deadline for the Minerals Management Service (MMS) to act on exploration plans that oil and gas companies submit. Changing this 30-day mandatory deadline to a 90-day timeline that can be further extended to complete environmental and safety reviews, as needed, would provide MMS more time to conduct additional environmental analysis on an exploration plan.

The changes Salazar announced today are the latest in a series of reforms to MMS that began in January 2009. Those reforms include: the establishment of new ethics standards; termination of the controversial royalty-in-kind program; balancing of the agency's mandate to include offshore wind and renewable energy production; implementing recommendations of the Inspector General and independent reviewers; directing an independent Marine Board review of MMS's inspection program for offshore facilities; cancelling proposed offshore lease sales in Bristol Bay and the Arctic Ocean; and establishing a clear, orderly, and science-based process for determining which areas on the Outer Continental Shelf may be appropriate for oil and gas development.

In addition, Secretary Salazar has undertaken several initiatives in response to BP's spill, including:

For information about the response effort, visit www.deepwaterhorizonresponse.com. 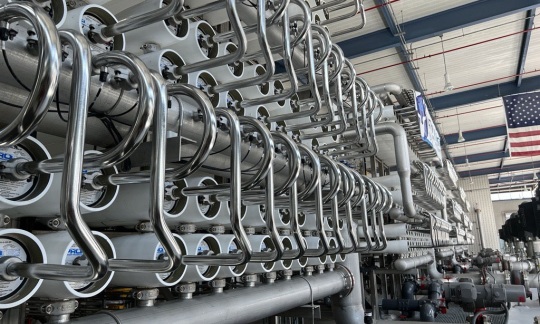 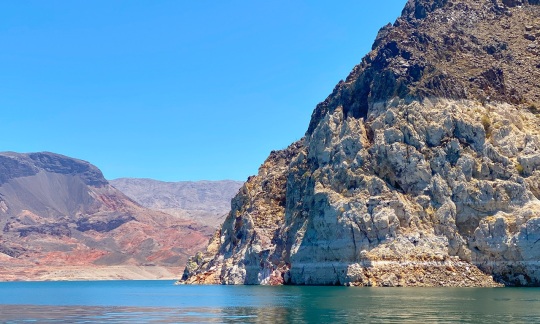