WASHINGTON — Echoing President Obama's State of the Union call for an “all of the above” energy strategy, the Department of the Interior today marked a major milestone for offshore wind energy along the Atlantic coast.

BOEM's National Environmental Policy Act (NEPA) assessment found that there would be no significant environmental and socioeconomic impacts from issuing wind energy leases in designated Outer Continental Shelf (OCS) areas off the mid-Atlantic Coast. Today, BOEM also published Calls for Information and Nominations for Maryland and Virginia to solicit lease nominations from industry and request public comments regarding site conditions, resources and multiple uses of the Wind Energy Areas.

“When it comes to powering our nation's homes, businesses and economy, we need to take an all-of-the-above approach to safely and responsibly developing our domestic energy resources,” Secretary Salazar said. “Offshore wind holds incredible potential for our country, and we're moving full-steam ahead to accelerate the siting, leasing and construction of new projects.”

In November 2010, Secretary Salazar launched the “Smart from the Start” wind energy initiative for the Atlantic OCS to facilitate the siting, leasing and construction of new projects. A critical piece of “Smart from the Start” included the identification of Wind Energy Areas, done in consultation with BOEM's intergovernmental renewable energy task forces and other federal agencies, and the development of the environmental assessment being announced today to simplify the leasing process.

Additionally, today the bureau announced the finalization of a first-of-its-kind lease form that will help streamline the issuance of renewable energy leases on the OCS. An essential tool to provide access rights to renewable energy resources, the bureau solicited public comment and conferred with industry, environmental nongovernmental organizations, and other stakeholders in the development of the form. Financial and other terms, as well as any site-specific mitigation measures, will be added to each individual lease before it is executed. The lease form is available today and will be effective 15 days following publication in the Federal Register at: http://www.archives.gov/federal-register/public-inspection/index.html.

“We are moving toward commercial-scale offshore wind energy leasing in the mid-Atlantic and adding the necessary tools to offer those leases,” said Director Beaudreau. “We considered public input and conducted a thorough analysis to ensure future projects are sited in the right places, where the wind energy potential is significant and where environmental effects and conflicts with other uses can be minimized and managed.”

The agency prepared an environmental assessment of the potential impacts of issuing renewable energy leases, including reasonably foreseeable consequences associated with site characterization activities, such as geophysical, geotechnical, archeological and biological surveys in the Wind Energy Areas off Maryland, Virginia, New Jersey and Delaware. The environmental assessment also considered potential environmental impacts associated with site assessment activities, such as the installation and operation of meteorological towers and buoys on leases that may be issued in these areas.

“Today's announcement opens up the ‘sweet spots' off the mid-Atlantic coast for development of our nation's remarkable offshore wind resource,” said Deputy Secretary of the Interior David J. Hayes. “Interior will continue to do its part to build a world-class offshore wind industry that provides clean, reliable, home-grown power and the American jobs that come with it.”

BOEM will use this environmental assessment to inform future leasing decisions in the mid-Atlantic Wind Energy Areas and to review site assessment plans. If a lessee proposes a wind energy generation project on its lease, BOEM would prepare a separate site- and project-specific analysis under NEPA of its construction and operations plan, and provide additional opportunities for public involvement.

The Notice of Availability of the environmental assessment and Finding of No Significant Impact are available through the Federal Register at: http://www.archives.gov/federal-register/public-inspection/index.html.

For more information and related links for the Maryland call, see: http://www.boem.gov/BOEM-Newsroom/Press-Releases/2011/press02022012(2).aspx.

For more information and related links for the Virginia call, see: http://www.boem.gov/BOEM-Newsroom/Press-Releases/2011/press02022012.aspx.

Additional information, including summaries of the public comments received and the Bureau's response to those comments is available at: http://www.boem.gov/Renewable-Energy-Program/Regulatory-Information/Index.aspx. 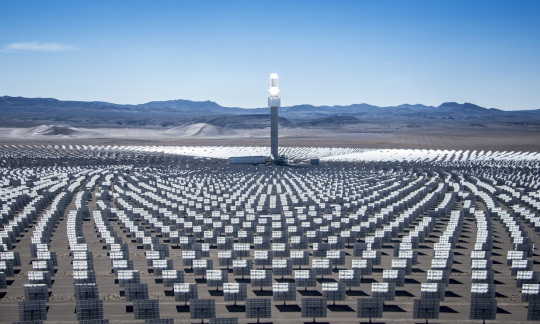