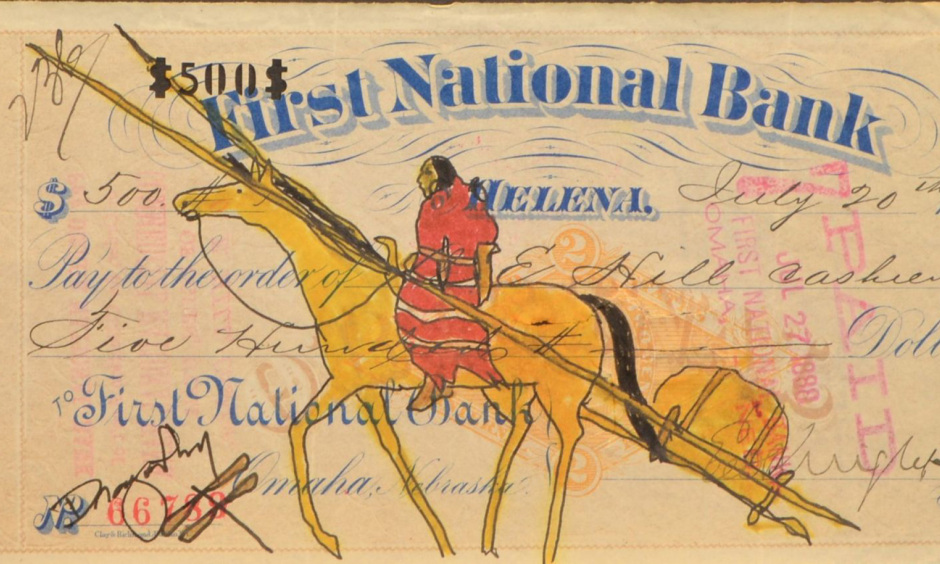 THE ARTFORMS OF DAVID DRAGONFLY

BROWNING, MONTANA: The Artforms of David Dragonfly, a special exhibition of contemporary work by David Dragonfly, presented by the Museum of the Plains Indian, administered by the U.S. Department of the Interior, Indian Arts and Crafts Board, is now available at the following website:

David Dragonfly, an enrolled member of the Blackfeet Tribe, uses his art to share the culture and history of the Blackfeet Indian people.  As an accomplished artist, he specializes in various artforms, such as linocut, ledger and collagraph paintings, and three-dimensional art including hide and woodwork.  These different media allow him to express his creativity by capturing the vibrant colors and designs that radiate from his interpretations of life among the Blackfeet people.

Although Mr. Dragonfly has Assiniboine family roots, he was raised on the Blackfeet Indian Reservation in Browning, Montana.  He attended the Institute of American Indian Art in Santa Fe, New Mexico, where he learned to make jewelry and carve stone.  Afterwards, Mr. Dragonfly enrolled at the University of Montana in Missoula, Montana, where he graduated with a Bachelor of Fine Arts in Painting in 1988.

Inspired by his diverse Native cultural background, Mr. Dragonfly began painting and drawing at a very young age.  Throughout his life as an artist, he developed an interest in the pictographic form of art.  This type of art is a historic form of Native American expression used by many Plains Indian tribes.  His time spent with University of Montana art professors Mr. Don Bunse and Mr. Jim Todd have inspired him further.

Mr. Dragonfly has participated in various exhibitions throughout his art career.  He was the featured artist at the Northern Plains Tribal Art Show in Sioux Falls, South Dakota, and participated in the Colorado Indian Market in Denver, Colorado, the Heard Museum Indian Fair in Phoenix, Arizona, the Helena Indian Market in Helena, Montana, and the Great Falls Native American Art Show in Great Falls, Montana.

This exhibit presents an exemplary portrayal of Mr. Dragonfly’s art style which is strongly influenced by his Blackfeet and Assiniboine cultural roots and the beautiful landscapes of the Blackfeet Indian Reservation.  His visually appealing artwork and imagery are reminiscent of Plains Indian pictographic art found in Montana and neighboring Canada.  It is a style with clean lines and broad, strong colors.

The artwork featured in the exhibition may be purchased by contacting David Dragonfly at davidjohndragonfly@gmail.com.