The Indian Arts and Crafts Board Logo: An Evolution in Native American Design 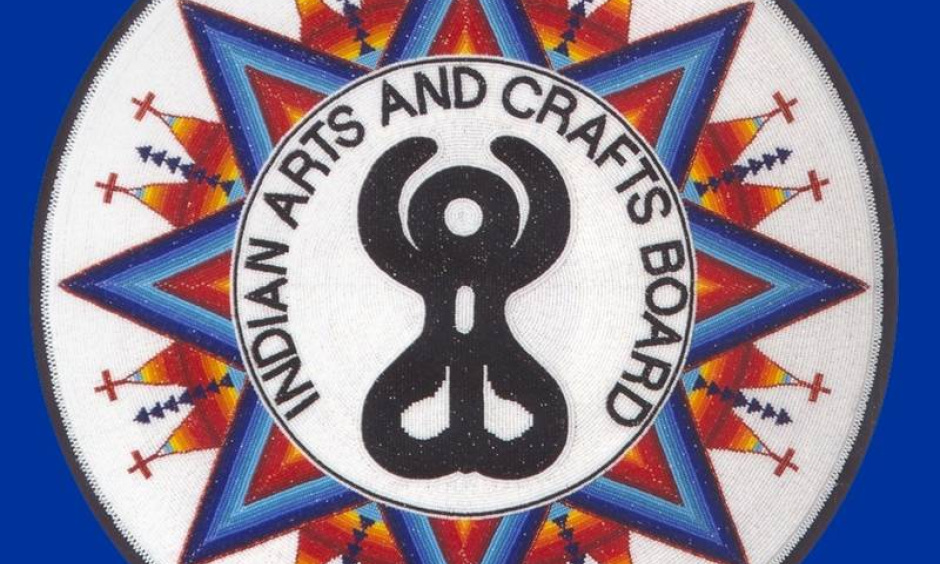 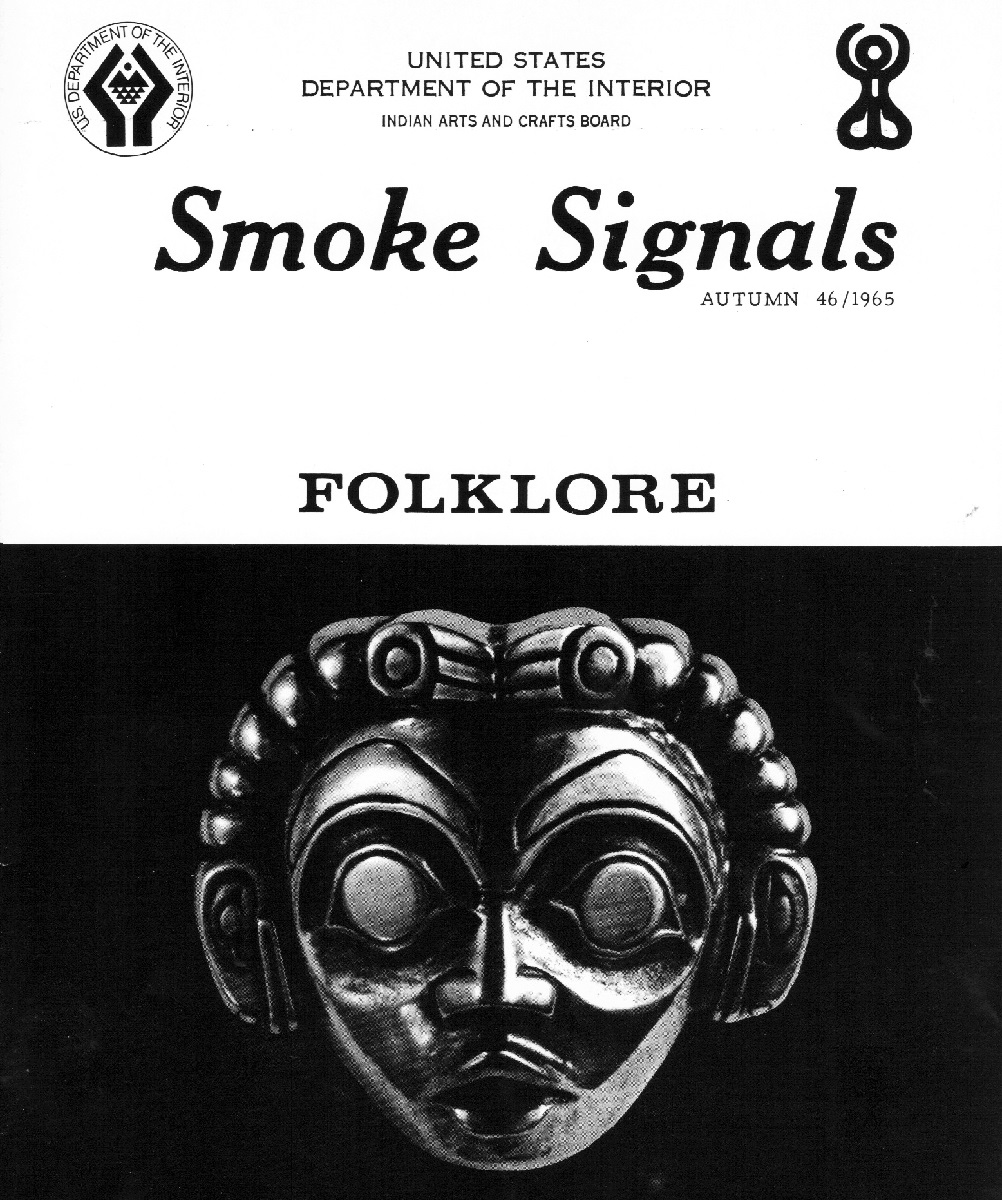 Between 1950 and 1968, the quarterly journal Smoke Signals was published by the Indian Arts and Crafts Board (IACB) to promote programs and exhibitions and to raise awareness and appreciation of Native American arts. In the Autumn 1965 issue, a new Board emblem appeared on the cover, which would later become the official logo of the IACB.

Designed by then-IACB staff member Myles Libhart, this anthropomorphic image was based on a prehistoric Hopewell copper object excavated from a mound in Ross County, Ohio, in the early twentieth century. Libhart wrote in an unpublished letter dated August 21, 1968, that the image appealed to him because it is “one of the earliest aesthetic images produced by an American Indian artist.” Furthermore, “[a]s a human image…it is most appropriately symbolic of the Board’s responsibilities and programs directed to the encouragement, education and promotion of one of America’s important human resources – the cultural heritage and contemporary arts and crafts of the Indian, Eskimo and Aleut of the United States.” Today, the original copper object is housed at the Field Museum in Chicago.

In 1968, a circular border was added to the logo enclosing the text “Indian Arts and Crafts Board.” This addition was to harmonize the IACB’s seal with that of the U.S. Department of the Interior’s logo of that era. The Board applied for trademark protection of the logo in 1973, and Trademark 1050231 was granted in 1976.

Nearly forty years would pass until the logo was redesigned yet again. In 2003, the Board commissioned Kiowa artist Paul McDaniels, Jr. (1957-2012), to create a beaded medallion incorporating the IACB logo, along with additional design elements. 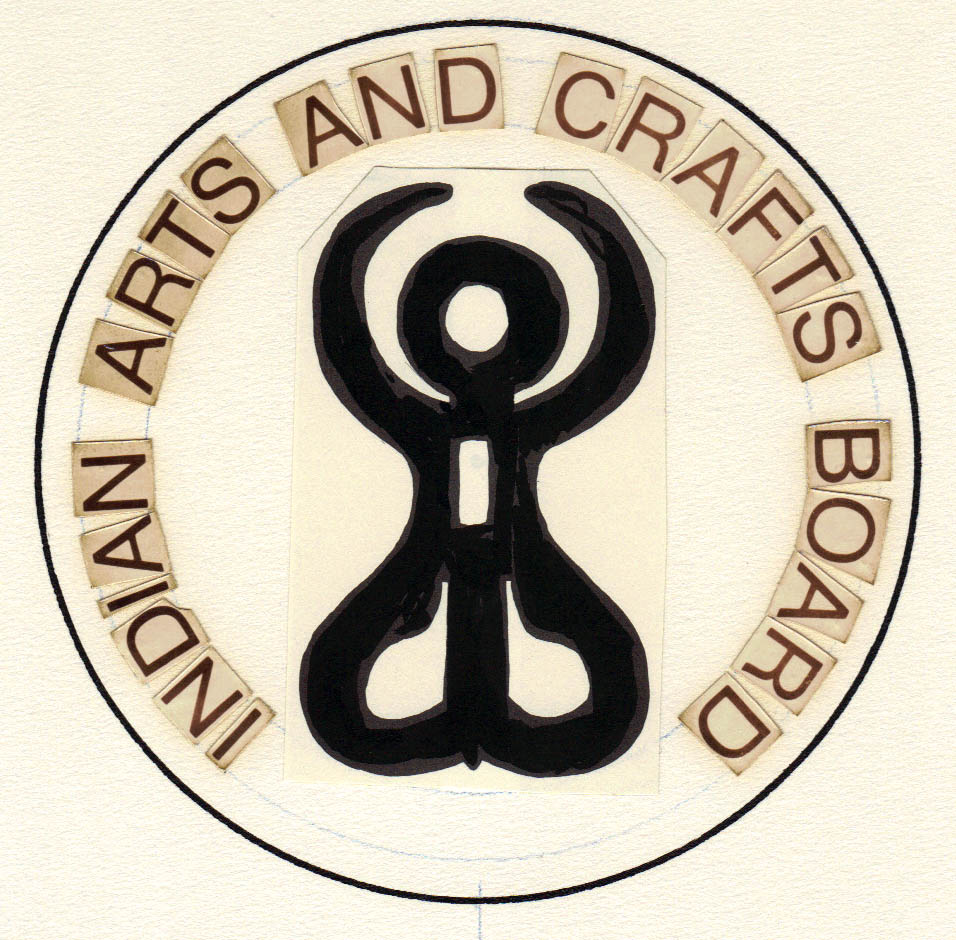 Original artwork (1968) of the
redesigned logo. Collection of
the Indian Arts and Crafts Board,
Washington, D.C.

McDaniels became interested in beadwork at the age of six, when his aunt Mary Todome came to visit his grandmother, Eugenia Hummingbird Mausape (Kiowa), who was beading a round medallion. Drawn to the intricate design and movements required by the craft, McDaniels and his sister Gina were given their first beading lesson that day. However, a decade would pass before McDaniels started work on another medallion. Eventually, he would come to master beading and his unique designs resulted in numerous awards at prestigious Native American art competitions.

In 2004, the logo and many other original art works created by McDaniels were first exhibited at the Southern Plains Indian Museum in Anadarko, Oklahoma, during a solo exhibition entitled “Paul McDaniels Jr. Beadwork.” McDaniels said of his craft: “I like to expand my mind that way – by coming up with different designs. I’m always looking for something unique…and I wonder if the person will like it or not. Then they see the finished word [and] their eyes light up…this makes me feel good!” 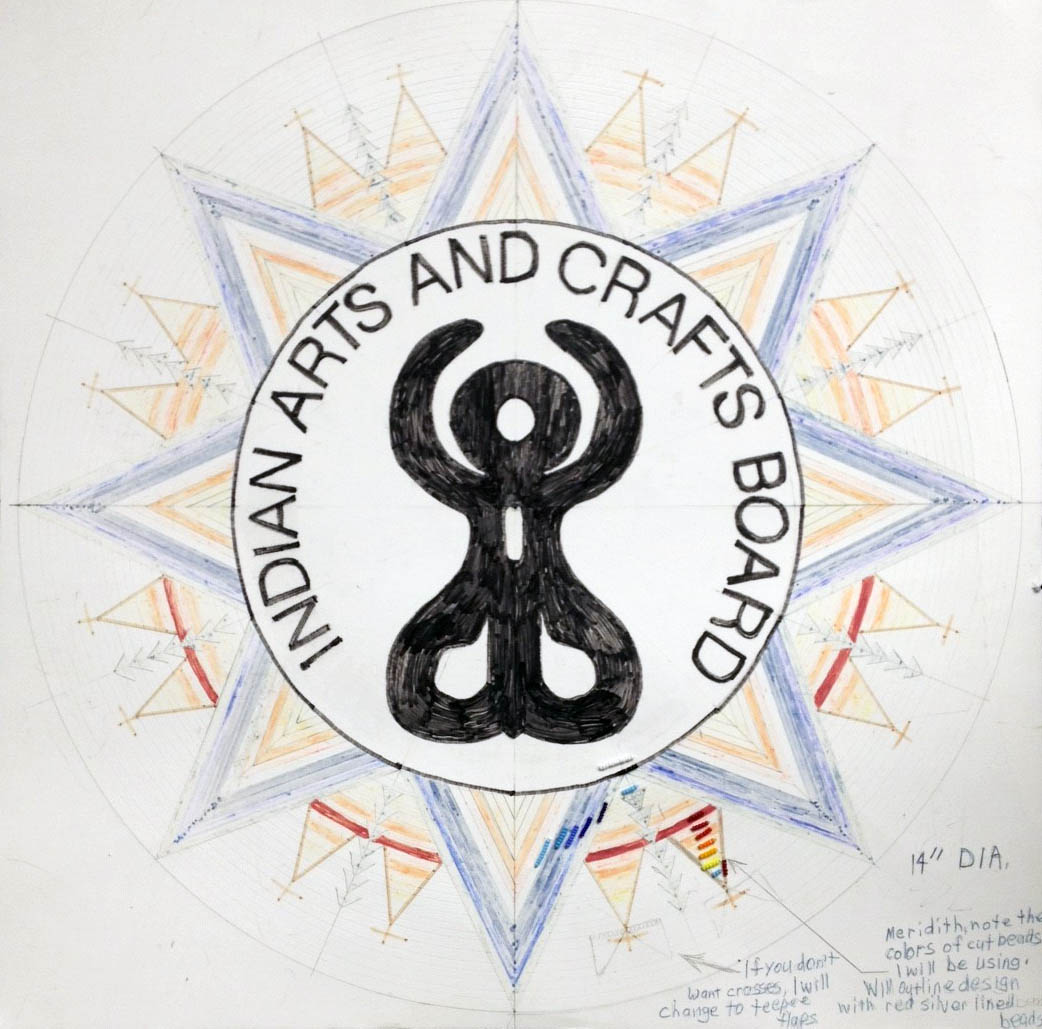 McDaniels’ original mock-up of the IACB
logo containing design notes. Collection
of the Indian Arts and Crafts Board,
Washington, D.C.

McDaniels’ new design proved so popular that the Board trademarked a version of the modified logo and it was registered on October 19, 2010, under number 3862360. To this day, the logo is used in conjunction with the IACB’s various educational, promotional, and exhibition activities, and demonstrates through its formal evolution the importance of Native American tradition, design, and functionality.