The President also expanded the Cascade-Siskiyou National Monument in southwestern Oregon and the California Coastal National Monument to protect natural and cultural resources and areas of critical biodiversity, including highly important wildlife habitat.

Building on the Administration’s commitment to protecting places that are culturally and historically significant and that reflect the story of all Americans, President Obama today designated the Birmingham Civil Rights National Monument in Birmingham, Ala., the Freedom Riders National Monument in Anniston, Ala. and the Reconstruction Era National Monument in Beaufort County, S.C. to honor historic sites in both states that played an important role in American civil rights history.

“African-American history is American history and these monuments are testament to the people and places on the front-lines of our entire nation’s march toward a more perfect union,” said Secretary Jewell. “Now the National Park Service, America’s Storyteller, will forever be responsible for safeguarding the narrative of not only the sparks that ignited the Civil Rights movement but also the hope of the Reconstruction Era, which for far too long, has been neglected from our national conscience.  Current and future generations of Americans will benefit from learning about our painful past and can find inspiration to shape a brighter future.”

Acting Director of the National Park Service Michael T. Reynolds said, “These new national monuments are examples of public, private and philanthropic partnerships working toward a common goal to expand the American narrative we care for, support and share with park visitors. The cities of Birmingham and Anniston and Calhoun County in Alabama, Penn Center, Inc., the Brick Baptist Church, and private citizens in South Carolina, have donated interests in their property to the American people for inclusion in a national park unit for the benefit of all. In addition, the U.S. Navy has agreed to include historically significant portions of their lands in Port Royal, South Carolina, in the Reconstruction national monument. We look forward to working with everyone to develop the management plans for these sites, getting them open for visitors, and communicating their stories broadly.”

The Reconstruction Era began during the Civil War and lasted until the dawn of Jim Crow racial segregation in the 1890s. It remains one of the most complicated and poorly understood periods in American History. During Reconstruction, four million African Americans, newly freed from bondage, sought to integrate themselves into free society, into the educational, economic, and political life of the country. This began in late 1861 in Beaufort County, S.C., after Union forces won the Battle at Port Royal Sound and brought the ‘Lowcountry’ along the South Carolina coast under Union control. More than 10,000 slaves remained there when their owners fled the cotton and rice plantations. The then-Lincoln Administration decided to initiate the ‘Port Royal Experiment’ in Beaufort County to help the former slaves become self-sufficient.

The Freedom Riders were a group of civil rights activists, both African American and Caucasian, who tested integration laws on the interstate bus system. The incident in Anniston was quickly reported in newspapers and shown on television screens across the country, shocking the nation and inspiring more people to join the fight against the injustices of Jim Crow laws in the American South.

The Freedom Riders National Monument includes the former Greyhound Bus Station in Anniston and the bus burning site in Calhoun County six miles out of town.

In 1963, Birmingham was the epicenter of the American Civil Rights Movement. Activists like Rev. Dr. Martin Luther King, Jr., Rev. Fred Shuttlesworth, Rev. Ralph Abernathy, Sr., and countless unnamed heroes gathered there to demand equality for all people.  The activists planned the nonviolent marches and protests of the Project C (for Confrontation), or Birmingham campaign.

When Dr. King, was jailed for participating in marches through Birmingham, he wrote the famous April 16, 1963, Letter from a Birmingham Jail, declaring ‘I am in Birmingham because injustice is here.’  The events that took place in Birmingham in 1963 became a galvanizing force for the passage of the Civil Rights Act of 1964.

The Birmingham Civil Rights National Monument includes the A.G. Gaston Motel, the headquarters for Project C, where  Dr. King and Rev. Abernathy and Shuttlesworth stayed and held strategy sessions and meetings during the Birmingham campaign. They also staged marches, were served a subpoena, and held press conferences on the premises. Dr. King and his colleagues announced the negotiated resolution of the campaign in the motel courtyard on May 10, 1963. Hours later, a bomb exploded near the suite where Dr. King had stayed.

Other landmarks of the American Civil Rights Movement are within walking distance or a short drive from the A.G. Gaston Motel:

The National Park Service will now work with local citizens, historic society groups, and the public generally to develop management plans for all three new national monuments and prepare them for visitors.  Please check the websites for these monuments to see what is open to the public over time. The Alabama and Beaufort County sites bring to 417 the number of parks in the National Park System.

Today’s 48,000-acre expansion of the Cascade-Siskiyou National Monument builds upon the original monument’s goal to protect the area’s extraordinary biodiversity. Located in southwestern Oregon and established in 2000, Cascade-Siskiyou was the first monument designated solely for the preservation of its biodiversity. The monument is an ecological wonder, home to an incredible variety of rare and endemic plant and animal species, and representing a rich mosaic of forests, grasslands, shrub lands, and wet meadows at the convergence of three mountain ranges.

Several years ago, local scientists sounded the alarm that in the face of mounting external pressures including encroaching development and climate change, the original monument boundary was too small to sustain the diverse array of species that it was established to protect. The expansion, which includes a 5,000-acre extension into California, will provide vital habitat connectivity, watershed protection, and landscape-scale resilience to fire, insects and disease, invasive species, drought, or floods – events likely to be exacerbated by climate change.

“The BLM manages some of the nation's wildest and most sacred landscapes, including more than 800 areas that have been protected through congressional and presidential action. We're proud to be charged with stewarding these incredible lands for future generations, including today’s additions to the Cascade-Siskiyou National Monument and the California Coastal National Monument,” said Bureau of Land Management Director Neil Kornze. “The BLM looks forward to continuing and expanding our work with local communities to ensure successful management of these special places.”

In October, Deputy Secretary of the Interior Michael Connor attended a public meeting on the proposed expansion hosted by Senator Jeff Merkley (D-OR) in Ashland, Oregon. In addition to Senator Merkley’s leadership, Senator Ron Wyden (D-OR) and then-Senator Barbara Boxer (D-CA) have written in support of the expansion along with a wide array of state and local elected officials, local scientists, area businesses, and numerous conservation groups. Senators Wyden and Merkley also introduced legislation in 2015 that would have protected most of the areas in the expansion.

The California Coastal National Monument expansion, totaling approximately 6,200 acres, will protect six spectacular places on the California coast. The monument was originally established in 2000 to protect marine wildlife habitat just offshore of California’s iconic coastline. In 2014, President Obama expanded the monument to include Point Arena-Stornetta, its first onshore unit. Today’s expansion preserves important habitat for coastal plants and animals, and protects cultural sites that provide insight into the people who lived along the California coast thousands of years ago. Many of the new units of the monument are also culturally and spiritually important to local tribes.

These new units include:

This expansion is the result of former Senator Barbara Boxer’s strong commitment to the California coast, along with former Representative Lois Capps (D-24-CA) and Representatives Anna Eshoo (D-18-CA) and Jared Huffman (D-2-CA), who introduced legislation to protect these areas. In September, BLM Director Neil Kornze joined Representative Capps and state officials at a public meeting in Cambria, California, where they heard from area tribes, local government, the conservation and recreation communities, and local residents in support of the proposed expansion.

Both expansions will be managed by the Bureau of Land Management, which also manages the existing monuments.

A map of the Cascade-Siskiyou National Monument expansion can be found here.

A fact sheet on the Cascade-Siskiyou National Monument expansion can be found here.

Maps of the California Coastal National Monument expansion can be found here.

A fact sheet on the California Coastal National Monument expansion can be found here. 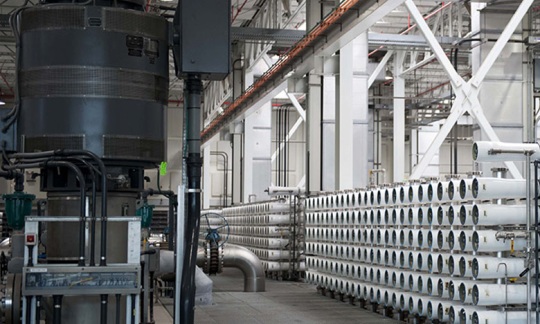