Washington, D.C. – Record numbers of visitors to national parks in 2014 translated into $29.7 billion in economic activity that supported nearly 277,000 jobs across the country, according to a report released today by Secretary of the Interior Sally Jewell and National Park Service Director Jonathan B. Jarvis. Jewell and Jarvis also today released the first-ever carbon storage assessment conducted by the NPS and the U.S. Geological Survey (USGS) that found national parks in the lower 48 states absorb 14.8 million metric tons of carbon dioxide (CO2) each year, with an estimated economic value of $582.5 million.

Jewell and Jarvis were in Florida today to join President Barack Obama during a visit to Everglades National Park to discuss the impact that climate change is having on America's natural and cultural resources. Later this week, the NPS will announce $26 million for restoration projects at national parks around the country, including $16 million from non-governmental partners. These Centennial Challenge Grants are part of a multi-year effort to prepare for the National Park Service Centennial in 2016, including a Find Your Park Campaign to connect a broader audience to public lands and President Obama's Every Kid in a Park initiative that will give every fourth grader and their families free access to national parks and all federal lands and waters for a full year, beginning this Fall.

“Our national parks often serve as economic engines for local communities, drawing tourists from around the world who pump money into area stores, restaurants, hotels and more,” said Secretary Jewell. “At the same time, these treasured landscapes have shown they support strong public health by absorbing carbon pollution that contributes to climate change. When we invest in our parks, we're not only preserving our natural and historic sites, we're supporting strong economic growth and healthier communities.”

“National parks are world-renowned for showcasing our country's vast natural beauty and cultural and historic heritage, and year after year, we are demonstrating that they are also economic engines in communities across the country,” Director Jarvis said. “Understanding the economic benefit contributes to a more comprehensive understanding of the overall value of national park resources. Every tax dollar invested in the NPS returns $10 to the U.S. economy thanks to visitor spending in gateway communities around the 407 parks of the National Park System.”

According to the peer-reviewed visitor spending report, national parks experienced a record-breaking 292.8 million visits in 2014. Visitation in 2014 rebounded from a 2013 decline that included a 16-day government shutdown and many park closures for repairs after Superstorm Sandy hit the Northeast in late 2012.

The re-opening of the Washington Monument – some 21 months after it was rocked by an earthquake and repaired – also added to 2014 visitation numbers. Additionally, several national parks saw record-breaking visitation in 2014, including Joshua Tree, Rocky Mountain, Grand Teton and Glacier national parks. All-time record visitation also resulted in all-time visitor spending, which jumped $1.1 billion in 2014, representing a 7.7 percent increase from 2013.

As part of preparations for the agency's 2016 Centennial celebration, the NPS is encouraging all Americans to explore their parks and public lands and discover the many meanings national parks can have, whether it's a feeling, a state of mind, or a sense of American pride. Jarvis said he's expecting visitation to rise this year and during the following Centennial year.

The carbon sequestration report released today is one of the first products developed by scientists in the Department of the Interior that meets a commitment made to develop an inventory of carbon storage on Department lands as part of the President's Priority Agenda for Enhancing the Climate Resilience of America's Natural Resources.

Information contained in the report provides a snapshot of carbon storage in parks and may be applicable for future park planning efforts. The scientists found that 78 percent of the parks studied functioned as net carbon sinks, meaning that more CO2 is stored, or sequestered, than is released. Great Smoky Mountains National Park stored the largest amount of CO2, 1.6 million metric tons, valued at $64.4 million, each year. 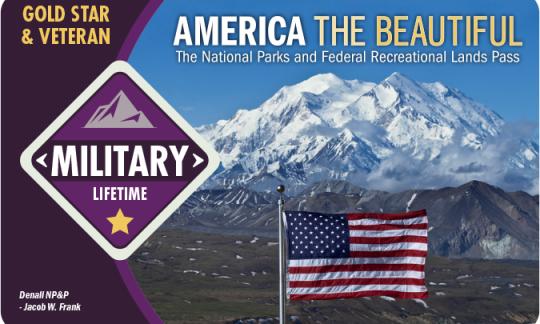