WASHINGTON – The U.S. Department of the Interior hosted the inaugural meeting of the U.S. Extractive Industries Transparency Initiative (USEITI) Multi-Stakeholder Group this week in Washington, D.C. The group has been convened as a Federal Advisory Committee that will pilot a new approach to participatory government, by bringing representatives from industry, government and the public together to develop new ways to bring greater transparency to the revenue that is generated and collected from extractive processes of our nation's natural resources.


“Our goals under EITI complement the top to bottom reforms of our natural resource management we have undertaken over the last three years here at the Department of the Interior,” said Secretary Ken Salazar, who appointed members last December. “It is this group – a strong, effective, and inclusive Multi-Stakeholder Group – that will collaboratively determine the details of USEITI implementation. Together, these appointed members will bring important experience to the table.”


Samantha Power, Senior Advisor to the President and Senior Director for Multilateral Affairs and Human Rights, joined Secretary Salazar in welcoming the members of the Committee and noted that “President Obama has championed open government at home and abroad from the beginning of his first term, including spearheading the creation of the Open Government Partnership, and announcing the U.S. intention to join EITI -- a critical tool in the fight against Corruption, aneffective weapon to ensure greater transparency and to empower citizens. “The Extractive Industries Transparency Initiative (EITI) is a voluntary, global effort designed to increase transparency, strengthen the accountability of natural resource revenue reporting, and build public trust for the governance of these vital activities. The design of each nation's EITI reporting requirements is country-specific and developed jointly by a Multi-Stakeholder Group comprised of members of the public, government, and companies through a multi-year, consensus-based process. Participating countries publicly disclose revenues received by the government for oil, gas, and mining development, while companies make corresponding disclosures regarding these same payments to the government. Both sets of data are reviewed and reconciled by a mutually agreed upon independent third party, and results are then released in a public report.


In its inaugural meeting, the USEITI Multi-Stakeholder Group considered an ambitious schedule for itself in 2013, to work toward completing an EITI candidacy application for consideration by the EITI Board. The group also formed a subcommittee to begin this work, and worked on terms of reference for how group members will work together in the months and years ahead. 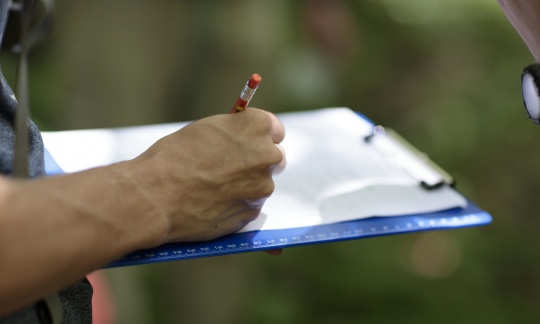