Washington, DC -- As they emphasized the importance of continued vigilance and interagency coordination in the joint response to the Deepwater Horizon incident in the Gulf of Mexico, Secretary of Homeland Security Janet Napolitano and Secretary of the Interior Ken Salazar today laid out the next steps for the investigation that is underway into the causes of the April 20 explosion that left 11 workers missing, three critically injured, and an ongoing oil spill that the responsible party and federal agencies are working to contain and clean up.


"As we continue to work with our federal, state, local and private sector partners to respond to this ongoing incident, we must also effectively determine and address its causes," said Secretary Napolitano. "Secretary Salazar and I share President Obama's commitment to devoting every available resource to a comprehensive and thorough investigation."


“We will remain focused on providing every resource we can to support the massive response effort underway at the Deepwater Horizon, but we are also aggressively and quickly investigating what happened and what can be done to prevent this type of incident in the future,” said Secretary of the Interior Ken Salazar.


Secretary Salazar and Secretary Napolitano made the announcement as they signed an order establishing the next steps for a joint investigation that is underway into the causes of the explosion of the drilling rig Deepwater Horizon in the Gulf of Mexico. The U.S. Coast Guard (USCG) and the Minerals Management Service (MMS) share jurisdiction for the investigation. The MMS is responsible for investigating incidents related to systems associated with exploration, drilling, completion, work over, production, pipeline, and decommissioning operations for hydrocarbons and other minerals on the Outer Continental Shelf. The USCG investigates maritime industry deaths, injuries, property loss, and environmental damage to determine the causes of accidents. The Coast Guard also investigates merchant mariner negligence or misconduct and possible criminal and civil offenses; and analyzes trends and risks in the maritime industries.


The joint investigation, which began on April 21, will proceed under a Joint Statement of Principles and Convening Order, and a Memorandum of Agreement, which lays out roles and responsibilities that relate to each agency's area of expertise. The joint investigation will have the power to issue subpoenas, hold public hearings, call witnesses, and take other steps that may be needed to determine the cause of the incident.


Later today, Assistant to the President for Energy and Climate Change Carol Browner and White House Senior Advisor Valerie Jarrett, Secretary Napolitano, U.S. Coast Guard Commandant Admiral Thad Allen, and Secretary Salazar and DOI Deputy Secretary David Hayes are holding meetings with BP senior leadership—including the CEO of BP Group, the President and Chairman of BP America, and Executive Vice President of BP America —to discuss the response effort and to ensure all is being done to respond to this incident.


A unified, coordinated response continues among federal, state, local and private sector partners to stop the flow of oil and minimize its environmental impact. 1,000 total personnel are currently deployed and have used nearly 15,000 gallons of oil dispersant so far. Nearly 50,000 gallons of oily water have been collected. 11 offshore response vessels, eight skimming boats and multiple aircraft are conducting containment and cleanup operations in the area.


A Web site has been established where photos, press releases and fact sheets are available at www.deepwaterhorizonresponse.com. A toll free number has been established to report oiled or injured wildlife. To report affected wildlife, call (866) 557-1401. Individuals are urged not to attempt to help injured or oiled animals, but to report any sightings to the toll free number. 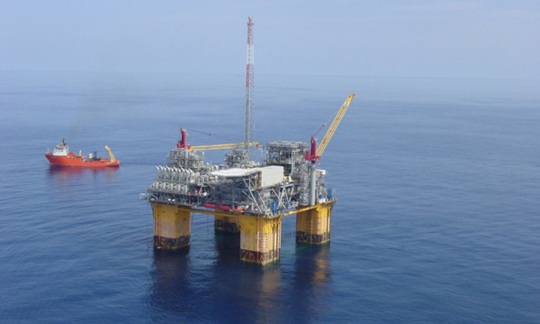