WASHINGTON – In partnership with state, tribal, and federal agency partners, the Obama Administration today released the first draft national strategy to help decision makers and resource managers prepare for and help reduce the impacts of climate change on species, ecosystems, and the people and economies that depend on them.

The draft National Fish, Wildlife and Plants Climate Adaptation Strategy, available for public review and comment through March 5, 2012, can be found on the web at www.wildlifeadaptationstrategy.gov

The strategy represents a draft framework for unified action to safeguard fish, wildlife and plants, as well as the important benefits and services the natural world provides the nation every day, including jobs, food, clean water, clean air, building materials, storm protection, and recreation.

“The impacts of climate change are already here and those who manage our landscapes are already dealing with them,” said Deputy Secretary of the Interior David J. Hayes. “The reality is that rising sea levels, warmer temperatures, loss of sea ice and changing precipitation patterns – trends scientists have definitively connected to climate change – are already affecting the species we care about, the services we value, and the places we call home. A national strategy will help us prepare and adapt.”

Congress called for a national, government-wide strategy in 2010, directing the President's Council on Environmental Quality and the Department of the Interior to develop it. CEQ and Interior responded by assembling an unprecedented partnership of federal, state and tribal fish and wildlife conservation agencies to draft the strategy. More than 100 diverse researchers and managers from across the country participated in the drafting for the partnership.

The partnership is co-led by Interior's U.S. Fish and Wildlife Service, the Department of Commerce's National Oceanic and Atmospheric Administration, and the New York State Department of Environmental Conservation, representing state fish and wildlife agencies.

The strategy will guide the nation's efforts during the next five years to respond to current and future climate change impacts such as changing species distributions and migration patterns, the spread of wildlife diseases and invasive species, the inundation of coastal habitats with rising sea levels, and changes in freshwater availability with shifting precipitation and habitat types. The strategy does not prescribe mandatory activities that agencies must take nor suggest regulatory actions; rather, it provides a roadmap for decision makers and resource managers to use in considering climate change implications to their ongoing wildlife and habitat management activities.

Elements of the draft strategy include:

"For more than a century, state fish and wildlife agencies have been entrusted by the public to be good stewards of their natural resources. To do that, we constantly are called upon to address threats to our natural resources,” said Patricia Riexinger, Director of the Division of Fish, Wildlife and Marine Resources for the New York State Department of Environmental Conservation. “Today's pressures on fish and wildlife and their habitats are exacerbated by climate change and together they emphasize the need for increased conservation and science-based management. The strategy is our nation's insurance for managing healthy and robust ecosystems in uncertain future conditions."

“This strategy provides a framework for safeguarding America's fish, wildlife and plant resources and the valuable services they provide over the long-term,” said Jane Lubchenco, Ph.D., undersecretary of commerce for oceans and atmosphere and NOAA administrator. “NOAA is committed to working with federal, state, tribal and local government agencies, non-government organizations and the public in this process because we all have important roles to play in preparing all regions of our nation in a changing climate.”

Public comments can be submitted online through the strategy website via a special link. Written comments may be submitted via the U.S. mail to the Office of the Science Advisor, Attn: National Fish, Wildlife, and Plants Climate Adaptation Strategy, U.S. Fish and Wildlife Service, 4401 N. Fairfax Drive Suite 222, Arlington, VA 22203. In addition, there will be five public information sessions in various locations around the country and two webinars to provide details and encourage dialogue on the strategy and its development. To register for these meetings and for more information on the public comment process, visit http://www.wildlifeadaptationstrategy.gov/public-comments.php 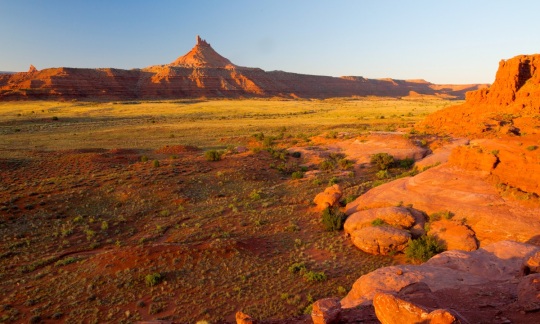