SACRAMENTO - The U.S. Department of the Interior, the U.S. Bureau of Reclamation, the California Natural Resources Agency and the California Department of Water Resources today announced a first step in responding to public comments on a draft Memorandum of Agreement (MOA) with California water agencies that will enhance transparency in developing the Bay Delta Conservation Plan (BDCP) by speeding access to draft technical documents. This initial step will be followed by additional responses to public comments that have been filed on the MOA.

“The Bay Delta Conservation Plan may propose the largest habitat restoration project ever to be undertaken in the United States in the largest and most important estuary on the west coast of the Americas,” said Deputy Secretary of the Interior David J. Hayes. “This needs to be done right, and that is why we are announcing our joint commitment that all parties have access to key documents involved in the development of the BDCP.”

“Our expectation is that broad stakeholder understanding of its scientific underpinnings will improve their engagement in both the plan and its implementation," said Secretary of Natural Resources John Laird. "Fish, farmers and the 25 million average Californians who rely on the San Francisco-San Joaquin Delta for water deserve nothing less."

Laird continued: "One thing is absolutely clear as review of the comments on the MOA have begun -- no one wants even the appearance of a special advantage. Thus, while other comments on the MOA will be addressed in coming weeks, there is no need to wait on committing to release all documents to all parties at the same time."

This enhancement will be finalized in a letter among the controlling agencies in December. The letter will spell out that key BDCP-related documents will be posted on the internet at www.BayDeltaConservationPlan.com and made available to all parties for review at the same time. A list of expected release dates will be posted on the website within the week. 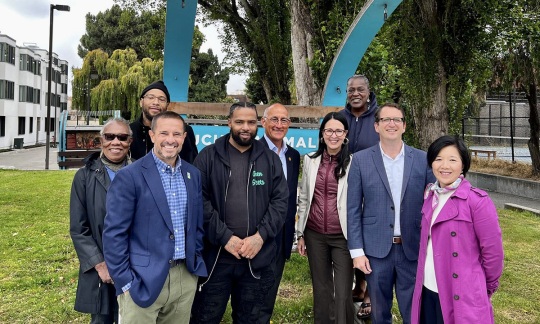