Additional Water to be Released from Lake Powell to Lake Mead, Avoiding Shortages in Lower Basin in 2012

WASHINGTON, DC — The Department of the Interior announced today that over the next six months, the Bureau of Reclamation expects to release a projected additional 3.33 million acre-feet (maf) of water from Lake Powell in Utah and Arizona to Lake Mead in Nevada. This new projection, boosted by a significant snowpack in the Upper Basin of the Colorado River, supplements the previously projected release of 8.23 maf—for a total of 11.56 maf—to fulfill the guidelines of the historic agreement reached between the Department and the seven Colorado River Basin States in 2007.

“Drought conditions over the past 11 years had raised the possibility of water shortages in the Lower Basin over the next year, but thanks to good precipitation, wise planning, and strong collaboration among the states, we are able to release additional water and avert those shortages,” said Secretary of the Interior Ken Salazar.

After an intensive public review process, in 2007 the Department of the Interior approved the Colorado River Interim Guidelines for Lower Basin Shortages and the Coordinated Operations for Lake Powell and Lake Mead to address operation of the lakes, particularly under low-reservoir conditions. These Guidelines provide detailed rules that determine the amount of water released from Hoover and Glen Canyon Dams each year and are based on an operational framework agreed to by the Basin states. The Guidelines represent an important example of the ongoing collaborative partnership between the federal government and the seven states on Colorado River management issues.

“The Colorado River is an important resource for seven states in the Southwest as well as Mexico,” said Assistant Secretary of the Interior for Water and Science Anne Castle. “Continued engagement between the seven Colorado River Basin states and the Department of the Interior has ensured the management process continues to function as planned and will continue to be essential. Today's announcement demonstrates the importance of having operational rules in place to guide management of the Colorado River under varying conditions.”

In noting that total releases in Water Year 2011 (which ends September 30, 2011) are now projected to total 11.56 maf, Reclamation Commissioner Michael L. Connor pointed out that the current April-through- July inflow forecast for Lake Powell from the spring runoff is 9.5 maf, which is 120 percent of average. This is also an increase of 300,000 acre-feet over the March 2011 inflow forecast.

“The Colorado River Basin has experienced historic drought, and while this winter's snowpack will benefit river flows, we cannot say that the drought is over,” cautioned Commissioner Connor. “Given the potential for extended dry years, and the effects of climate change on snowpack and runoff in the Colorado Basin, we must continue to work with the states, tribes and other stakeholders in the Basin to meet the water needs in the future.”

Under the terms of the operational guidelines, the snowpack conditions and expected inflows triggered what are called “equalization operations” under which the current annual release volume of 11.56 from Lake Powell has been projected. The projected annual release will be updated each month through the end of September 2011 to reflect changing hydrology. As a result, Lake Powell is expected to be at similar levels as last year, peaking in July at about elevation 3,643 feet above sea level. The additional water will increase Lake Mead elevation levels by more than 20 feet since October 2010, ending September 2011 at 1,105 feet above sea level.

Because of the continuation of spring storms and cooler temperatures in the Upper Basin, runoff will continue into the late spring. At the present time, Lake Powell is 52 percent full with 12.7 maf of water in storage. Forecasters warn that at this point in time, a rapid increase in temperatures may lead to very high flows once the runoff begins with the possibility of some localized flooding in the Upper Basin states.

NOTE: A fact sheet with additional specific information related to the coordinated operations of Lake Powell and Lake Mead is available upon request. 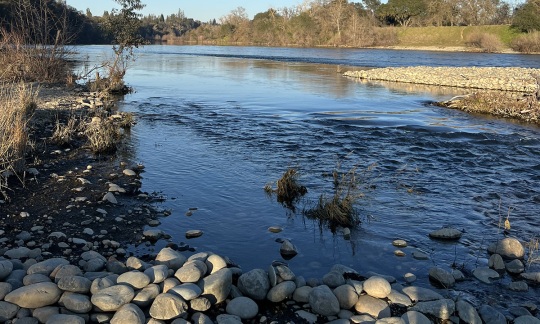 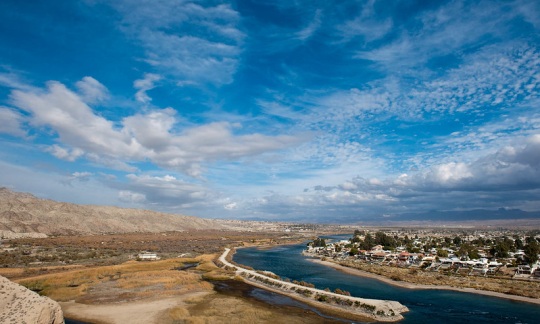