WASHINGTON — Secretary of the Interior Ken Salazar today released a final 50-State America's Great Outdoors Report outlining more than 100 of the country's most promising projects designed to protect special places and increase access to outdoor spaces. The full report – which contains two projects per state – comes as part of President Obama's America's Great Outdoors (AGO) initiative to establish a community-based, 21st century agenda for conservation, recreation, and reconnecting Americans to the outdoors.

“We have listened to the American people and their elected representatives about the most important things we can do to conserve our land and water and reconnect people, especially young people, to the outdoors,” Salazar said. “These projects represent what states believe are among the best investments in the nation to support a healthy, active population, conserve wildlife and working lands, and create travel, tourism and outdoor-recreation jobs across the nation.”

The list also includes 11 initiatives requested by states to establish new national wildlife refuges, national park units and other federal designations; five projects that will assist states and communities to protect key open space; and five initiatives to educate young people and connect them to nature.

The report is a result of 50 meetings with governors and stakeholders held by Salazar and other senior Interior officials to solicit ideas on how to best implement AGO in their states. These projects were identified for their potential to conserve important lands and build recreation opportunities and economic growth for the surrounding communities. Key stakeholders that were engaged in the conversation included private landowners, local- and tribal-elected officials, community organizations and outdoor-recreation and conservation groups.

Interior Department agencies will work with states and communities to advance the projects with existing resources through technical support and with their administrative authorities, and coordinate among each of its key bureaus – including the National Park Service, the Bureau of Land Management, the Bureau of Reclamation, and the U.S. Fish and Wildlife Service – and, where possible, other federal agencies, to direct available resources and personnel to make tangible progress on these projects. They will also partner with states and communities to leverage grants, private funding and other resources.

In the next month, the Secretary will identify a Department official to lead each project. Those individuals will be held accountable for the development of an action plan, in collaboration with local stakeholders; and the advancement of that plan during the next year.

When President Obama launched the AGO last year, he assigned the Secretaries of the Departments of the Interior and Agriculture, the Administrator of the Environmental Protection Agency, and the Chair of the White House Council on Environmental Quality to lead the initiative.

Based on the extensive listening sessions, the federal agencies submitted to the President “America's Great Outdoors: A Promise to Future Generations,” a report which defines an action plan for conservation and recreation in the 21st century.

Among the goals set forth in the report were better focusing the conservation and recreation efforts of the federal government by creating and enhancing urban parks and green spaces, renewing and restoring rivers, and conserving large, rural landscapes.

To view the full report, see below or click here.

To view a map of the projects announced, click here. 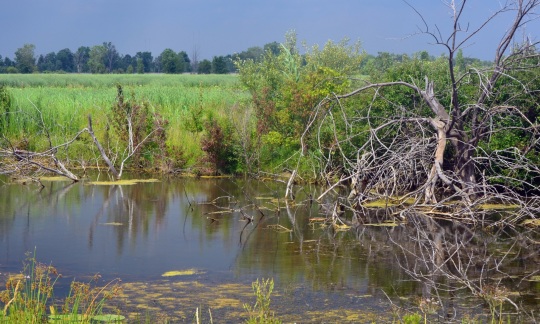