WASHINGTON, D.C.- Today Secretary of the Interior Ken Salazar told the annual Corps Network Forum that he has challenged the Interior bureaus to increase youth employment opportunities in 2010 by 50 percent over 2009 figures and in 2011 by 60 percent. This new challenge will give a big boost to youth employment and education programs throughout the nation.


“You are the future conservation leaders in the United States of America,” Salazar told the members and staff of conservation corps from across the country. “As stewards of our parks, wildlife refuges and other public lands, the Department of the Interior emphasizes not only the importance of nature to youth but also the importance of youth to nature. We hope that you not only find a job but also a connection to the Great Outdoors and a career in the emerging Clean Energy Economy.”


The Secretary announced that together, Interior and its bureaus will directly employ at least 12,000 youth in 2010—a 50 percent increase over the 8,000 in 2009. The department also indirectly employs youth through other organizations and reaches millions of youth through education and recreation programs.


“Step by step, corps member by corps member, year by year, together we are building a 21st Century Youth Conservation Corps that will not only help provide jobs for thousands of youth but also will help protect America's Treasured Landscapes, build our new renewable energy frontier, and empower Native American communities,” the Secretary said.


At the event today, Secretary Salazar also unveiled a new Bureau of Reclamation Youth Conservation Program and announced that the agency has selected the Corps Network to help it develop the program.


“We are particularly excited to work with your Corps Network to develop the Bureau of Reclamation's new program that will engage youth in hands-on crew work, as well as internship opportunities,” Secretary Salazar noted.


Funding for this cooperative agreement could be up to $5 million over a five year period. At Reclamation, the youth will learn and contribute to Reclamation goals of delivering water for agriculture and municipal users, providing renewable energy for America's future, focusing on 21st Century Water Management and a commitment to Native American Tribes.


The importance of the Youth in the Great Outdoors Initiative is reflected in the FY 2011 budget proposal, which includes large increases not only in employment of teens and young adults ages 16-25 but also in education and recreation programs that engage youth of all ages.


Increases include $5.8 million for youth employment and education programs in the national park system and $2 million for youth programs at national wildlife refuges. The budget also includes $2 million for the Fish and Wildlife Service and Bureau of Land Management to join with the National Fish and Wildlife Foundation in public-private partnerships to promote priority species conservation on both public and private lands. The National Park Service also will dedicate $6.4 million of recreation fees collected at parks to youth projects that benefit the visitor experience. This is an additional $2 million over the 2010 level.

Office of Youth in the Great Outdoors: Employ, Educate, Engage


In 2009 Secretary Salazar established a new departmental Office of Youth to catalyze these programs. The office will lead efforts to “employ, educate and engage” Youth in the Great Outdoors.

The Secretary noted that today's programs have inherited the spirit of the Civilian Conservation Corps, which provided employment during the Great Depression of the 1930s and also helped build trails, facilities and conservation projects in national parks and other areas.

“Our economic troubles are particularly tough on young people, just as they were during the Great Depression,” said Secretary Salazar. “Young people again face double-digit unemployment rates (20% according to some estimates). And Interior is again in a unique position to put thousands of young people to work – especially during the summer, when young people need jobs the most.”

The Youth in the Great Outdoors Initiative places a special emphasis on engaging youth from underserved communities where unemployment is highest, as well as young women and girls.


In addition to employment, the Department of the Interior engages millions more youth each year through educational and other programs.


“The future of America's treasured landscapes depends upon the next generation's understanding of and connection to the Great Outdoors, so getting younger children outside in nature and providing educational programs for them is just as important as providing jobs for older youth,” said Secretary Salazar.


For example, Department of the Interior and bureau programs serve: 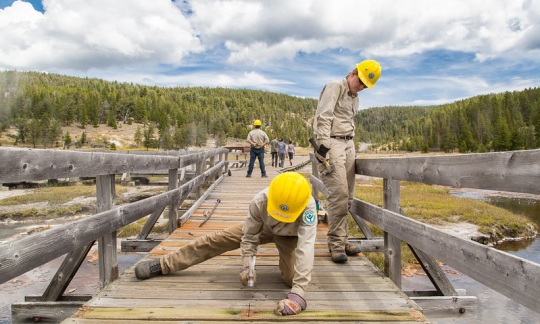 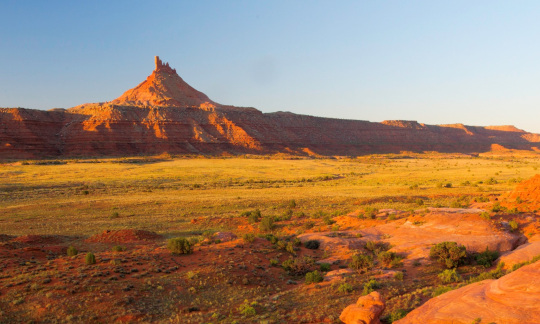 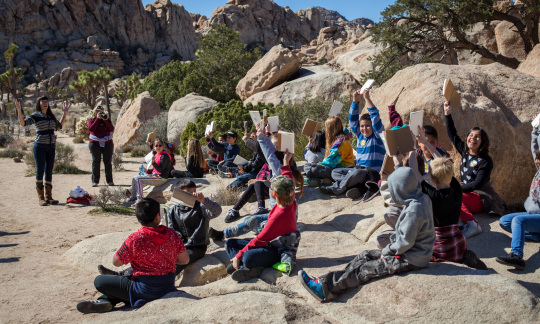